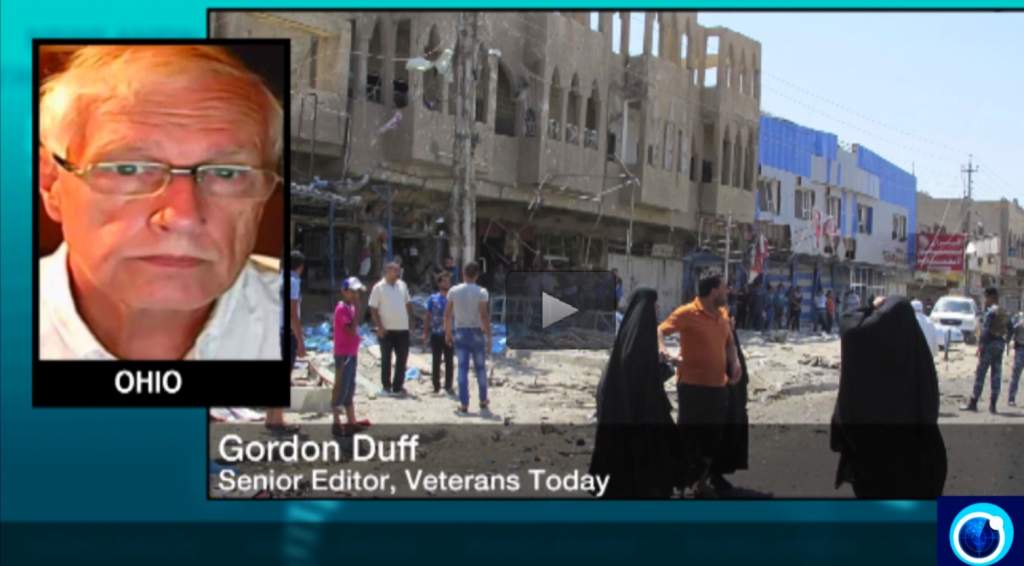 Gordon Duff, senior editor at Veterans Today, made the statement while commenting on Monday remarks by Mattis ahead of an unannounced visit to the war-ravaged country.

In an apparent attempt to distance himself from recent remarks by President Donald Trump regarding Iraq and its oil, the Pentagon chief, who was en route to Iraq, asserted that Americans are “not in Iraq to seize” oil.

In the course of one year after the 2003 invasion of Iraq, the US “stole 40 percent of Iraq’s oil that was sent out thought the Kirkuk pipeline to the Mediterranean port, south of Seyhan, Turkey,” Duff told Press TV.

“And it was loaded on the tankers owned by, well oddly enough, mostly Exxon corporation.”

“Those tankers would be loaded, supertankers one after another, with Iraqi oil that was never paid for and then again we have the issue of ISIS (Daesh) and their 12,000 trucks that the US never saw.”

“The oil trade is still going on,” asserted the Ohio-based commentator. “That oil [is] being shipped into Turkey, where it’s processed for the Turkey market or it’s put in the same Seyhan pipeline.”

The stolen oil is also being sold at a “highly discounted price” to ExxonMobil, “and that would be Rex Tillerson.”

Duff noted that Mattis himself “knows all about this.”

There remains the question, he asked, “why does he [Mattis] say this?”

In March 2003, the US and Britain invaded Iraq in blatant violation of international law, over Iraq’s “weapons of mass destruction,” but no such weapons were ever discovered in the country.

Commenting on Iraq in a speech to CIA staff on January 21, Trump said, “We should have kept the oil. But okay. Maybe you’ll have another chance.”

Later he clarified his saying, by stating that the US “should have taken the oil. You wouldn’t have ISIS (Daesh) if we took the oil.”

Iran and Iraq have signed a basic agreement that envisages exporting Iraqi oil through the Iranian territory – a scheme that would remove Baghdad’s reliance on the Kurdistan Regional Government (KRG) to export its oil through a pipeline to Turkey.

The agreement was signed during a meeting between Iraq’s Oil Minister Jabar al-Luaibi and his visiting Iranian counterpart Bijan Zanganeh.

Both sides also agreed to commission an international consulting company to conduct a feasibility study over the project, Iran’s Shana news agency reported.

This came against the backdrop of a long-standing dispute between Baghdad and the KRG over a scheme to pipe Iraq’s oil from Kirkuk to the Turkish Mediterranean port of Ceyhan.

The flow of the pipeline was interrupted for several months last year as the Iraqi government disagreed with the Kurds on their share in the national oil revenue and budget, Reuters wrote in a report on Iran-Iraq agreement.

Last August, a top Iraqi official was quoted by media as saying that Baghdad was considering shipping its crude oil through Iran.

This was raised after indications grew that Iraq and the KRG were unable to resolve disputes over a demand by the Kurds for a bigger share of the oil proceeds.

“If the negotiations [between Iraq and the KRG] come to a close without an agreement, we will start to find a way in order to sell our oil because we need money, either to Iran or other countries,” Reuters quoted Iraq’s Deputy Oil Minister Fayadh al-Nema as saying in a report last August.

Under the scenario, the Iraqi government would be shipping about 150,000 barrels per day of oil through Iran from fields in Kirkuk, the report added.