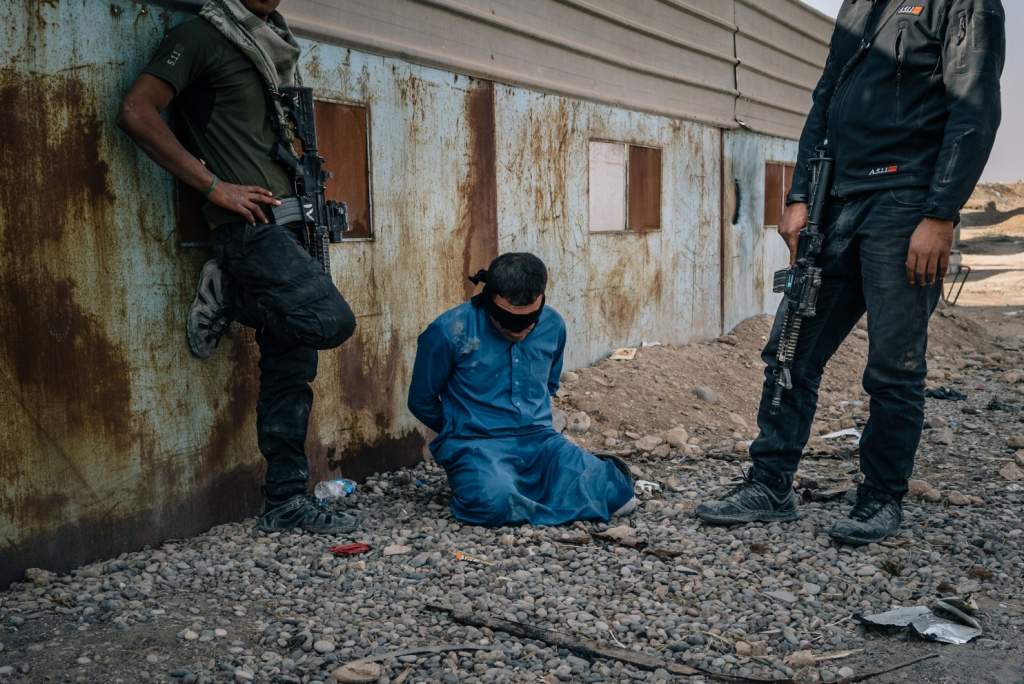 A man, blindfolded and handcuffed, kneels between two members of the Iraqi security forces after being detained and accused of having links to the Islamic State in November. (Alice Martins/For The Washington Post)
–
…by Loveday Morris  (submitted to VT by WaPo)
–

RAMADI, Iraq — The Islamic State is nearing defeat on the battlefield, but away from the front lines its members are seeping back into areas the group once controlled, taking advantage of rampant corruption in Iraq’s security forces and institutions.

Police officers, judges and local officials describe an uneven hand of justice that allows some Islamic State collaborators to walk, dimming Iraq’s chances of escaping the cycle of violence that has plagued the country since the 2003 U.S.-led invasion.

In the western city of Ramadi, retaken a year ago, officials say evidence against the accused disappears from police files, while witnesses are too scared to testify. A bribe of as little as $20 can buy a laminated security pass granting access to the city.

In Salahuddin province, a mayor recounted how Islamic State members had returned to his small town, later saying he had received death threats. In Kirkuk, a woman said police were asking for tens of thousands of dollars to release her son, who is accused of helping the militants.