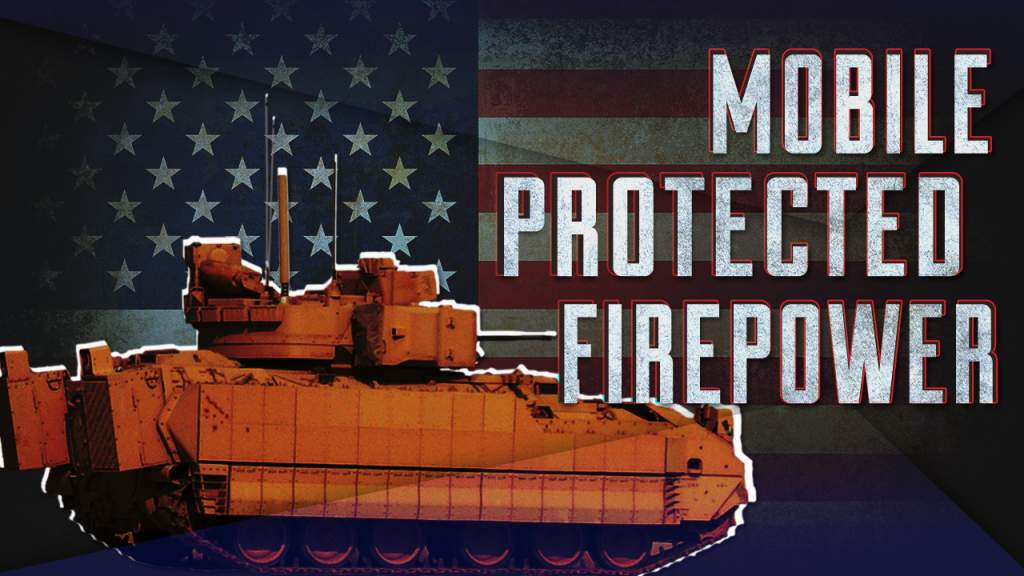 In the first half of August of 2016, the U.S. Army Training and Doctrine Command (TRADOC) located at Fort Benning, Georgia, invited almost 200 representatives from the defense industry to a meeting to discuss the desire to acquire a whole new type of vehicle. The program was named “Mobile Protected Firepower” (MPF). The U.S Army has decided to dispense with its overly bureaucratic acquisition system of past decades, and has instead had the TRADOC, the command that is most knowledgeable of what the Army requires, sit down directly with industry professionals from the very start to design a vehicle that takes existing technologies and capabilities to design a workable solution at minimal cost. Apparently, the U.S. Army has learned something from past failed programs.

In concept, the MPF is seen as a highly mobile vehicle that is able to accompany and support Stryker Brigade Combat Teams and mobile and mechanized infantry formations, and aid reconnaissance-in-force missions. The MPF will be a fully tracked armored vehicle light and small enough to negotiate urban areas, and traverse poor roads and bridges in underdeveloped regions of the globe.

General Dynamics has already proposed the use of the chassis of its Ajax vehicle, being produced as an armored recon vehicle for the British Army, as a possible starting point for an acceptable MPF prototype. Named the Griffin, the vehicle mounts the XM-360 light weight 120mm rifled tank gun in a fully enclosed turret on the Chassis of the Ajax. The XM-360 gun was originally designed during the height of the FCS program. It is about 800 pounds lighter than the gun mounted on the M1 Abrams tank, is fitted with a muzzle break to reduce recoil, and is equipped with an autoloader to reduce the crew requirement by one man. Although still in the early stages of prototype development, the U.S. Army hopes to field an MPF vehicle by the mid-2020s.

The Armored Multi-Purpose Vehicle (AMPV) program was initiated in March of 2013. BAE Systems was awarded the contract to supply the new vehicle in December of 2014, and unveiled the first production example in December of 2016. The AMPV is based on the M2 Bradley family of vehicle, and thus now shares many components with the Bradley and newly designed M190A6 Paladin. An M2 Bradley based vehicle to replace the M113 was extremely logical and offers many benefits over the older design. The new vehicle is much larger than the M113, offering 78% more internal volume.  Five variants are being produced; General Purpose, Mortar Carrier, Armored Ambulance, Mobile Medical Clinic and Mobile Command vehicle.

Probably the most important procurement program of the last quarter of a century for the U.S. Army, the AMPV will modernize the lifeblood of the services mechanized units.

The Joint Light Tactical vehicle (JLTV) combines the utility of the HMMWV with increased mobility, armament, multiple modular armor protection packages, and the best IED defeating qualities of a Mine Resistant Ambush Protected vehicle (MRAP). Oshkosh Defense, who produces the M-ATV for the U.S. military, was awarded the JLTV contract in the summer of 2015. The JLTV balances mobility, utility and protection in a proven combination of existing technologies. The vehicle can be equipped with machine guns, a grenade launcher, or a 30mm autocannon.

The U.S. Army seemed to acknowledge its own failures in recent years, and revised its acquisition process in a number of key areas. The AMPV, JLTV and MPS programs illustrate a more pragmatic approach, aiming for more realistic goals and relying on improving upon existing, proven technology. The U.S. Army is playing catch-up to acquire the armored vehicles desperately required to replace aged and outdated fleets. It remains to be seen how financial constraints will effect these programs, as a new Trump administration, which has vowed to strengthen and rebuild the U.S. military, takes over executive functions in January of 2017.

The leadership of the U.S. Army is faced with the challenge of maintaining a material and technological edge over its “Near-Peer” challengers, Russia and China. Both of these nations have developed impressive and capable armored vehicles during the years when the U.S. Army was throwing money down the drain. The battlefield accomplishments of the Russian T-90 MBT and TOS-1 Self-Propelled Rocket Artillery have been demonstrated in Syria, with the T-90 being the only advanced tank in theater proven to survive ATGM attacks on more than one occasion. New Chinese armored vehicles, though unproven in combat, are surely drawing the interested attention of the U.S. defense industry and the U.S. Army top leadership.

It appears that the U.S. Army has finally turned the page on its failed acquisition efforts, and is progressing in the right direction; however, it must rely on updated legacy systems for at least another decade before new vehicles start making their presence felt in significant numbers.