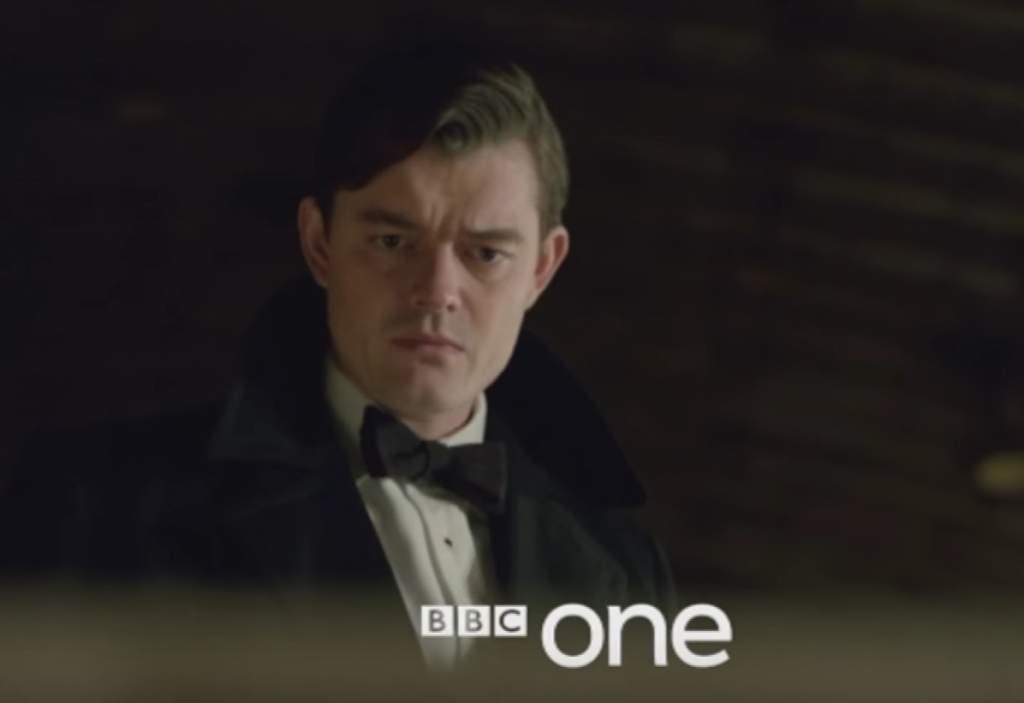 Sputnik/Moscow: The new BBC television drama, “SS-GB,” tells the fictional story of the Nazi occupation of Britain during the Second World War. Adapted from the novel of the same name by Len Deighton, the story ponders the dilemma faced by British police detective, Douglas Archer (played by Sam Riley), in working for his country’s fascist occupiers.

This is all fine as far as it goes. The problem comes with the drama’s depiction of a wartime alliance between Nazi Germany and the Soviet Union. Such an alliance is established in the opening scene of the first episode in the context of a “German-Soviet friendship week” ceremony in London, involving the Nazis presenting a visiting Soviet delegation with a British spitfire fighter aircraft as a gift. Then, later, plumbing the depths of crudity, we see a large poster of Karl Marx hanging between two giant Swastika flags on a building in Nazi-occupied central London.

Artistic and dramatic license is one thing, historical distortion with a transparent ideological and political motive is something else entirely.

In this particular case, with this BBC drama, the historical distortion amounts to insulting the millions of Soviet troops and civilians who perished in the most brutal conflict the world has known. Despite attempts by Western ideologues over the years since to inflate the role of the British, American, and other Western allied forces in defeating the Nazis, the role of the Red Army on the Eastern Front, where 80 percent of all combat during the war took place, was central to the war’s outcome. Indeed without the epic resistance of the Soviet Union to the Nazi war machine, fascism would undoubtedly have prevailed in Europe with all the ensuing cataclysmic consequences.

The attempt to draw an equivalence between the Soviet Union and Nazi Germany is implicit in the BBC drama, as it is in the novel from which it is adapted, which was published in 1978. It is a facile comparison, rooted in propaganda, one that was commonly embraced in the West during the Cold War. In the interests not only of historical accuracy but also justice, and having entered a period of anti-Russian hysteria that parallels the high point of the Cold War, such a comparison cannot be allowed to go unremarked.

Fascism grew across Europe beginning in the 1930s. The first battleground in which it was contested was Spain with the Spanish Civil War.

It was a conflict that began in 1936, after the country’s democratically elected left-wing Republican government came under attack from pro-Monarchist and reactionary forces led by General Franco. The conflict sparked the formation of the legendary International Brigades, comprising men and women from all over the world who traveled to Spain to join the struggle against fascism. They did so on the basis that if fascism managed to defeat the country’s Republican government and take power, it would not end there given the expansionist ambitions of Hitler and Mussolini, which by then were already apparent. Both leaders committed considerable military forces to the conflict, using it as a testing ground for newly developed aircraft, weaponry, and tactics with those expansionist ambitions in mind.

In contrast the United States, Britain, and France adopted a policy of non-intervention, which was a betrayal of those fighting to maintain democracy within the Spanish Republic. Worse, in the context of the massive German and Italian that was being to Franco, non-intervention was tantamount to aiding and abetting the fascist cause. History records that the only country to come to the aid of Republican Spain was the Soviet Union, which sent men, aircraft, arms and military resources to the conflict in the attempt to deny European fascism a victory that would only give it the impetus to continue to advance thereafter.

Sure enough, fascism did spread after Franco and his forces managed to prevail, when they emerged victors in 1939. At the same time as fascism grew, so did appeasement in both Britain and France, especially among the wealthy and ruling elites of both countries, a significant section of whom viewed Hitler and the Nazis as an antidote to communism and rising working class militancy against the crippling poverty and inequality that was their lot.

In Britain’s case, appeasement, which the country’s future wartime leader Winston Churchill famously described as feeding a crocodile in the hope that it eats you last, reached as high as the royal family, with King Edward VIII known to have harbored Nazi sympathies during his brief period on the throne.

Edward VIII reviewing a squad of SS with Robert Ley, 1937

British and French appeasement of Hitler reached its nadir with the Munich Agreement of 1938, where Britain and France effectively handed Czechoslovakia over to the Nazi dictator’s tender mercies. This was despite Moscow urging France and Britain to join forces in order to defend Czechoslovakia. Moscow’s entreaties were dismissed, which merely exacerbated Soviet leader Joseph Stalin’s suspicions that the Western powers were intent on supporting Hitler’s eastwards expansion. He was perfectly justified in holding those suspicions, given the craven capitulation to fascism that had marked the stance of British and French stance towards fascism up to this point.

The so-called Molotov-Ribbentrop Pact (1939) was a direct result of the Munich Agreement. It was a non-aggression pact signed between Moscow and Berlin with expediency in mind. Hitler’s motive was to forestall the prospect of becoming embroiled in a war on two fronts as he turned his war machine on France and Britain, while for Stalin, it provided the necessary time and space in which to modernize the Red Army, in preparation for the war the Soviet leadership knew was coming, but did not expect until the Spring of 1942.

Hitler, it should be noted, was an admirer of the British Empire, which he used as a template of his plans to colonize Eastern Europe in the interests of Lebensraum (living space) for the German people. His overriding objective was to destroy the Soviet Union and what he described as Judeobolshevism.

In his landmark work on the Holocaust — Why Did The Heavens Not Darken? — Arno J. Mayer writes, “Conceived and proclaimed as a ‘holy war’, the campaign against Soviet Russia had all the hallmarks of an absolute war.”

When Barbarossa was unleashed on 22nd June 1941, Winston Churchill delivered a radio broadcast to the British people. “The past, with its crimes, its follies and its tragedies, flashes away,” he said.

“I see the Russian soldiers standing on the threshold of their native land, guarding the fields which their fathers have tilled from time immemorial. I see them guarding their homes; their mothers and wives pray, ah yes, for there are times when all pray for the safety of their loved ones, for the return of the breadwinner, of the champion, of their protectors.”

Later in the same broadcast, the British prime minister pledged to “give whatever help we can to Russia and to the Russian people. We shall appeal to all our friends and Allies in every part of the world to take the same course and pursue it as we shall, faithfully and steadfastly to the end.”

Deighton’s book and its dramatization by the BBC cannot be justified on the basis of alternative history, not when the real history involved such an epic loss of life and sacrifice.