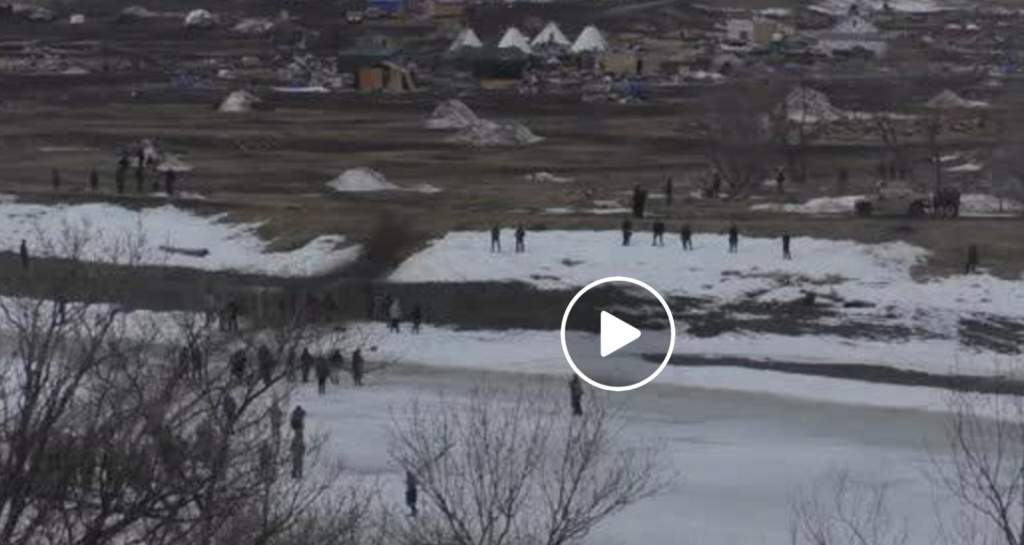 Military vehicles, bulldozers and riot-geared police have moved into the Oceti Sakowin camp near the Standing Rock Sioux reservation in North Dakota, intended to clear out the remaining protesters against the Dakota Access Pipeline.

Live-streams from across the Cannon Ball River showed police, including state troopers from Wisconsin, and what looked like National Guard troops entering the mostly abandoned encampment on Thursday morning, accompanied with armored vehicles and construction equipment.

About 100 protesters remained in the camp on Wednesday, defying the deadline for evacuation ordered by North Dakota’s governor.

“Today’s expulsion is a continuation of a centuries old practice, where the US Government forcefully removes Indigenous people from our lands and territories,” executive director of the Indigenous Environmental Network Tom Goldtooth said in a statement, calling the forced evacuations “a violent and unnecessary infringement on the constitutional right of water protectors to peacefully protest and exercise their freedom of speech.”

Oceti Sakowin, or “Seven Council Fires,” is the native name for the Sioux nation. The protest camp was set up north of the Standing Rock Sioux reservation. The tribe has tried to stop the construction on the segment of the Dakota Access Pipeline under Lake Oahe, on grounds that it endangered their water supply.

Thousands of environmental activists, Native Americans and even US military veterans have taken part in protests that began in March 2016.

RT America has 95 videos on the #DakotaAccessPipeline. See our coverage of the #NoDAPL resistance at #StandingRockhttps://t.co/oxoMKa3QH6pic.twitter.com/Z58JjI8DSD