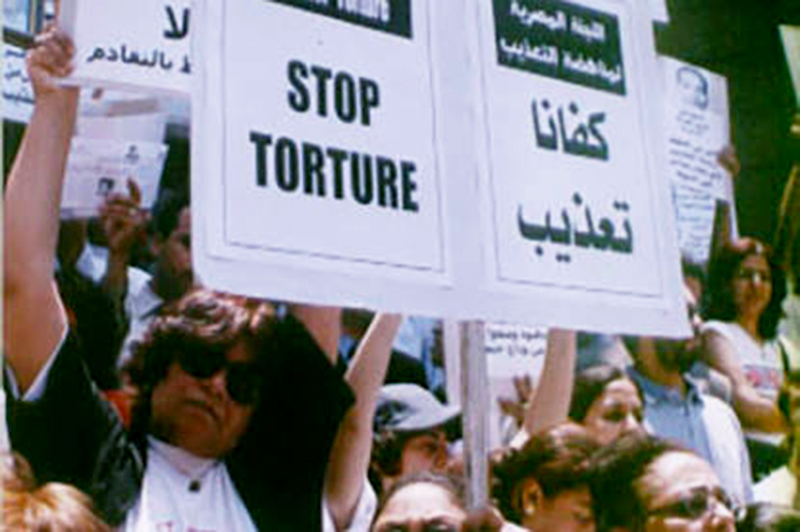 At present, the most serious and politically salient human rights issues in Egypt are arbitrary detentions and violations of due process; abuses by security forces including torture and mistreatment in detention facilities; and the restrictions placed on civil society. Due to the fact that talking about personal psychological problems is still a taboo in Egypt, the work of the El Nadim Centre is of vital importance for the mental well-being of victims of torture.

El Nadim, established in August 1993, is the only center in Egypt which provides specialized psychological support to survivors of violence in detention centers. The center serves an average of 400 new clients per year.

The organization runs two programs; a torture rehabilitation program and another one for violence against women. In addition to the psychological support offered, the organization also provides: social support; referral to other medical disciplines when needed; training on social and occupational reintegration; advocacy on behalf of its clients as well as broader advocacy against torture and violence proposing legislative amendments and demanding accountability for the perpetrators.

After a long period of groundless legal harassment, the center has now been forcibly closed by security forces. Just a few weeks ago the center has issued the following statement, alongside its Annual Report on torture — which as its authors note was carefully removed from media reports and news on social media, and therefore was almost unheard of inside Egypt.

“We release this Archive on the 6th anniversary of the 25th of January revolution, when the so called Police-Day turned into a day of revolution against that same police force and against all the atrocities it committed and continues to commit. We have no doubt that the news items we have managed to collect from the various media channels are but the tip of the iceberg. Below the surface or out of our reach and that of the media are many more crimes which we failed to access news about. For that we apologize for the people afflicted by them.

This archive begins with some official quotes made during 2016, beginning from the head of state to one of its main media spokespersons. Most of which are quotes that deny and condemn those who oppose that denial. According to those officials Egypt witness one of its best democratic eras, its prisons are akin to hotels to the extent that prisoners sometimes do not want to be released. Talk about forced disappearance is a lie that targets to defame Egypt’s image in front of the world. No torture is practiced in prisons or police stations, and detainees are receiving the best medical care!!!

This media archive testifies to the opposite. The archive does not include testimonies taken by doctors working at El Nadim clinic, but includes only testimonies published on the various media channels, including social media. At the end of each testimony there is a link to the original publication for whoever would like to check.

We have classified statistics into killing (extrajudicial, although we oppose all killing even if ordained by law), death in detention, individual torture, collective maltreatment and torture, medical neglect in detention, forced disappearance, reappearance and finally acts of state violence outside places of detention.

Although we believe that every case of forced disappearance is most likely a victim of torture (for why else would security forces would deprive a detainee from every contact with the outside world if not to seize confessions under coercion) the listed number of torture cases does not include those who have disappeared unless they have spoken about their torture after reappearing.

In addition, we have also published the numbers of those who have reappeared according to the collected news. All of them reappeared in state institutions, none in Syria or with ISIS, as some claim.

The archive also has sections of letters sent from prisons, testimonies of former detainees as well as testimonies of their families during their time of detention. Those sections, we believe are the most valuable part of this archive. They testify to an era as well as to the resilience of individuals who, although deprived of their freedom, hold on to their humanity and belief in human values and solidarity.

2016 was a heavy year. At about this time in 2015, El Nadim released its 2015 archives of oppression, upon which the government made two attempts at its closure. This time around, at the beginning of 2017, El-Nadim Center has been forcibly and indefinitely closed by the Egyptian authorities.