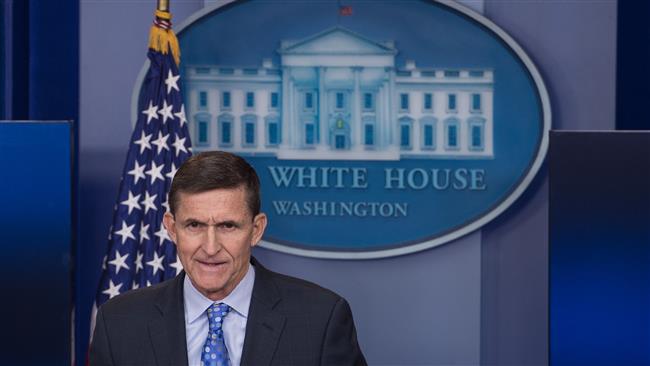 A proposal by the administration of US President Donald Trump to designate Iran’s Islamic Revolution Guards Corps a “terrorist organization” has reportedly stalled over warnings from US defense and intelligence officials that the move could “backfire.”

The proposal was temporarily halted amid an internal debate arguing that the measure could undermine the fight against the Daesh (ISIL) terrorist group and complicate the enforcement of Iran’s nuclear deal, Reuters reported Friday, citing US and European officials familiar with the matter.

A possible US presidential order to label the IRGC a terror organization would also draw opposition from key US allies in Europe and torpedo any US-Iran diplomatic prospects, the unnamed sources said.

“That move could potentially backfire,” one of the officials said, speaking on the condition of anonymity. “If you do that, there is no way to escalate, and you would foreclose any possibility of talking to the Iranians about anything.”

The proposal has been in the works for weeks, and was expected to be announced this month. But it is unclear when – or even if – an announcement might be forthcoming, according to the report.

A European security source, speaking on condition of anonymity, said his American counterparts told him the order is currently on hold.

The White House has so far refused to comment on the issue.

A decision on the matter was complicated by the resignation of Trump’s national security adviser, Michael Flynn on February 13. Flynn was one of the Trump administration’s leading Iran hawks.

But even before Flynn’s departure, officials from the US Defense Department as well as American and foreign intelligence agencies had warned about listing the IRGC a terrorist group.

The US has already imposed sanctions on some Iranian individuals and entities that it claims to be linked to the IRGC.

The IRGC has been successfully advising Iraqi and Syrian militaries in their operations against Daesh and other terrorist groups.