Hacksaw Ridge did not win best picture but Mel Gibson and his crew still went home with the best film editing and sound editing awards…not too bad for a ten year production effort on a tight budget and a barely made deadline. VT congratulates all involved in bringing this wonderful story to the big screen. Desmond Doss’ family and Seventh Day Adventist Church, who handles his legacy, had a proud day.

We hosted produced Terry Benedict last week on the first hour of the Mike Harris Show. Terry wisely got the ball rolling by doing the initial documentary while Desmond Doss and some of the 75 wounded men he carried and dragged off the Hacksaw Ridge battlefield were still alive.

He winched all of these men down the 200 foot drop,one by one, to the amazement of all those watching below as he kept going back over and over to find more, while artillery, mortar, and machine gun fire raked the battlefield.

Everyone on the crew was required to see the documentary to hear the story straight from the horse’s mouth. Everyone knew they had a special duty to do all they could to make the film successful, the only film that Gibson did during a good chunk of his golden years.

I have the Mike Harris Show with me helping on the hosting below. We don’t spoil the movie by taking you through it all. My goal was to give you the behind the scenes production side of the story, as Terry was the only member of the crew to have met and known Desmond, and the one that got him to agree to the movie production.

I will follow next week with our very special second hour show with Marine Woody Williams, the last surviving Medal of Honor recipient from Iwo Jima. He shared his amazing story on how he took out seven bunkers one afternoon that had his division blocked from its assignment to cut the island in half, a battlefield carpeted with dead Marines.

Woody had taken over from Desmond Doss as chaplain of the Medal of Honor Society, and will share some of his experiences of his many years with the group, which only has five WWII members remaining.

I have a feeling we will be on the movie review list after this, for related topics. PBS has already been in contact with us about their three hour PTSD series coming up on March 3rd.

I have not seen the 4K version yet but will look forward to that, with the added kick of some surround sound. Our interview was done as part of the release of the DVD and BlueRay.  Check your local movie listing to see if it is still in circulation in your area.

Here is the best Trailer I found…six minutes. Make sure you see this one way of the other. It is a slice of the American pie now. 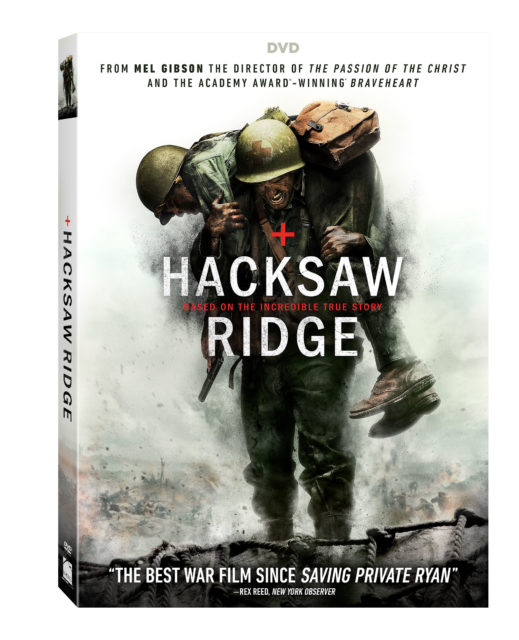