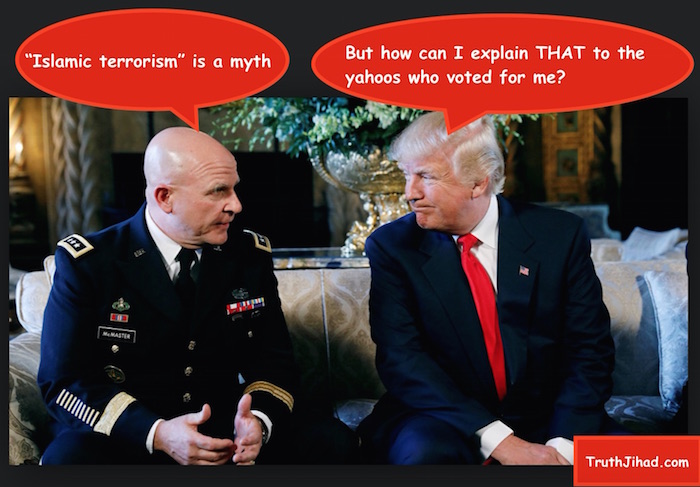 Donald Trump occasionally lapses into apparent sanity. More rarely, he tells truths, or at least half-truths, that nobody else in the mainstream will touch: “Bush was responsible for 9/11,” “Obama and Hillary created ISIS,” “the MSM is the enemy of the American people,” “the two-state solution ain’t happenin’,” “Hillary stole the nomination from Bernie,” “let’s remember ALL holocaust victims not just Jews,” “vaccines cause autism,” “American is NOT an exceptional nation,” “NATO is obsolete and costing us a fortune,” “Scalia was found with a pillow on his face so draw your own conclusions,” “Ted Cruz’s dad was involved in the JFK assassination,” “Christianity is being chipped away at in America,” “Hillary and Obama don’t respect the 2nd Amendment,” “the real unemployment rate is much higher than the official one,”: These are all unspeakable truths/half-truths in DC, yet Trump has dared to speak them.

Unfortunately, Trump has also spewed so many BS “conspiracy theories” that the relatively true ones tend to get lost in the mix.

The new National Security Advisor, Gen. H.R. McMaster, seems an unusually sane appointment by Trump standards. McMaster has a reputation as one of those rare military folks who has been known to flout CYA protocol and tell difficult truths.  During Thursday’s National Security Council meeting, McMaster reportedly said

that the label ‘radical Islamic terrorism’ was not helpful because terrorists are ‘un-Islamic,’ according to people who were in the meeting.”

McMaster is right. Islamic law clearly prohibits targeting innocent civilians. Terrorists (those who target innocent civilians) are therefore just as un-Islamic as people who — like “Mohammad Atta” or his Hebrew-speaking Mossad stand-in — greedily devour cocaine, pork chops, alcohol, prostitutes, and the stipends from Mossad that pay for all of the above.  Details on Atta here and here.

Gen. McMaster says terrorists are “un-Islamic.” But he might have more accurately called them “anti-Islamic.” ISIS, as Trump suggests, was created by the US-Zionist Deep State under the Obama Administration IN ORDER TO WAGE WAR AGAINST ISLAM AND MUSLIMS.

ISIS is part of the Fourth Generation War of destabilization waged against Muslims on behalf of NATO and Zionism. Additionally, ISIS’s insane terrorism is a PR weapon against Islam: It is used by the Zionist-dominated Western media to smear Islam and Muslims.

What’s more, as I explain in my edited False Flag Trilogy, all of the most heavily-publicized terrorist attacks in the West attributed to “radical Muslims” have been likely or proven false flag attacks actually committed by the enemies of Islam. And of the roughly 700 alleged “radical Muslim terror plots” in the US since 9/11, virtually all have actually been FBI terror plots designed to entrap and ensnare retarded teenagers and street people. The same happens in Canada and elsewhere. Here is the inside scoop about who is really behind “radical Islamic terrorism”:

Will Gen. McMaster tell all these hard truths to Donald Trump? And if so, what will Trump do about it?