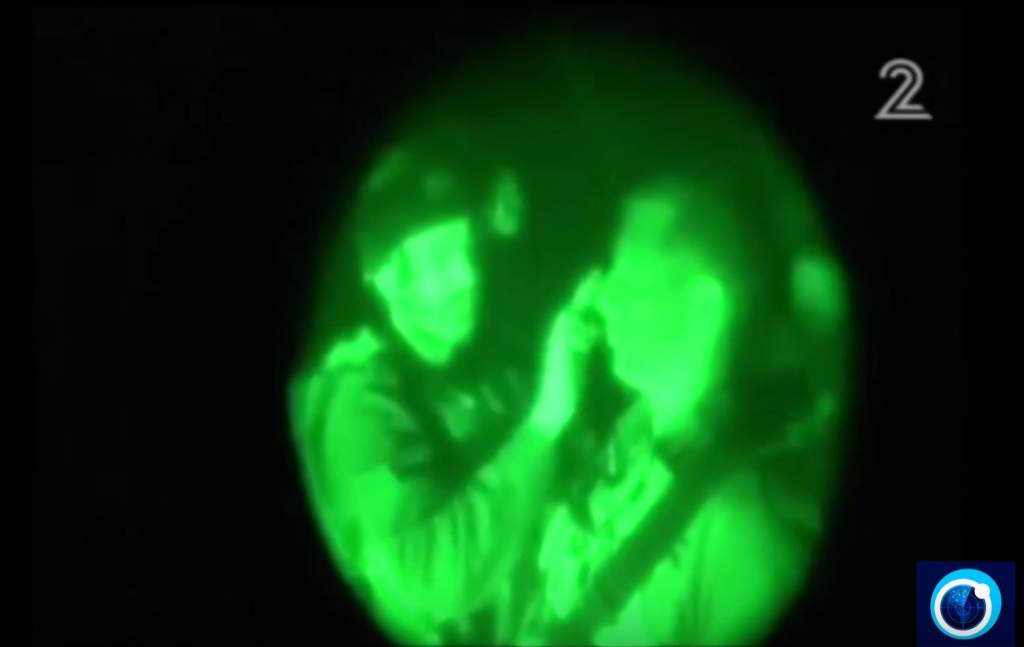 Editor’s note:  The story below is one Israel has chosen to peddle, the truth is far different, endlessly so.  Today, inside the city of Damascus, VT’s news bureau was attacked and computers were stolen.  Was it Israeli agents, typically Palestinians working for Israel as part of the dozens of terror cells inside Damascus itself.

Is this story a coincidence? Does America’s Department of Homeland Security have copies of our hard drives from Damascus?  We think so. VT will not be threatened and intimidated by thugs, not alt-right here in the US, not in Georgia where our staff have been arrested and beaten, not in Afghanistan or around the world.

Damascus itself is a dangerous place, Saudi paid Muslim Brotherhood, Mossad and a criminal underground as well.  Underneath the veneer of relative calm is an armed camp, a city under siege.

There is so much VT doesn’t report, we know the location of American SEAL teams inside Syria, we get intelligence nobody gets and really can’t safely report it.  It isn’t our job to get Americans killed no matter how twisted their missions are, how much lying and deceit, that dance between Israel, Saudi Arabia, ISIS, Turkey and the CIA that the American military mission in Syria is very much a part of, deceiving the American people and Congress.  We are in bed with terrorists, we are the terrorists, “we” being all Americans, as all Americans who don’t speak up are complicit.

Nothing in the fake news and not a single word out of Trumps mouth, none of it can be trusted, none of the pundits, none of the phony generals have a clue, all are out to line their pockets and stroke their childish egos.  They would have to up their game to be legitimate amateurs.

Inside Syria, there are some dedicated people and considerable sacrifice.  However, the Damascus government is like so many others, lazy, corrupt and inept, just like in the US, in Moscow, in London, not as bad as Baghdad, but bad.

This week inside Iraq, the US has been on both sides of the fence, working with Israel and the Gulf States, getting their people out of Mosul.

Quite probably, the US has personnel there with ISIS also.

Secret raids like this one, in the closing days of Obama are highly suspect.  The cover story given here is totally false, as American raids like this are invariably to retrieve assets under threat from Syrian or Russian special operations teams.  This Telegraph article outlines Delta Force raids and gives the cover stores, all were to retrieve US assets with ISIS:

Commandos parachuted down from four helicopters around 2.30pm on Sunday, according to local activists. They set up roadblocks around the town of al-Kubar, between the Isil-held cities of Deir Ezzor and the group’s de facto capital Raqqa.

At least 25 jihadists were killed in the two-hour operation, the UK-based Syrian Observatory for Human Rights monitor said. It is not yet clear what their target was, but some local activists suggested the raid may have been a hostage rescue attempt.

“Our information is that it was to rescue hostages, and that one of the Daesh (Isil) leaders went without force, so we believe that the arrests of members by coalition came by accident,” an activist with the anti-Isil Sound and Picture organisation told The Telegraph.

“There is an important secret prison in the area. And we think there were westerners in it, but we don’t have names because Isil put the area under siege after the landing.”

US Central Command confirmed that “an operation was conducted in that area”, but declined to give further details.

The US-led coalition has carried out only a handful of such raids in Syria and Iraq since joining the war against Isil.

In July 2014 Delta Force commandos attempted a rescue of American hostages held by Isil in a prison in Raqqa. However, they arrived too late and American journalists James Foley and Steven Sotloff and aid worker Kayla Mueller had been moved days earlier.

In March of last year special forces killed Isil’s “oil minister” Abu Sayyaf. They had intended to take the leader alive, but he was killed after attempting to fight back.

They did however manage to recover laptops and mobile phones which could provide an insight into Isil’s oil-smuggling operations, which bring in vast wealth for the terrorist organisation.

Press TV: Israel has sent its troops on repeated spying missions to a village located half a kilometer inside Syria’s territory in an incident caught on camera, a Tel Aviv-based TV says. Israel’s Channel 2 carried the report, saying the Combat Intelligence Collection Corps had dispatched its Ait (Eagle) 595 Battalion on back-to-back incursions early Sunday.

The channel’s Danny Kushmaro, who was accompanying the troops in one of the missions, said the forces had reached the area on foot. He said they had managed to observe all developments and eavesdrop on conversations.

It quoted the Battalion’s commander as saying that his troops monitor developments taking place in Syrian villages as a means of providing support for Israeli troops stationed farther back.

He asserted that nothing escaped the forces, even Daesh’s movements in the area, saying the troops had witnessed two members of the Takfiri terror group changing guard atop one building.

The Israeli military has also deployed intelligence-gathering equipment in Syria’s Golan Heights, which is under Tel Aviv’s occupation, to record movements by the Syrian military and foreign-backed militants fighting the government.

The London-based news and opinion website Rai al-Youm said if the report is verified, it will mark the first time that the Israeli military has admitted its activities inside Syria, something it has always denied.

Israel has repeatedly attacked Syrian military targets in what is viewed as an attempt to prop up terrorist groups in the face of the Syrian Army advances. The Israeli regime launched a rocket attack against a Syrian Air Force installation southwest of Damascus in January. The outpost was being used to attack militants, who have been fighting to hog nearby springs, which source the city.

Last September, an Israeli lawmaker said Tel Aviv was directly aiding the terrorist group formerly known as al-Nusra Front in the Golan Heights. In a status posted on his Facebook page and quoted by the daily Ha’aretz, Knesset member Akram Hasoon said Jabhat Fateh al-Sham, as the group is currently known, was bombing the Druze village of Khadr with Israeli minister of military affairs Avigdor Lieberman’s support and protection.

Israel wants Syrian President Bashar al-Assad ousted. It has also been offering medical treatment to terrorists fighting Syrian soldiers in the Golan Heights, claiming that it renders such services in areas “under its control.”

In related news, dozens of Lebanese protested near the country’s border on Saturday against the installation of spying equipment by Israeli troops in their village. Lebanese paper The Daily Star said Israeli troops had fired five smoke bombs to disperse the protesters.

Also in January, it was reported that the Israeli military had set up a spying device close to Lebanon’s UN-drawn border demarcation with the Israeli-occupied territories.

Media War Center, an information center linked to the Lebanese resistance movement Hezbollah, said at the time that the Israeli forces had installed a “thermal spy device in broad daylight near the technical fences under the observation of UNIFIL (the UN Interim Force in Lebanon)” in the southern village of Adaisseh.