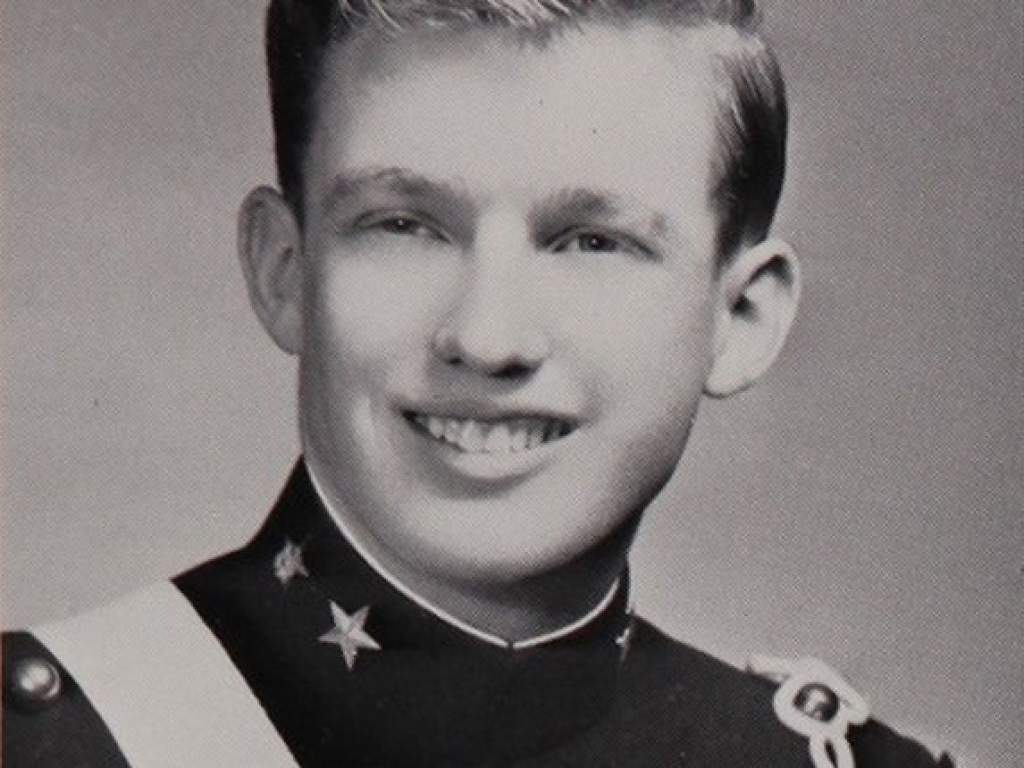 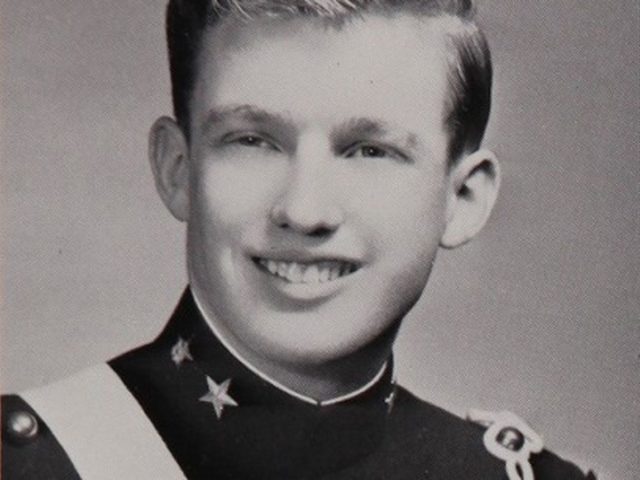 [ Editor’s Note: This is another classic Gordon, with more than a dose of anger, as he asks the tough questions of the Afghanistan and Iraq war vets why when they came home no one told about what was really going on inside those wars.

The difference of course, with Vietnam, was the difference between drafted combat troops and “professional soldiers”. There was nothing like we saw when those returning from Vietnam played a key role in exposing the truth about that war.

There were a few officers, just a few, like Colonel David Hackworth, who wrote a number of well-received books on the war, but ended up paying a big price, living in exile in Australia.

The stolen honor via the combat medals, the ones especially handed out to many officers to polish up their résumés for future command, Gordon describes below. He should know. He typed up a dozen bronze stars, the fill-in-the-blank kind, where the combat action description was the same for all, and likewise for three silver stars.

Those files are still there in the archives, waiting to be found so the recipients can all be asked what a coincidence it was that they all had done exactly the same thing to get their awards. No one would probably ever want to go digging, though. But I can’t help but wonder how many would want to give them back if asked to… Jim W. Dean ]

Trump has no military experience, a rich kid who was given a hand up and special privilege all his life, just like George W. Bush and so many others. Bush did a bit of time in the Texas National Guard, staving off real service in Vietnam which might have been dangerous. At least this is something, and Bush got a look at the military and knew enough not to take it very seriously. Trump hasn’t a clue.

The current American government is filled with war heroes, or as I would put it, “war heroes in their own minds.” I have my own experiences as a combat infantryman in Vietnam to draw from; and the utter incompetence and corruption of the American military in Vietnam was nothing compared to how it is now.

As a “combat veteran,” a special status that allows me to tell truths others can’t, I feel it is time we began speaking plainly about the military. There is a reason the Founding Fathers disallowed a standing army in the United States.

They saw the British Army and their Hessian mercenaries, the servile nature of that force, the abuse of privilege, the purchased commissions, the brutal discipline and the lack of moral accountability a professional military force demonstrated.

Killing civilians, not just if ordered, but for amusement, is what professional armies led by toadies do. This is what they did in the American colonies, and what has been done since around the world, not just the overtly named “colonial wars”, but Vietnam and the “war on terror” as well.

Vietnam was my war. I came to Vietnam as a Private First Class with a special operations unit, a Battalion Landing Team, 1st Bn., 26th Marines, A Company, 2nd Platoon. More exactly, I was in second squad with my highest “command rank” as a fireteam leader commanding 3 others.

This is the rank, and this is the kind of organizational nomenclature for what they now call a “war fighter.”

All of those with me soon learned to hate the Marine Corps and that we were on the wrong side in Vietnam. Our uniforms were rotted rags stripped from the dead; in fact, this is where we got all of our equipment. When we got our M16 rifles, I had an “E” or “experimental” version that seldom worked, they looked like they had been pulled out of a trash heap as well.

We were fed C Rations dated from World War II, when we could get them, and most of us went from an average 150 pounds of very “fit” to weights closer to 120. Any one of us could easily have been used as an extra in a film about the holocaust, playing concentration camp survivors.

We fought our war 7 days a week, 365 days a year, with never a day off; no showers, no hot water, no holiday meals, no movies, no television, but we did have a radio station, “AFVN Audio 85… DaNang.”

Our packs were leftovers from World War II. They carried little and cut our skin. We had no body armor, wore no socks or underwear, wore shorts often enough and slept directly on the ground minimally 6 days a week.

There was no leadership, no medical care; wounded simply died most of the time, as helicopters were too valuable in most cases to come close to real fighting. When they did, they were often shot down. Our Navy Corpsmen, who went into the field with us died alongside us, often the first ones killed.

We never saw senior NCO’s or officers. When we would return to a base camp for mail or resupply, we would immediately be assigned to hours of digging or stringing barbed wire. Base camps were like the “funk holes” of World War II fame, where rear echelon types hid underground and quaked with fear.

Today those are the senior generals with chests full of medals.

Often as not, officers were killed by their own men, a very common occurrence and, if you were really there, actually quite easy to understand. They would flit around in their waxed up jeeps, ironed uniforms and pink little faces, visiting the war, taking photos and scurrying back to their funk holes, having suffered the rigors of combat.

They would get medals for these visits; and if you read the tales on the medal citations, and really knew what had transpired, you would either laugh or cry, depending on how you react to fraud at this level.

At one point, I was asked to help write up dozens of phony combat awards for officers being rotated home. Their combat stories were on mimeograph sheets, all identical, with names and dates changed. Some of these mimeographs had been used up to a hundred times, more commonly for Bronze Star awards.

Less used was the Silver Star mimeograph, given to people who were seen to have “career potential.” I have some personal experience with this process, having mistakenly been cited as having “career potential” myself at one point. 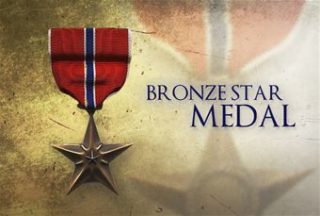 So, let’s see, as America entered into the time for Operation Desert Storm, the military commands were made up of those who had served in Vietnam, almost all “funk hole” officers who then became, in the terms of Colonel David Hackworth, co-founder of Veterans Today, the “perfumed princes of the Pentagon.”

This is where Trump found his leaders, leftover officers of the corrupt war in Vietnam, where rear areas teemed with young prostitutes, fine dining and untold luxury, while those fighting the war lived in the most barbaric circumstances seen since Washington was at Valley Forge.

Nobody told Trump the truth about this; and this is a story few can tell, but as a Marine combat vet, I am officially one of “the few.” Let’s get another bit of reality out of the way. By my own experience, most of the veterans of real combat in Vietnam were faced with inexorable facts, military corruption, an unjust war and an America that had lost her way.

As with others, I joined the anti-war movement, which I felt was my duty to those I had left behind. You see, with Vietnam, when your time was up and if you were still alive, you went home and your friends remained in combat. When you left, you would be asked:

“When you get home, tell them what it is like here and do what you can to get us out of this place.”

By the 1980s, however, that debt had been forgotten, and talking up military service and trying to gain some status in life by lying about Vietnam became common place. Then again, almost every Vietnam veteran I have met since then, when asked particulars about their service, has turned out to be a phony.

It isn’t just a few, it became a disease during the Reagan presidency and after, when military service was being glorified again, pretending to be a Vietnam veteran was a popular pastime. For those of us who actually fought the war, we only remembered losing our friends or being forced to fight an enemy that was defending its country against an evil foreign invader, meaning “us.”

What I want to know is where are the veterans of Iraq and Afghanistan, wars even more stupid than Vietnam, and why aren’t they telling the truth? Why aren’t we hearing about murdered civilians, about rapes, about massive drug dealing, about theft and corruption on a massive scale?

These are the most evil and corrupt wars of modern times? Why is no one talking about them?

When it comes to these wars, that search for non-existent WMDs or, more recently, Trump’s insane assertions about Iran’s nuclear program or his denialism about Israel and Saudi Arabia as the root of world terrorism — why is the silence deafening?

Moreover, when it is time to look at the generals Trump surrounds himself with and their complicity in drug dealing, human trafficking, massive theft of oil, torture, rendition programs, endless billions in stolen funds and all the lying, endless lying, why are so many so forgiving just because these festooned clowns are wearing medals given out like prizes in a Cracker Jack box?

Gordon Duff is a Marine combat veteran of the Vietnam War that has worked on veterans and POW issues for decades and consulted with governments challenged by security issues. He’s a senior editor and chairman of the board of Veterans Today, especially for the online magazine “New Eastern Outlook.