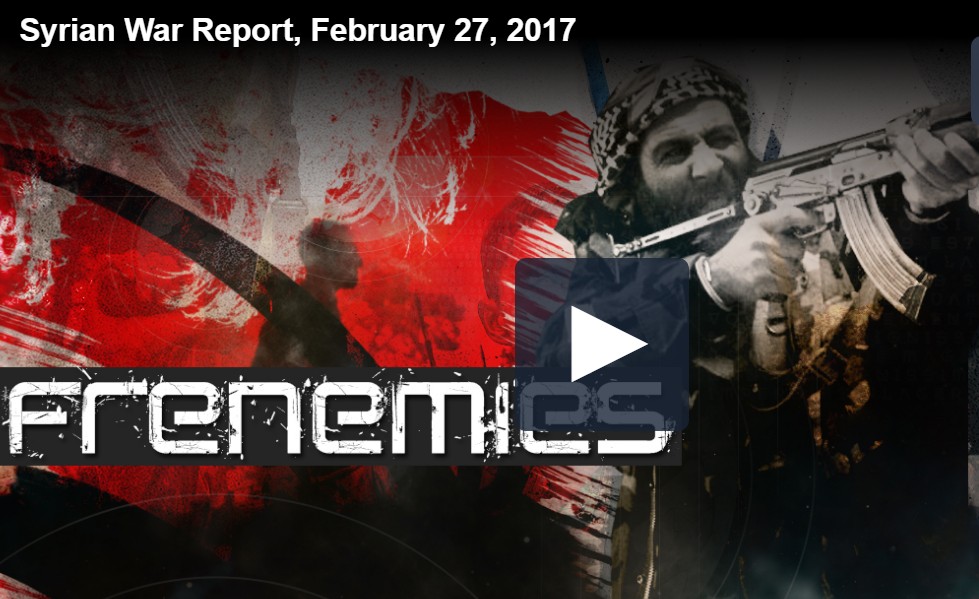 Clashes between militant groups involved in the Turkish Operation Euphrates Shield and the Syrian army’s Tiger Forces have been ongoing in the town of Tadef located directly south of al-Bab since Sunday.

Last weekend, the Tiger Forces made significant gains against ISIS in the province of Aleppo, liberating Tadef and 10 other villages from the terrorist group. By entering Tadif, government troops reached a demarcation line with the Turkish army and its proxies from the so-called “Free Syrian Army” (FSA).

The agreed demarcation line in the Al-Bab outskirts lays directly at the Aleppo-Manbij highway. FSA militants crossed the highway and engaged Tiger Forces fighters in clashes, using firearms, anti-tank guided missiles, mortars and light military equipment, in a fierce attempt to capture the government-held town. Clashes were also reported in the outskirts of Amiyah Kabirah.

According to initial reports in pro-militant sources, the Tiger Forces lost a battle tank and six fighters in the ongoing confrontation. Later reports appeared about up to 20 killed government troops. However, all these are not confirmed by photo or video evidence. There is no information about alleged casualties of pro-Turkish forces.

The de-facto demarcation line between Turkish and Syrian forces in Aleppo province is now located near a number of towns and villages, including Hazwan, Kharabshah, Deir Qaq, Tadef, Bzaah and Amiyah Kabirah. The military and security situation in these areas is clear indicator of the level of the Turkish-Syrian-Iranian-Russian cooperation over the conflict. If FSA militants continue their offensive actions, it will mark that Ankara has once again changed the attitude over the conflict and shifted it policies in the direction of states supporters of terrorist factions.

At the same time, FSA militants, backed up by the Turkish army, made a series of attempts to push further to central Syria throughout the areas controlled by ISIS. If government troops reach Kurdish YPG frontlines west of Manbij, Ankara will have no chances to launch its overpropagated “advance on Raqqah” via areas controlled by ISIS. So, Turkey will be pushed to “solve” the Kurdish issue if it wants to participate in the US-led Raqqah operation. This is why Turkish forces could will to build a corridor to the province of Raqqah through the province of Aleppo.

The army and the National Defense Forces (NDF) continued advances in the western Aleppo countryside, making notable gains in the Rashidin 5 areas after a series of clashes with Al-Qaeda linked moderate oppositioneers. Some pro-government sources even claimed that the area was liberated, but the video confirmation has not appeared yet.

Abu Khayr al Masri, Al-Qaeda’s deputy leader, has been reportedly killed in a drone strike in the province of Idlib. Photos and video posted on social media suggested the event took place as he travelled in a car on Sunday.

The army and the NDF, backed by Russian warplanes, seized the highest point in the Hayyal Mountain near Palmyra on Sunday, setting a fire control over the Palmyra Triangle. Government troops also liberated the Quarries area northwest of Palmyra. These advances clearly show that government forces are set to kick off the operation to retake the ancient city from ISIS terrorists.