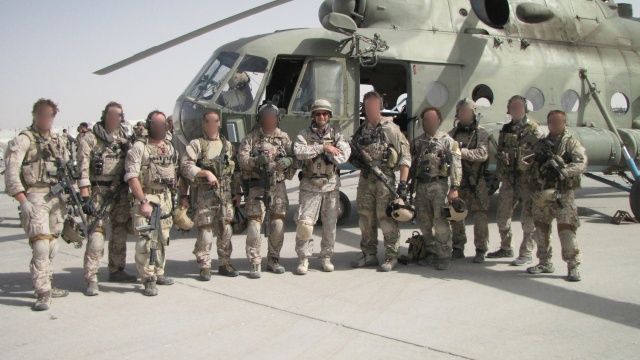 [ Editor’s Note: It looks like Trump is about to learn that ordering commando raids overseas is not necessarily an easy or fun way to make his bones as a war time leader. Now his team in on the firing line, accused of putting out “fake news” on a large trove of Intel being taken. Press secretary  Spicer went further, claiming that American lives would be saved because of it, an odd, subjective thing to say at this point.

It is generally a safe play to make such claims when you know that what was found can never be made public, but government officials who claim to be in the know are stating that none was really found.

Those anonymous statements by themselves are not enough, but having someone like Admiral James Stavridis challenging the White house claims cannot be spun as cheap political sniping. And the dead SEAL’s father has put a wooden stake though Trump and Ivanka with his refusal to meet them when the body came in, denying Trump his moment and building his daughter up for her future political career.

VT’s information is that the US losses were larger, and there is a history where for national security reasons failed missions can be denied or polished over. That is partially based on Osprey crashes with full loads create a lot of carnage. But a detailed report will be forthcoming, both in unclassified and classified versions.

What we have confirmed was the night chosen was a no moon one, a critical item in such large team insertion missions, and the Pentagon had signed off as being ready to go, so Trump has some cover there. My bet?…the barking dog wildcard might have foiled the whole mission. That’s all it takes for men to die, a guard dog doing his job well, maybe even better than a president …  Jim W. Dean ]

A recent US ground and aerial attack on the Yemeni province of Bayda, which left dozens of Yemeni civilians and a US serviceman dead, has not produced any significant intelligence, officials say in contradiction to earlier claims boasting of the raid’s success.

Senior US officials told NBC News on Monday that they were not aware of any actionable intelligence produced by the January 29 commando raid on the Yakla village of Bayda’s Qifah district.

Earlier, the Pentagon had claimed that the raid had produced “actionable intelligence” about the al-Qaeda in the Arabian Peninsula (AQAP) militant group.

An unnamed Defense Department official had also claimed that the assault had yielded “a significant amount” of intelligence.

Additionally, White House Press Secretary Sean Spicer claimed that Washington had “gathered an unbelievable amount of intelligence that will prevent the potential deaths or attacks on American soil,” adding that those who undermine the mission’s success do a disservice to Navy SEAL Ryan Owens who was killed in the attack.

This as Bill Owens, Ryan’s father, criticized the attack and demanded an investigation into it.

“Why at this time did there have to be this stupid mission when it wasn’t even barely a week into [President Donald Trump’s] administration?” he said in an interview with the Miami Herald.

“For two years prior, there were no boots on the ground in Yemen – everything was missiles and drones because there was not a target worth one American life. Now, all of a sudden we had to make this grand display?’’ he further asked.

He had previously refused to meet with Trump when his son’s body was taken off the plane at Dover Air Force Base.

Meanwhile, a senior unnamed US Congressional official said the Trump administration has yet to explain what prompted the rare attack, emphasizing that he was not aware of any new threat from the AQAP.

“When we look at evidently very little actual intelligence out, the loss of a high-performance aircraft and above all the loss of a highly trained special forces member of SEAL Team 6, I think we need to understand why this mission, why now, what happened, and what the actual output was,” Stavridis said.

Some reports said a total of 57 people, including civilians, were killed in the assault, during which Apache combat helicopters struck the Yemeni village from the air before commandos were dropped in for the raid.

The Bureau of Investigative Journalism estimated that at least 25 civilians, including nine children under the age of 13, were among the fatalities.

Yemen has been under regular US drone strikes, with Washington claiming to be targeting al-Qaeda elements while local sources say civilians have been the main victims of the attacks.

Yemen has also been hit by a military campaign by Saudi Arabia since late March 2015. The aggression, which allegedly seeks to restore Yemen’s former government to power, has killed over 12,000 Yemenis according to the latest tallies.