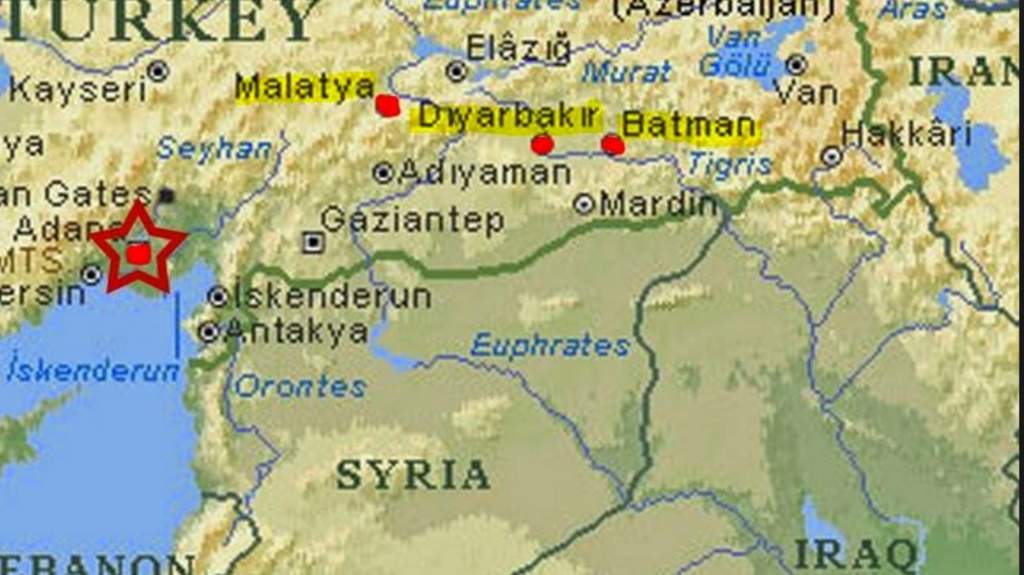 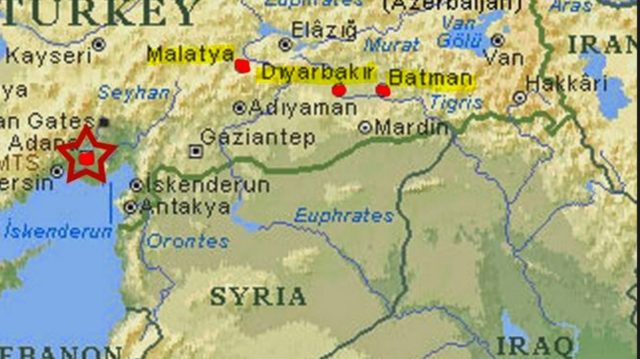 Russia issued a secret ultimatum to Turkey today. It is very possible that President Trump will only learn of this through VT, so we will be as exacting as possible. Our sources are direct and “high” or “highest.”

In recent days, the Turkish Army moved into al Bab in Aleppo Province of Northern Syria after, by their unsubstantiated account, defeating ISIS after a lightning battle, although Turkey has claimed for months their forces, termed “Free Syrian Army” had been continually defeated.

We learned that the ISIS forces that held al Bab were most probably Turkish Army all along, though it is possible they were ISIS working with Turkey. There had been no fighting with ISIS — all had been lies.

Turkey has never fought ISIS; their battle, the imaginary attack on ISIS-held Syria by NATO’s third largest army, performing like a gaggle of girl scouts, is 3rd rate theatre no more. Where was the video that we are used to seeing of combat in Syria; and when the city was “taken”, where were press interviews with the civilians?

And how much press coverage did humanitarian aid for al-Bab get? How about zero. There was no White Helmets, no UN, and no Red Crescent, when we saw them in Aleppo the whole time.

We confirmed that Turkey removed 950 fighters from al Bab, said to be “ISIS”, and tried to move them to Manbij — a city 20 miles to the Northeast, held by both Syrian Army and Kurdish YPG Defense Forces, extremely hostile to Turkey.

Turkey claims there is no other way for them to attack Raqqah, which they promised Trump they would do, without taking Manbij from the Syrian Army and the YPG Kurds.

Thus, when they tried to send forces through to Manbij to fight against their own allies, rather than sending Turkish Army or “FSA,” they sent ISIS fighters, 950 of them, who we have every reason to believe are in actuality Turkish troops, and have been all along.

However, the Syrian Army had moved in from the South and Southwest, taking the nearby town of Tadif. Russian sources indicate that this agreement was made in advance; and there was no authorization for Turkish forces, either FSA or Turkish Army or even “Turkish friendly ISIS units,” to proceed to Manbij.

Turkey planned to keep ISIS in place, and simply rename them “Arab forces friendly to Turkey,” which is a good, usable definition of ISIS in the first place. This week, Turkey was blocked from sending their “Arab forces” back to Manbij, supposedly on the 110-mile trek to Raqqah, which would be a convoluted and senseless path under any consideration.

The Syrian Army had seized M4, the highway between al Bab and Manbij, blocking them. It also holds key areas of the adjacent spur that heads north to the town of Bza’a. Though the routes run parallel, they enter a mountainous area after ten miles or so and become easily controlled. 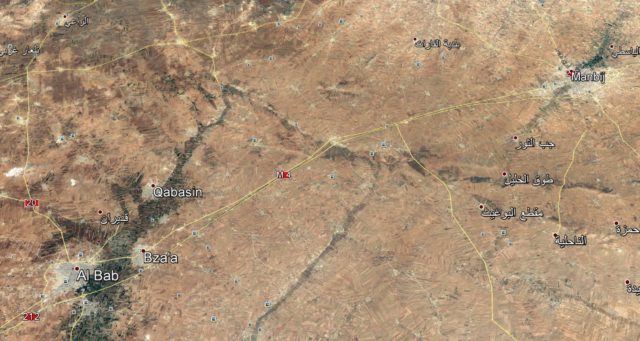 Up to two dozen Syrians were killed; wounded were taken to Aleppo, where they are being treated. We watched this process. A key reason for Erdogan’s concern for the region is that there are oil fields in the region that, though they are mostly under Kurdish control now, were for some time producing oil for ISIS; oil sold to Erdogan’s son.

The Kurds have continued the deal, their only source of income; and have enjoyed the same deal, cutting Damascus out of revenue, that went on with Turkey. This is confirmed at the highest level of both Russian and Syrian governments that the US is well aware of the deal. Additionally, Erdogan’s son also controls the grain trade, initially with ISIS and now with the Kurds. But that has all come to an end.

The Kurds, headquartered out of Manbij, are now going to sell their oil to Damascus, and their grain too. In fact, there are broad agreements between the US-backed Kurdish forces and Damascus — agreements that strengthen Kurdish autonomy in the region and tie the region closer to Damascus economically.

This cuts Turkey entirely out of Raqqah, their “promise” to help the US by, and this is our analysis, reinvigorating ISIS right under Trump’s nose, and burning both the Kurds and Damascus, Russia too, while Israel and Saudi Arabia wait to see what happens. Well, it happened. This is what we know:

Russia told Turkey that if they use aircraft to attack the Syrian Army again, Russia will respond.

What Russia left open, and we are stretching language here a bit, is the possibility that Russia might destroy Turkish air fields. We say this because Russia’s forces inside Syria are currently a bit “light” to back up the threat, but Russia’s cruise missiles could do the job handily; and nothing the US has could stop them.

Then again, Turkey is in negotiations with Russia to buy an S400 air defense system. Welcome to what is often referred to as Byzantine geopolitics in the Middle East.