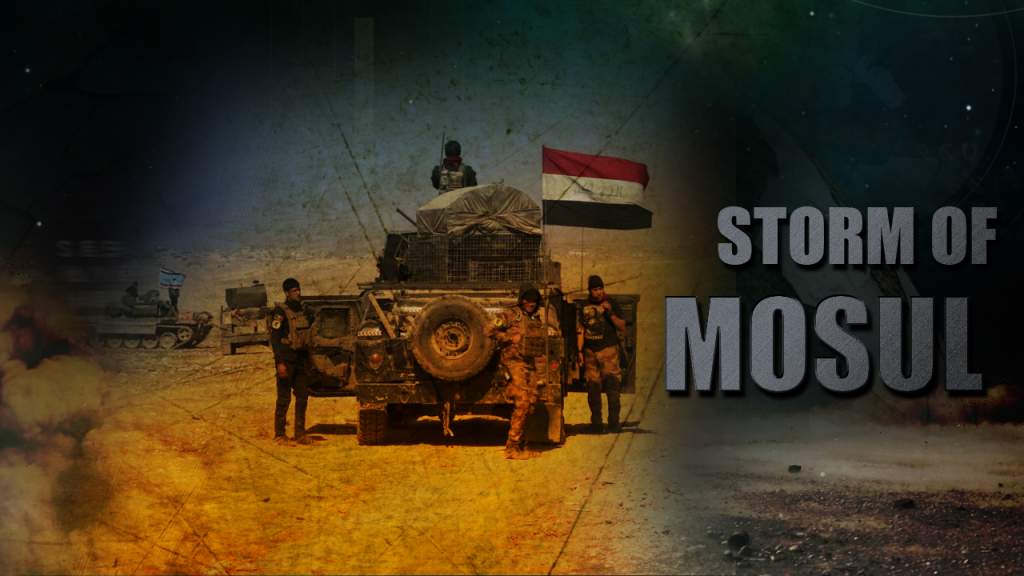 Since the start of the operation in western Mosul on February 19, the Iraqi Army and the Federal Police have retaken a number of areas from ISIS terrorists, including the Mosul Airport, the Ghazlani military camp, the districts of Jawsaq and al-Tayaran and further advanced inside the city.

According to reports from the ground, US Special Forces are actively participating in the operation. They play role of forward air controllers and at least sometimes offensive units. For example, US troops were directly engaged in clashes against ISIS in al-Tayaran. At the same time, available photos show that ISIS had made an antitank ditch between the Mosul Airport and the southwestern neighborhood of Mosul. This means that ISIS units had withdrawn from the airport almost without fighting in order to avoid casualties from artillery and air strikes. This also allowed the terrorist group to increase defenses in the urbanized areas.

Meanwhile, Iraqi government forces and its allies were still not able to set a pontoon ferry and to cut across the Tigris from eastern Mosul. The attempt was made at the Fourth Bridge but the Iraqi troops deployed at the western bank were attacked by ISIS terrorists and pushed to retreat. At the same time, Iraqi government forces entrenched at the eastern bank of the Tigris, preparing for possible diversions and raids by the terrorist group’s members.

US sources now estimate the number of ISIS fighters inside the city is about 2,000 fighters. This pushes ISIS to retreat further inside western Mosul in order to shorten the frontline. Just a month ago, US sources reported about 10,000-15,000 ISIS militants in western Mosul. Thus, a major part of the terrorist likely withdrew from the city or the initial reports were very wrong. Most likely ISIS just preferred a guerrilla warfare to the direct confrontation against the superior enemy.

These facts explain the rapid advances of the anti-ISIS forces and indicate that even if western Mosul is liberated the war will be far from its over.