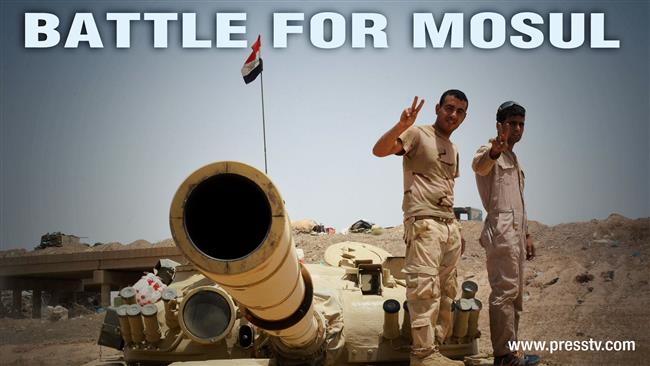 [ Note: The six-month estimate announced by the Iraqis for taking West Mosul came as a shock. The civilians cannot last that long and, as the die-hard jihadis near their end, they will not shy away from taking as many civilians with them as they can, and to pile those deaths onto the Baghdad tab for propaganda purposes.

All the men coming out with the 8000 civilians yesterday are being separated, and it will be a continuing chore for Iraqi Intel officers to weed out the jihadis, mostly locals who are trying to blend in with the refugees.

The good news was that the main Western road out of the city had finally been closed, meaning it was under direct fire by the Iraqi army. There had been nothing said about it for weeks, and with the Popular Militias fighting in Tal Afar to the west, I had thought the road had already been closed. The Iraqi army seemed to have learned that “pushing them out of one place into another” was not a good long-term strategy.

The 15,000 number of jihadis in the city from last year is down to a 2000 estimate now, but I don’t know now if that includes the 700 or so the Iraqis claim were killed since the new offensive. If it is, why in the world it would take six months to clear the rest out is beyond me. Let us hope it is over much sooner for the poor souls living there… JD ]

Thousands of civilians have fled the Iraqi city of Mosul as government forces advance deeper into Daesh-held neighborhoods in the west of the city.

According to a report by the United Nations, eight-thousand people have left their homes in western Mosul in the wake of the new push to force out takfiri terrorists from their last stronghold in Iraq. The U-N says around 750-thousand people are trapped in western Mosul, with living conditions deteriorating daily as the fighting rages.

The new offensive by Iraqi forces started on February 19th, and so far the city’s international airport, a military base and a few neighborhoods have been recaptured. In January, the Iraqi army announced full liberation of eastern Mosul after three months of fighting.