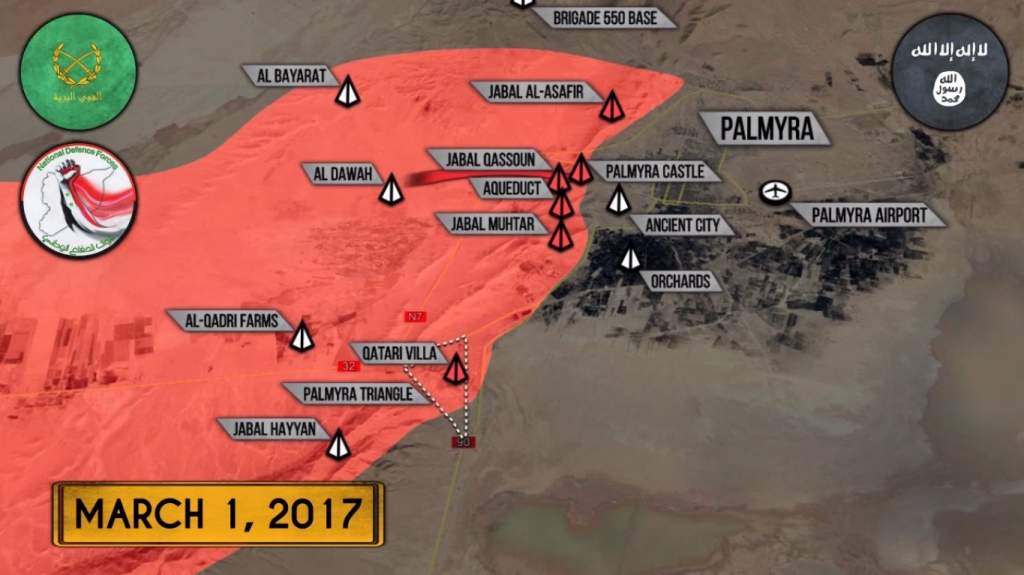 On March 1, Syrian government forces made significant gains against ISIS terrorists in the area of Palmyra, seizing the Palmyra Triangle, Qatari Villa, Aqueduct, and a number of hills: Jabal Muhtar, Jabal Qassoun, and Jabal al-Asafir.

Government troops also engaged ISIS units in the Palmyra Castle and took control of it. The rapid advances of the Syrian army and its allies were actively backed by the Russian Aerospace Forces. If the operation continues with the same speed, Palmyra will be soon liberated from ISIS terrorists.

The SDF is now developing an offensive against ISIS in a wide area east of Raqqah. The goal of the operation is to isolate the ISIS stronghold from the eastern flank and to cut off the roads linking Raqqah, and Deir Ezzor. If this is done, this will put additional pressure on ISIS units storming Syrian army positions in Deir Ezzor.

Meanwhile, reports appear that Ankara-backed militant groups are also preparing to storm the key town of Tell Rifat controlled by the SDF.

Tensions between pro-Turkish forces and US-backed SDF units have been rapidly escalating since Turkey took control of al-Bab earlier this month.