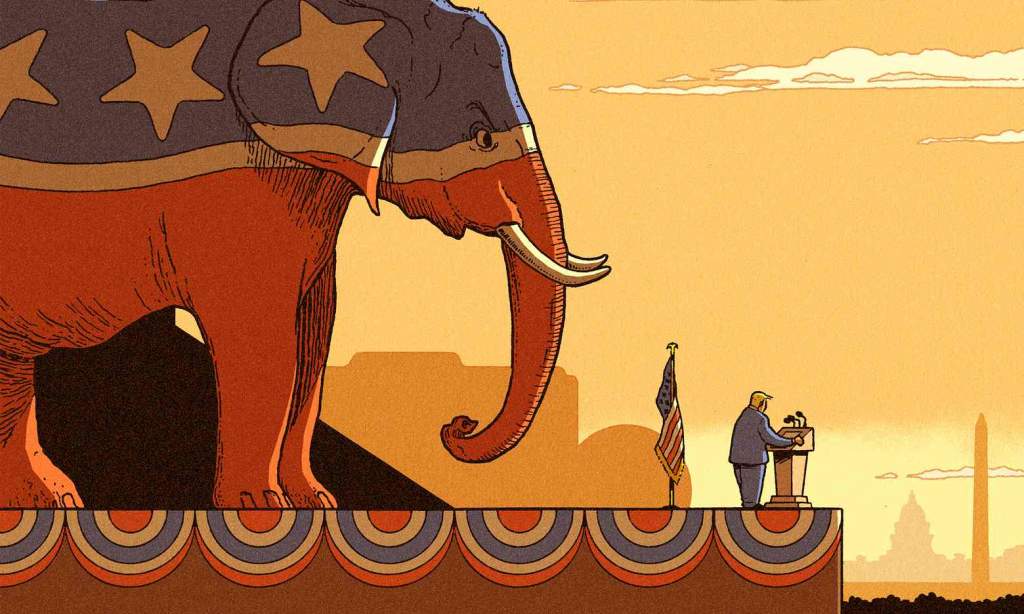 Who’s the villain here? Naturally our rage focuses on Donald Trump, a pantomime baddie drawn, as he would put it, from central casting. But behind him stand many others, and it’s about time they shared in the opprobrium.

Start with the unfolding scandal over Trumpworld’s links with Vladimir Putin’s Russia, and the increasingly close parallel with the Watergate affair that toppled Richard Nixon. Both episodes, then and now, began with an election-year break-in at Democratic party headquarters. In 1972, that involved burglars with torches. In 2016, it was hackers and passwords. But in each case, real and virtual, the apparent objective was the same: the acquisition of damaging political intelligence. In 1972, the culprits were taking their orders from the American president. In 2016, at least according to 17 US intelligence agencies, the orders came from the president of Russia.

Watergate spawned the now-cliched maxim that “it’s never the crime, it’s always the cover-up”. In the current case, it’s correct that had Trump’s associates told the truth immediately about their contacts with Moscow, they would now be confronting controversy rather than scandal. If attorney general Jeff Sessions had admitted that he had met Russia’s ambassador to the United States, Sergey Kislyak, twice last year, he’d have prompted raised eyebrows rather than calls for his head.