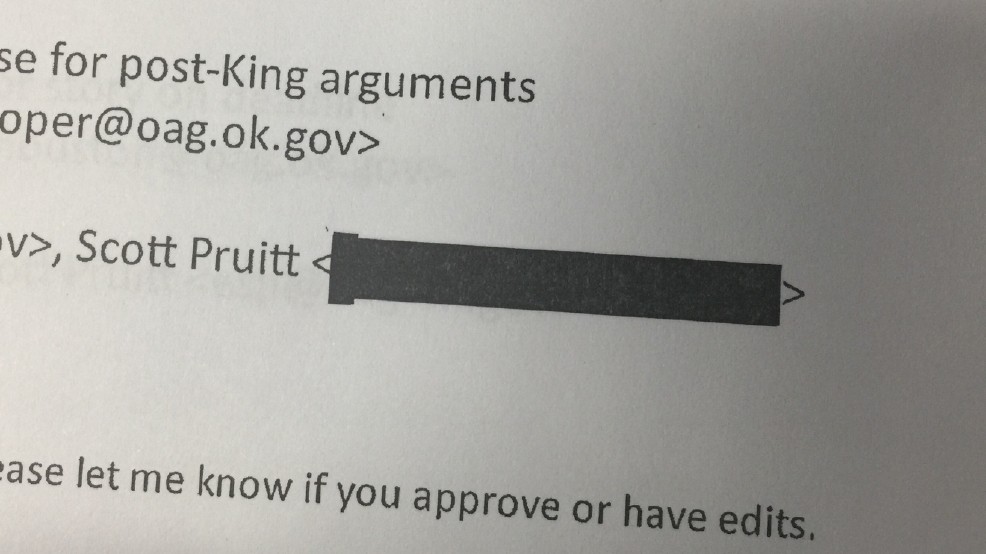 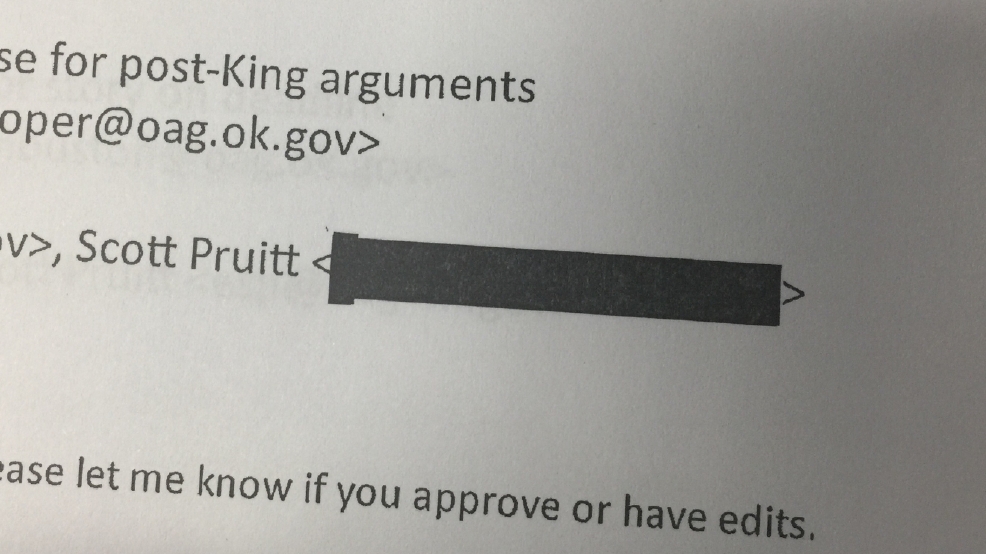 Editor’s note: Scott Pruitt, former Attorney General of Oklahoma has always had a lot to hide.  As a toady to the oil and gas industry, Pruitt has stomped on the rights of the citizens of Oklahoma his entire career, cozying up to the corrupt.

Now by the standards congress says it adhere’s to, Pruitt should be impeached and jailed.

OKLAHOMA CITY — Records received by FOX 25 through an Open Records Request to Attorney General Scott Pruitt’s office reveal he may have used a private email account to conduct state business.

The Attorney General’s office, which was represented by Wyrick at the Supreme Court, submitted documents to multiple federal courts that the state claimed belonged to them. In fact, the state falsified that claim and later claimed a “citation error” in its explanation for the false statement to the Supreme Court.

One email chain shows emails were sent on a weekend between senior staff at the attorney general’s office. Those emails copied both Pruitt’s official email account and a redacted account.

A Feb. 17 investigation by Oklahoma City’s Fox 25 news station revealed that Pruitt used a private email account to coordinate strategy and talking points with fossil fuel companies to oppose environmental rules, among other things. And a subsequent review of more than 7,500 emails by the Associated Press showed that Pruitt used his private email to conduct official business, including communicating with staff and lobbyists.

Pruitt’s responded: “I use only my official OAG [Office of the Attorney General] email address and government-issued phone to conduct official business.”

As we know now, that was untrue. (Pruitt’s EPA office did not respond to a request for comment.)

It may also be a crime. Section 1001 of the criminal code defines the crime of “False Statement to Government Agency” as anyone who “(1) falsifies, conceals, or covers up by any trick, scheme, or device a material fact; or (2) makes any materially false, fictitious, or fraudulent statement or representation” when speaking to government agents or officials (PDF).