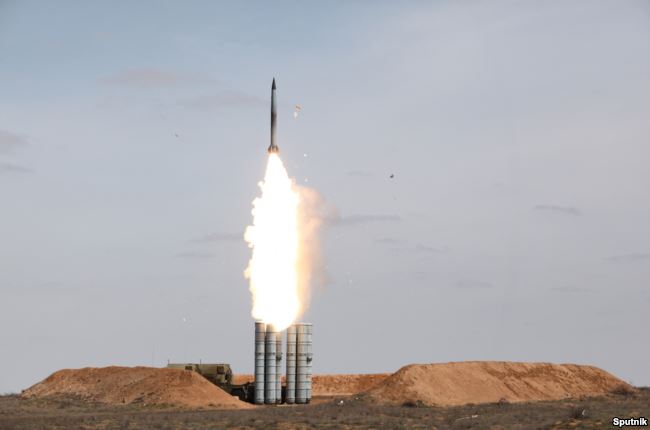 Iran has successfully tested the Russian-made S-300 surface-to-air missile defense system, which the Islamic Republic has purchased from Russia and integrated into the defense system of the country.

The Iranian Fars news agency reported on Sunday that the missile system successfully detected, tracked, and intercepted a ballistic missile during the test launch.

The test-firing was conducted in the presence of several military and government officials at a shooting range in one of the country’s defense units, whose location was not publicized. The military exercise was carried out with the aim of analyzing the performance of the S-300 system, assessing the capability of the system in engaging targets with a low radar cross section and ballistic missile threats as well as the ability of Iranian officers to use the system.

Russia committed to delivering the S-300 systems to Tehran under an 800-million-dollar deal in 2007 but stopped the process in 2010, citing the fourth round of the UN Security Council sanctions, which barred hi-tech weapons sales to the Islamic Republic.

Moscow’s move prompted Iran to file a complaint against the relevant Russian arms manufacturer with the International Court of Arbitration in Geneva. However, Russian President Vladimir Putin lifted the ban on the delivery of the S-300 in April 2015 and months later, Tehran dropped the lawsuit against Moscow.

In October 2016, Moscow said that it had concluded the delivery of the S-300 systems to Iran.

‘Iran developing own version of S-300’

Meanwhile, Brigadier General Farzad Esmaili, the commander of Iran’s Khatam al-Anbiya Air Defense Base, told the IRIB news agency that the Islamic Republic was now designing and manufacturing an indigenous version of the S-300 system, called Bavar-373, due to be tested “in the near future.”