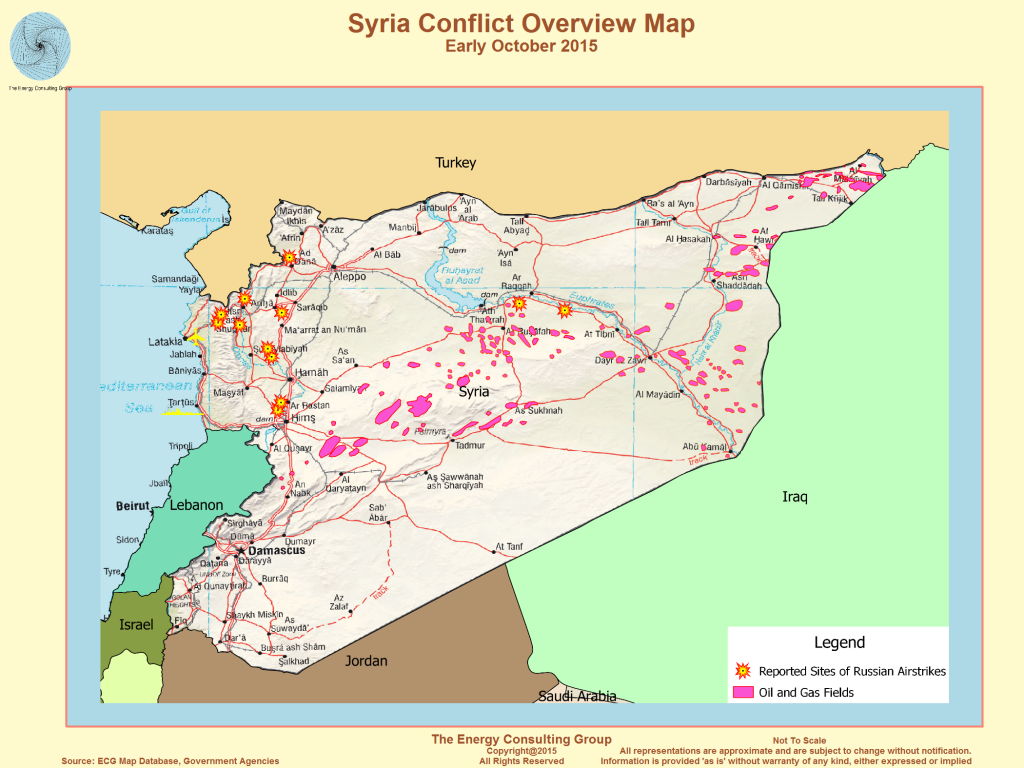 The Trump administration has a plan to extend the war in Syria.  Syria has considerable oil and gas reserves, some of which in Idlib and Latakia are easily accessible to the Mediterranean.   These are the largest gas reserves deliverable to Turkey and Southern Europe that can offset supplies from Russia and Iran and represent the reason Turkey, and this is how it is now being seen, took Aleppo in the first place and is now threatening Aleppo again. 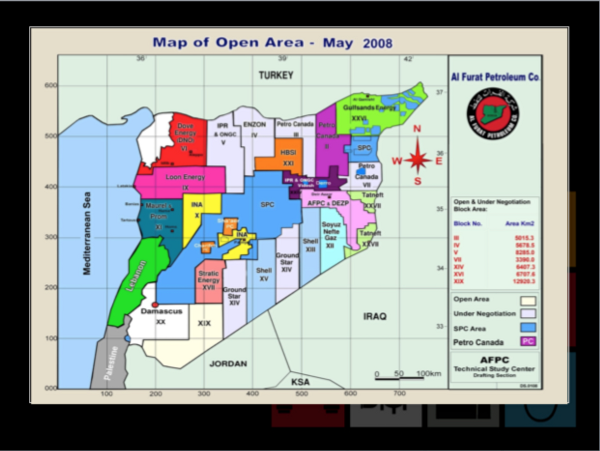 Syria’s oil and gas reserves have never been developed and were the relationship Trump outlined during the campaign to materialize, now seen as increasingly unlikely, the Eastern Mediterranean oil and gas reserves being exploited by Israel would be forgotten as major players would seek the much larger fields ashore in Syria and Northern Lebanon, long ago edited from the regions oil maps.

US, British, French, Israeli and other energy interests could be prime beneficiaries of military operations in Iraq and Syria designed to rollback the power of the ‘Islamic State’ (ISIS) and, potentially, the Bashar al-Assad regime.

A study for a global oil services company backed by the French government and linked to Britain’s Tory-led administration, published during the height of the Arab Spring, hailed the significant “hydrocarbon potential” of Syria’s offshore resources.

The 2011 study was printed in GeoArabia, a petroleum industry journal published by a Bahrain-based consultancy, GulfPetroLink, which is sponsored by some of the world’s biggest oil companies, including Chevron, ExxonMobil, Saudi Aramco, Shell, Total, and BP.

GeoArabia’s content has no open subscription system and is exclusively distributed to transnational energy corporations, corporate sponsors and related organisations, as well as some universities.

At the time, when civil unrest was sweeping across Syria, CGGVeritas was contracted to Syrian President Bashar al-Assad’s Ministry of Petroleum and Mineral Sources.

The French company is one of the world’s largest seismic surveyors. Backed by the French government which owns 18% voting rights in the firm, CGGVeritas had acquired seismic data on offshore Syrian resources in 2005, and since then has been the main point of contact for geophysical and geological datasets on behalf of the Syrian regime.

In 2011, the French firm had an exclusive contract with the Syrian government to provide technical support for that year’s Syrian International Offshore Bid Round for firms to explore, develop and produce oil and gas from three offshore blocks in the Mediterranean Sea by the Syrian coast.

“Exploration activity has increased in the Eastern Mediterranean in recent years following a series of major multi-TCF (trillion cubic feet) gas discoveries made in the offshore southern Levantine Basin,” wrote Bowman. “Licensing rounds are scheduled to be announced during 2011 for areas in offshore Syria, Lebanon, and Cyprus, which are believed to share strong geological similarities with these discoveries.”

Describing offshore Syria as “a truly frontier area of exploration”, Bowman — who was also involved in CGGVeritas evaluations of seismic datasets of energy resources in Libya — noted the discovery of several “flat-spots” which, if real, “will represent billion-barrel/multi-TCF [trillion cubic feet] drilling targets given the scale and volumetrics of the structures within which they occur.”

The Turkish Army, heavily reinforced, is only 20 miles from Aleppo from the East and is now moving to encircle from the North.

Turkey, who claims to be an American ally against ISIS and who has an on again, off again agreement with Russia and Iran, has been shown, time and time again, to coordinate military moves with ISIS and al Nusra. 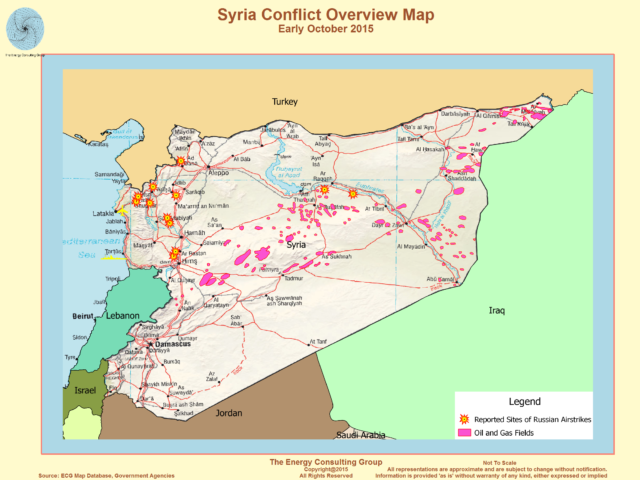 Where the Obama administration had planned to leave office with their Kurdish allies in control of Raqqah and Mosul in Iraq secure, it was the hand of Turkey that offset the US, pouring supplies to ISIS in Mosul, from the North, until threats from Iraq forced them to withdraw their military.

Inside Syria, Russia and the Syrian Army are all that protect not just the Kurds but US forces as well from slaughter in and around Manbij.  The Kurds fighting ISIS north of Aleppo, however, now face the Turkish Army as well, on three sides, while that army advances for a possible quick thrust into Aleppo City, an act that would well bring Russian retaliation, which Turkey believes NATO can offset.

[ Editor’s Note: NATO could not legally get involved responding to an attack on Turkish forces attacking the SAA in Syria. Turkey has publicly said as a member of the tripartite group that it recognized Syrian territorial sovereignty, but, like the US coalition, says it is only in Syria for “counter terrorism operations”. Iran and Russia are expected to deal with this issue first…Jim W. Dean ]

High level sources informed VT that the Trump Administration is more concerned than ever to secure a share in Syria after the Syrian Army and its allies snatched Aleppo and Palmyra from the grip of terrorists.  Trump’s final objective is to invest in the Syrian crisis politically or economically by playing carrot and stick game with the Kurds and Turks, who are staunch allies of the US.

The sources added that US led coalition forces which are patrolling the Sajour river are trying to prevent any collusion or clash between the Kurds and Euphrates shield forces.

VT has input saying that Erdogan has lost faith in Trump whose main goal is to strike a deal at the expense of his allies.  Erdogan will get closer to Putin again simply because he rethinks the possibility of retaking Aleppo if Raqqa became a Syrian-Russian held territory.   Some of the warring factions are now joining the Turkish backed Euphrates Shield to be listed on its payroll.  Those factions, which are tiny in size and influence, want to have leverage and money via a firm rooted coalition that is primarily Turkish Army.

The Euphrates Shield is comprised about 15 thousand fighters from the Free Syrian Army, al Shamieh Front, and Nour Al Dein Al Zinki movement.  The coalition is recruiting more mercenaries from the renegade factions located in Isis held Edlib and Al Nusra controlled areas.  It is expected that new realignments will appear after the rapid fall of ISIS in Syria and Iraq.

Al Nusra will be part and parcel of the new bloc that will be formed at a large scale level.  Al Nusra changed its name to Fatah al Sham to avoid US sanctions but still active and operating in Damascus and its suburbs, in addition to Daraa, Hama, Homs, and Lattakia countrysides.

The US policy is still vague though Trump declared that he is intending to seize Raqqa and set up safe zones to protect civilians.  The US Russian cooperation is still in gear and maybe will gain more momentum when Trump and Putin meets to Demarcate the new world map.

This year will be crucial for finding a solution for the Syrian crisis by peace or war.  The two giant powers which control the game are fully aware of the risks that entails any failure in Astana or Geneva

Trump administration is playing with fire and stalking for time to drag the war on to exhaust the Syrian army and its allies, believing that this strategy will eventually bear fruit and make the US project easily applicable.

The Syrian leadership which is fighting a military, political and a diplomatic war on all fronts is aware of Trump intentions and schemes.  The military organization in coordination with the Russians and the Iranians has preemptively draw a plan to counter the US next moves, especially in North-East Syria oil and gas rich areas. 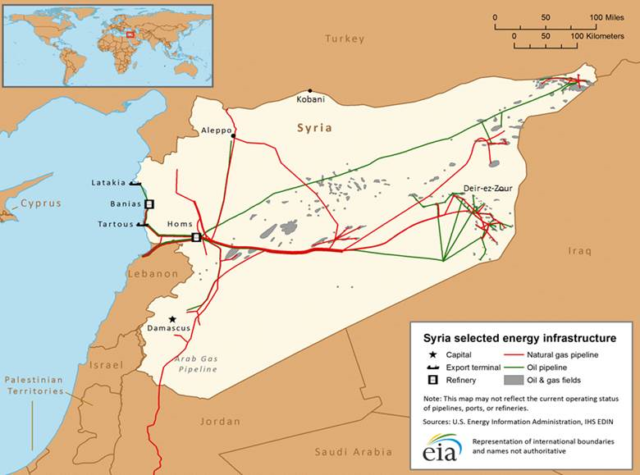 The waiting game is boring but Syria and its allies will not get impatient as more players from the Gulf are getting ready to send troops in support of Trump’s mysterious “secret Pentagon plan,” more likely formulated by Netanyahu than any American.