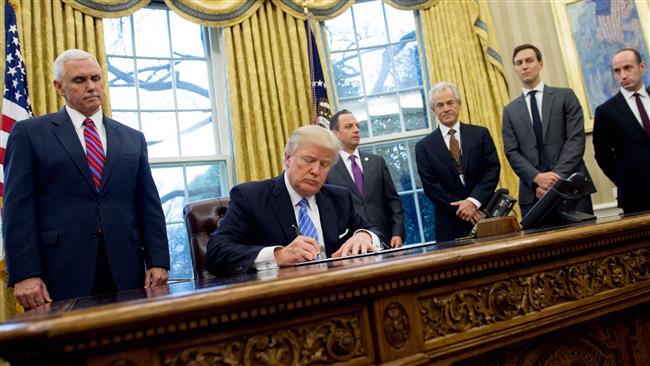 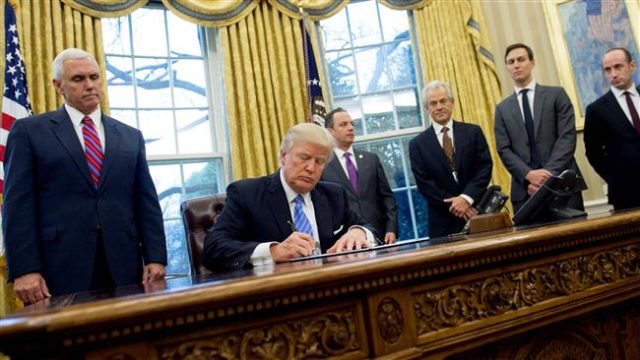 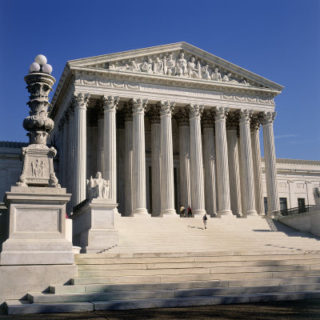 US President Donald Trump has signed a new executive order on immigration banning citizens of six Muslim-majority countries from entering the US, but removing Iraq from the original list. Trump signed the revised order on Monday after his January’s directive faced multiple challenges in the courts in many states.

The 9th Circuit court of Appeals in the state of Washington succeeded in halting the immigration order, arguing it violated constitutional protections against religious discrimination.

The new order includes some changes that would make it easier to defend the controversial measure against legal challenges in the courts. As with the previous order, people from Iran, Somalia, Sudan, Yemen, Syria and Libya will face a 90-day entry ban. However, Iraq was taken off the list because of concerns about the country’s role in fighting terrorism, officials said.

The new measure halts all refugee admissions to the US for 120 days. The original order contained that provision, except it indefinitely barred refugees from Syria. The order, which takes effect March 16, spares legal permanent residents, or green card holders, according to the Department of Homeland Security.

The first order initially targeted green card holders, which prompted confusion and chaos at airports across the United States. Under the new directive, people who had visas by January 27, the date the first ban was introduced, will be allowed to enter the US. Dual nationals using a passport from a country not on the list also will not be affected.

“Like every nation, the United States has a right to control who enters our country and to keep out those who would do us harm,” Sessions said.

The attorney general said, according to the FBI, that more than 300 people who came to the US as refugees are under investigation for potential terrorism-related activities.

Kelly said that unregulated travel was endangering the US national security. “Our enemies will exploit our freedoms and generosity to harm us.” He said the US will not allow “malevolent actors using our immigration system to take American lives.”

Tillerson, the US top diplomat, said the renewed travel ban was “a vital measure for strengthening our national security.”

“With this order, President Trump is exercising his rightful authority to keep our people safe,” Tillerson said.

Trump has argued that the restrictive measures are necessary to prevent terrorist attacks on US soil, rejecting criticism that they single out people based on their religion.

Critics, however, say the restrictions constitute a religious ban in line with Trump’s campaign promise to introduce a “total and complete shutdown” on Muslims.  Immigrant-rights groups, who had expressed grave concerns about the original ban, condemned the new order, saying the changes are insignificant.

“This order is essentially religious discrimination masquerading, once again, in the language of national security,” said Eleanor Acer, a senior director at Human Rights First.

Regardless of the changes, the new restrictions will likely renew the controversy generated by the fist measure.