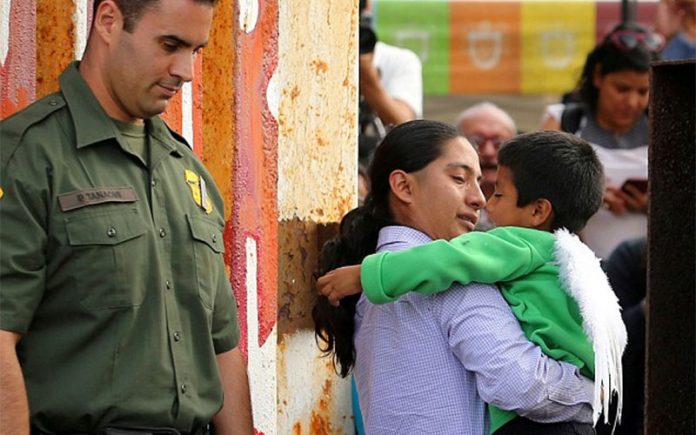 Last Night, Johnny Punish appeared on PressTV to discuss Homeland Security plans to separate men, women and children from one other in an effort to discourage undocumented workers from coming to USA via the Mexican Border.

Homeland Security Secretary John Kelly on Monday confirmed a Reuters report that he was considering a proposal to separate women and children who cross the U.S. border with Mexico illegally, a policy shift he said was aimed at deterring people from making a dangerous journey.

Kelly was asked in a CNN interview about the proposal, first reported by Reuters on Friday, in which the Department of Homeland Security (DHS) would change U.S. policy and keep parents in custody while putting children in the care of the Health and Human Services Department.

“We have tremendous experience in dealing with unaccompanied minors,” he said. “They will be well cared for as we deal with their parents.”

The policy change would allow the government to keep parents in custody while they contest deportation or wait for asylum hearings.

Children would be put into the “least restrictive setting” until they can be taken into the care of a U.S. relative or state-sponsored guardian, said government officials who were briefed on the proposal.

Currently, families contesting deportation or applying for asylum are generally released from detention quickly and allowed to remain in the United States until their cases are resolved. A federal appeals court ruling bars prolonged child detention.

“Let me start by saying I would do almost anything to deter the people from Central America from getting on this very, very dangerous network that brings them up through Mexico into the United States,” Kelly said.

He said social service organizations have told him that more than 90 percent of the women making the journey from Central America are sexually abused.

U.S. Representative Henry Cuellar, a Texas Democrat whose district includes about 200 miles (320 km) of the border with Mexico, slammed the DHS proposal. “Bottom line: separating mothers and children is wrong,” he said in a statement on Friday.

“That type of thing is where we depart from border security and get into violating human rights,” he said.