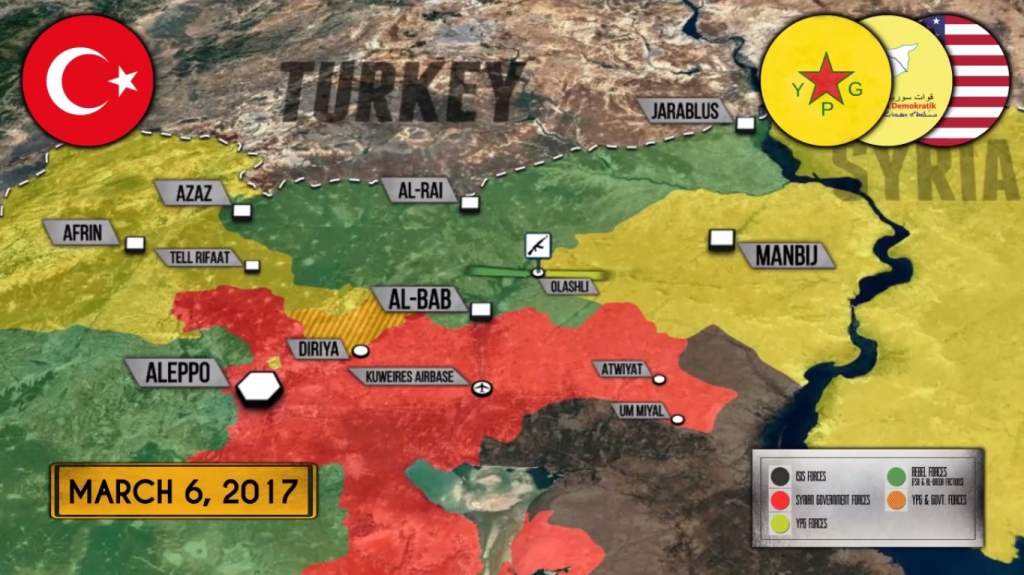 On Monday, the Jaish al-Islam militant group, known to be supported by Saudi Arabia, launched missiles against government forces positions in the Damascus countryside. Jaish al-Islam allegedly captured some missiles in the Qalamoun area in 2013. The usage of these missiles is a clear indication that Jaish al-Islam, which keeps positions in the Eastern Ghouta region near the Syrian capital, is not going to follow a ceasefire agreement promoted by Damascus, Tehran, Ankara, and Moscow in the so-called “Astana format”.

At least four Turkish soldiers were wounded in clashes with US-backed Kurdish forces on Monday. According to the Manbij Military Council, clashes between the People’s Protection Units (YPG) and the Turkish army took place at the village of Olashli.

Meanwhile, Turkish-backed militants captured some five Syrian army soldiers in the countryside of al-Bab. The incident took place as result of tensions between government troops and pro-Turksih forces in Tadef and west of Manbij.

The Syrian army’s Tiger Forces, backed up by the Russian Aerospace Forces, have continued operations in the Aleppo province, focusing on the water plant and the airport. The same move is aimed to isolate Deir Hafer.

In the western Aleppo countryside, fighting between the army and militants has been on-going in the area of Rashidin.

The Syrian army and the National Defense Forces have reportedly retaken the Jazal Oil Field from the ISIS terrorist group in the province of Homs. If confirmed, government troops will be in control of two important oilfields along the Homs-Palmyra highway.