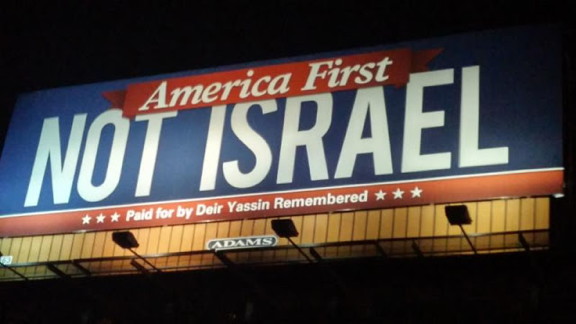 Think about the following scenario for a moment. Suppose an Iranian navy ship suddenly shows up on US waters without invitation. Do you think US officials and the Neocons would greet the ship with reverence and say things like, “Welcome to America”? Wouldn’t they saturate the media with messianic visions such as, “We need to blow this ship sky high”?

The “military-intellectual complex,” commonly known as the Neoconservatives, would almost certainly say that America needs to invade Iran. In fact, the Neoconservatives have been beating the war drum against Iran since the past ten years or so. Their goal is to complete the Israeli project: to “secularize” the Middle East and turn it into a post-Enlightenment period where Israel will end up dominating the political landscape.[1] Israel tried to do exactly that when America placed a puppet regime in Iran in the 1950s.

So, the Neocons wouldn’t allow an Iranian navy ship on any US zone and would unequivocally consider it an act of war. They would instantly ask for an invasion. As Jacob Heilbrunn of the L.A. Times put it back in 2015, the Neoconservative credo is pretty straightforward:

“They are championing a liberation doctrine that allows them to present bombing and invading other countries at will as an act of supreme moral virtue.”[2]

But what if a U.S. Navy surveillance happens to float around the Strait of Hormuz? Don’t Iranian officials have the right to ask what is going on?

Well, according to the prevailing vision which the New World Order has forced upon much of the West, the answer is no. Listen to a recent report here:

The U.S. Navy surveillance, we are told, “was harassed,” despite the fact that the ship really has no business in that area. There is more. One US Navy official declared that the Iranian actions were “unsafe and unprofessional”!

How does that line up with Trump’s “America First”? How does that line up with what the founding fathers themselves articulated? Would they ever give a stamp of approval to the U.S. Navy to go all the way to the Strait of Hormuz without corroborating with the Iranians and without going through the paper work? Didn’t they declare quite explicitly that America ought to seek “peace” and “commerce” with all nations? Wouldn’t they have dumped the unconditional and disastrous alliance with Israel in the dustbin of history?

Whether the new administration likes it or not, they cannot implement “America First” if they do not have the moral and political courage to cut the head of the snake which has slithered out of the diabolical swamp. We all know where that swamp is by now.

[1] Some scholars have reluctantly or indirectly pointed this very fact out. See for example Haggai Ram, Iranophobia: The Logic of an Israeli Obsession (Stanford: Stanford University Press, 2009). Ram declares on page 56 of his study that “Israel’s objective” in the Middle East “was far more ambitious: delineating a de-Arabicized Middle East, rearranged around non-Arab entities that would link to each other, and to Israel, through their accommodation with the institutional logic of secular capitalist modernity.”