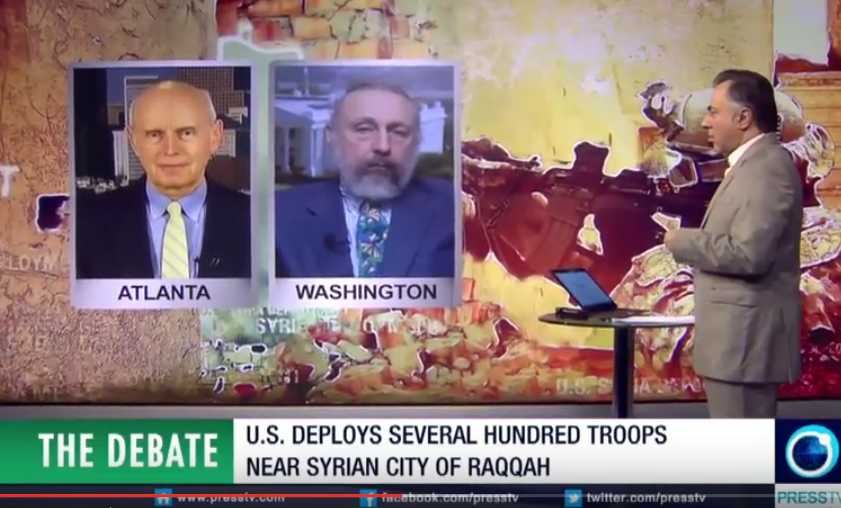 [ Editor’s Note: This was a good show to catch a guest slot on, as we have been spending a lot of time on the fast moving Syrian War. When things are moving like they are now, it is easy to miss key clues in the blur of what is happening.

As VT readers know we have been on pins and needles hoping that the Turks would not be so stupid to think they were going to fight their way through to Manbij, driving the Kurds out, when their main forces were fully engaged in trying to encircle Raqqa north of the Euphrates and cut the supply road to Deir Ezzor.

For Turkey to open a new front on the Western Kurdish territory border would be like a diversion attack to help out Daesh. But we saw US Special Forces and Russian military MPs deploy to Manbij quickly, closing that door.

The SAA has been clearing the territory east of al-Bab to Lake Assad quickly, because it was lightly held other than Deir-Hafer, which they bypassed Patton-style to avoid getting tied down with a siege there.

If I were running the Syrian war, I would be willing to make some tradeoffs to keep the military success moving along, as the more territory and population that Assad has recaptured, the stronger position that he and the Syrian army will be in with the political talks with the opposition.

The failure of the West’s strategy was failing to recognize something that I clearly saw on my first trip there in June of 2014 as an election monitor. Assad and the army were ONE. The people knew that; and they knew that, except for Assad and the army suffering huge losses while holding back the barbarian hordes, the head choppers would have been all over Syria.

The Syrian people are going to vote Assad and the army to rule over them because they saved them from the Balkanization they know had been planned for them. The opposition is going to get crushed in the next election, and the more the UN monitors it, the better they will be, so no one can claim it was rigged… Jim W. Dean ]

When it comes to the war on Syria, the crown glory would be the takeover of Daesh’s self-declared caliphate Raqqa. Turkey wants to be that force to gain that glory, for it would elevate Erdogan to superstar status practically. But that won’t come easy. The situation has gotten even more complicated, with the U.S. confirming that it’s sending 400 additional troops to Syria.

In this debate, we’ll discuss the intricacies involved behind the push to takeover Raqqa, and the possibilities of a military engagement that may involve Turkey, the US-backed SDF forces, Syria and Russia.