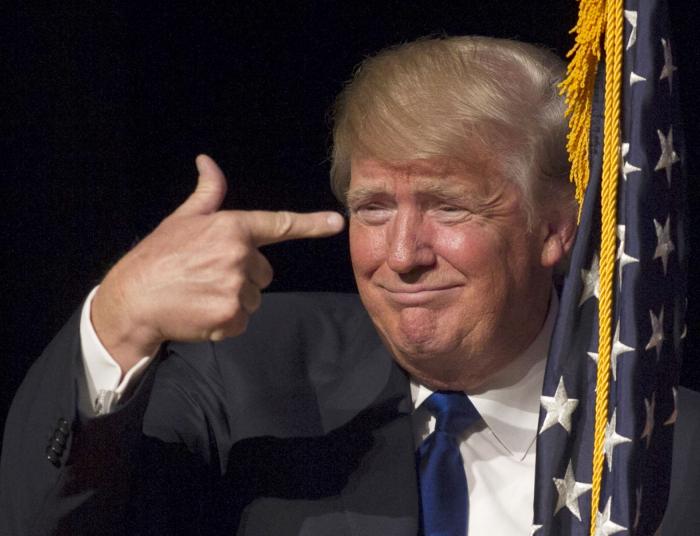 “Our country is now taking so steady a course as to show by what road it will pass to destruction, to wit: by consolidation of power first, and then corruption, its necessary consequence”. ~ Thomas Jefferson

[ Note: The FBI’s James Comey went to the Capitol Thursday to brief the top Senate and House Intel Committee Congressmen in a secure basement facility, generally referred to as “the gang of eight”, who historically have the most access to classified information.

Comey had previously brief the full Senate Intelligence Committee on the allege Trump campaign contacts with Russians. To date the Trump Whitehouse has not revealed what he based his charges of being wired tapped by Obama, a very specific and unequivocal charge.

Senator Lindsey Graham says he is ready to subpoena the US Intel agencies for any information that would support the Trump claims. This supports my claim days ago when I sent in this NEO column that the Trump Tweet bomb on Saturday was just a psyops to have Obama investigated along with himself. Graham has taken his cue.

Was this maneuver set up by the White house alone, or might have key Congressmen like Graham been in the loop? That is why the Intel orgs would monitor Congressmen, to be aware of such attempted subversions, who all was involved, and what their goals are. This type of Intelligence work is just as important as any other, and maybe moreso … JD ]

The Theater of the absurd returned to Washington last weekend, or perhaps it never left. It began with President Trump, who a growing number of Americans suspect might have a bi-polar disorder, and who sent out a series of tweets claiming, not that Obama MIGHT have wiretapped him during the campaign, but that he HAD.

Why did he do this? It now seems our Mr. Reality TV host president was having some early morning fun with us, up at dawn sending out tweet bombs, watching the reaction coming in, and then firing out more.

This was a classic calculated diversion campaign by Trump to seize the initiative away from being viewed as an administration under siege. The story built all day Saturday and dominated the Sunday morning talk shows, just like he knew it would.

Official Washington was abuzz all Saturday, with reporters calling Congressmen and government officials at home to get their reactions. FBI director James Comey surprised everyone quickly by requesting the Justice Department officially reject the allegations because they inferred that the FBI had been involved in unauthorized taps on Trump.

The initial consensus was that even Trump would not dare make such a claim without hard evidence, and that he would ride the story until the demands peaked to reveal his evidence, and then make a grand show of doing it. But that all unraveled on Sunday when the Trump staff started walking this claims back into his “suspecting” that Obama might have done it.

Bottom of the barrel sources

It was quickly determined that the only “sources” anyone could find were media ones. Veterans Today tracked the initial charges down to podcasters, who had earlier pushed the story of secret tunnels under vacant Walmarts that were part of a huge secret FEMA camp network to imprison large numbers of nativist Americans.

The Wall Street Journal, a Murdoch publication, had a British MP getting involved to add some credibility, despite her husband being the manager of the rock bands Metallica and the Red Hot Chili Peppers. She claimed to have five separate sources on a FISA warrant having been issued on Trump.

Deputy Press Secretary Sarah Sanders was tasked with representing Trump on the Sunday news shows and used very careful language. She presented no evidence of Trump’s claims, and when pressed by the host, began walking them back by saying Trump was merely “wondering about” illegal wiretapping.

Most media old timers were wondering what Trump could have been thinking, as the President does not order wiretaps. That is a very strictly controlled process where the FISA court does that based on an FBI affidavit and the results of which are top secret, even to the White House. But that turned out to be a loop hole which the Democrats were quick to exploit.

There have already been calls by Democrats for Trump to declassify any FISA court warrants, which I doubt he will do. In fact, I doubt that his staff knew that card could be used to boomerang his charges around on him if he refuses to do so.

The Obama administration people were quick to respond with their denials. Ex-Director of National Intelligence James Clapper stated there was absolutely no Trump wiretapping, as he would have been in the loop on such a process.

The FBI never comments about ongoing investigations. From Trump’s own party we had Senator Marco Rubio saying he was aware of no evidence, despite his being on the Foreign Intelligence Committee which is investigating Trump’s alleged ties to Russia.

Rubio even told NBC’s “Meet the Press” that “The president put that out there, and now the White House will have to answer as to exactly what he was referring to.” He was joined by more Republicans, surprised and apparently angry that Trump would make such a charge in social media without backing it up.

Even worse, Trump threw out the McCarthyism smear, referring to the communist witch-hunt days of the early Cold War. The big irony there was that Roy Cohn was McCarthy’s chief counsel during that period, and later was Trump’s lawyer, and the New Your City mob middle man who showed him how to get all of his building permits through the regulation maze and how to deal with the mob-run unions to do things like bringing in illegal Polish workers for construction work on his buildings, where they were even living on site.

John McCain joined the Republican chorus that Trump was going to have to put up or shut up. But then the plot began to thicken. Trump made a two-step move that was either a defensive one, or what he had actually planned to do all along.

He insisted that the Foreign Intelligence Committee, that was already investigating his alleged Russian connections, add investigating Obama’s alleged wiretapping of himself to their “to do” list, basically offloading finding the evidence onto them.

Then he tipped his hand that the whole thing had been a ploy to just unleash the Republican-controlled investigation committee onto Obama to take some of the bad publicity heat off of himself. Trump’s staff said that the President would have “no further comment on the matter” until the Senate committee had finished its investigation.

So Mr. Reality TV host had nothing. He had entered stage-left early Saturday morning, and by Monday afternoon without offering a bit of proof for his serious charges on President Obama, was exiting stage-right.

Trump has again wounded himself deeply by putting the presidency in an undignified light, even beyond the extreme braggadocio we have become used to from him. The recklessness he has shown through his manipulative, unsupported claims could come back to haunt him.

The Scope of the Problem

The Russian allegations are just the beginning of his issues. Reckless people have reckless histories, and we strongly suspect that, by the time this is all over, we are going to see there were a number of foreign country “discussions” during his campaign, not the least of which might be Saudi Arabia, Turkey, and last but not least, Israel, the elephant in the living room that everyone denies seeing.

If there is any country that interferes in elections at will, especially in the US, it is Israel, and it is a full-spectrum assault. Israeli espionage here surpasses both Russia and China in every aspect, including communication intercepts and the blackmail business, a widely used tool in politics where there are so many stories that people want to keep hidden after gaining office.

Israeli Intelligence, including the retired element, is very active in the political opposition work of digging up dirt on any challengers to well-liked, pro-Israel Congressmen. Israel has a long history of not only punishing its critics, but rewarding its protectors, the old carrot and stick game.

And last, a delicate balance has always existed between the US Intelligence community, which has always had to monitor American Congressmen for corruption and what they were turning over to the Israelis.

The AIPAC investigation of the Bush years was not about withholding needed Intel from Israel, but its pilfering our decommissioned nuclear weapons stockpiles with the help of insiders. Veterans Today’s Gwenyth Todd wore a wire for two years in the Bush Whitehouse, not only when she had lunch with AIPAC but when she went back to the office.

Sadly, things that the Pentagon won’t give Tel Aviv, they just go to the powerful appropriations committee heads to get it for them, as they have the top clearances. None of this illegally collected information can ever be used in a court for prosecution, but it can be used in other ways if someone wanted to tip the balance.

These agencies are well aware of who approves their budgets, and the Congressmen know the community might be aware of things like the irregularities they engage in while on their recess junkets, traveling around the world where their bags are not searched, and where they are able to safely move things around that others cannot. Both sides like to be forgiven their sins.\

To date, no one has wanted to upset this balance. But one reckless person could do it. And if it ever started to unravel, no one would know where it could stop. What Trump did to make everyone so unhappy this weekend was to present himself as the person who could do that. He made himself a target of entities that have a long history of survival, and a deep bench of talent, which Trump does not.