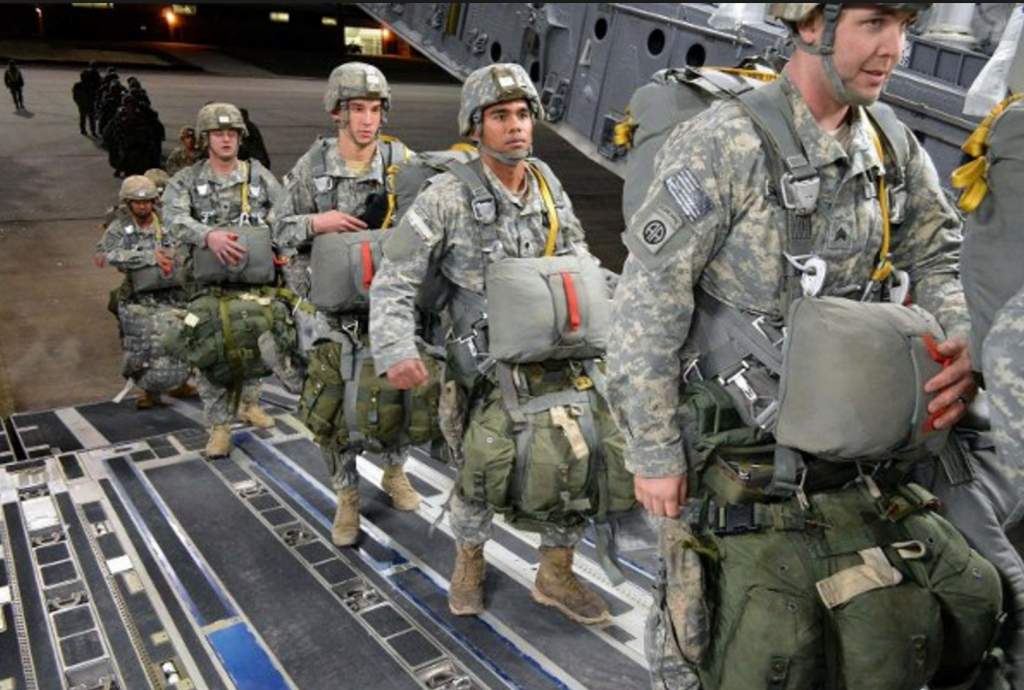 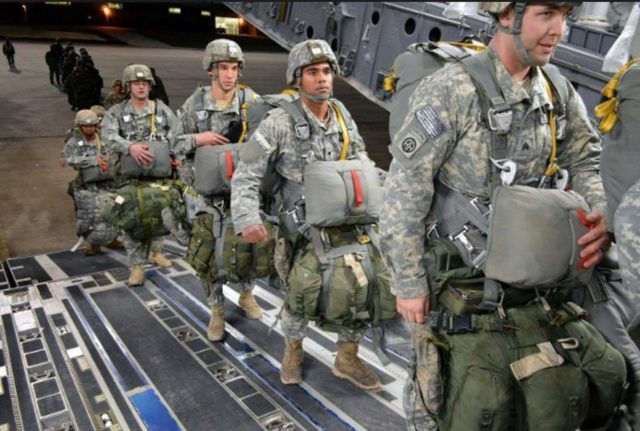 The US military is deploying 2,500 troops from the 82nd Airborne Division to Kuwait, with the declared goal of taking part in operations against Islamic State (IS, previously ISIS/ISIL) in both Syria and Iraq, according to the Army Times.
Read more

The deployment of 2,500 personnel will include units of the Fort Bragg-based 82nd Airborne Division 2nd Brigade Combat Team (2nd BCT), Army Times reported on Friday, adding that 1,700 troops from the 2nd BCT have already been deployed to the region, spreading between Iraq and Kuwait.

On Thursday, an unnamed military official told Reuters the Pentagon wants to have a rapidly deployable Kuwait-based force as part of the ongoing change in the US strategy to defeat IS.

Army Lieutenant General Joseph Anderson, the US Army’s deputy chief of staff for operations, told House members on Wednesday that the additional troops will be “postured there to do all things Mosul, Raqqa, all in between,” as cited by the Army Times, referring to the Islamic State’s two main bastions in Iraq and Syria respectively.

“So the whole brigade will now be forward,” General Anderson reportedly added. However, the Army command refrained from providing details on the exact timeline of the new deployment.

The Army announcement regarding the deployment of the 2nd BCT comes on the heels of a Thursday statement by the US Central Command (CENTCOM) that more conventional troops would be sent to the Middle East to carry out so-called “stability operations.”

Army General Joseph Votel, the CENTCOM commander, told the Senate Armed Services Committee that “as we move more towards the latter part of these operations into more of the stability and other aspects of the operations we will see more conventional forces requirements perhaps,” as quoted by Stars and Stripes.

“We have become very comfortable and capable of operating together,” he added.

“So, what I have pledged to our commanders and what I expect from them is for them to ask for the capabilities that they need and then for us to ensure we have the right command and control, the right force protection, the right resources in place to ensure that we can function properly together.”

At the moment, roughly 6,000 US troops are operating in both Iraq and Syria, according to the Army Times. In the latest deployment, around 400 Marines and a Stryker infantry unit set up a fire support base outside the Syrian city of Raqqa.

Additionally, the Washington Post reported on Wednesday that the Army’s elite 75th Ranger Regiment appeared in the Syrian city of Manbij over the weekend in Stryker armored vehicles “to discourage Syrian or Turkish troops from making any moves that could shift the focus away from an assault on Islamic State militants.”

Recent events prove the Post’s story to be, however, more than just “fake news.”