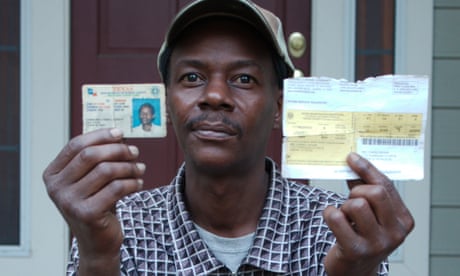 Republicans hold two of three congressional districts ruled newly invalid and were found to have been partly drawn with discriminatory intent.

The ruling late Friday by a three-judge panel in San Antonio gave Democrats hope of new, more favorably drawn maps that could turn over more seats in Congress in 2018. But the judges in their 2-1 decision didn’t propose an immediate fix, and Texas could appeal to the US supreme court.

Republicans hold two of three congressional districts ruled newly invalid and were found to have been partly drawn with discriminatory intent. The GOP-controlled Texas legislature approved the maps in 2011, the same year then governor Rick Perry signed a voter ID law that ranks among the toughest in the US. Courts have since weakened that law, too.

Judges noted the “strong racial tension and heated debate about Latinos, Spanish-speaking people, undocumented immigrants and sanctuary cities” that served as the backdrop in the legislature to Texas adopting the maps and the voter ID law.