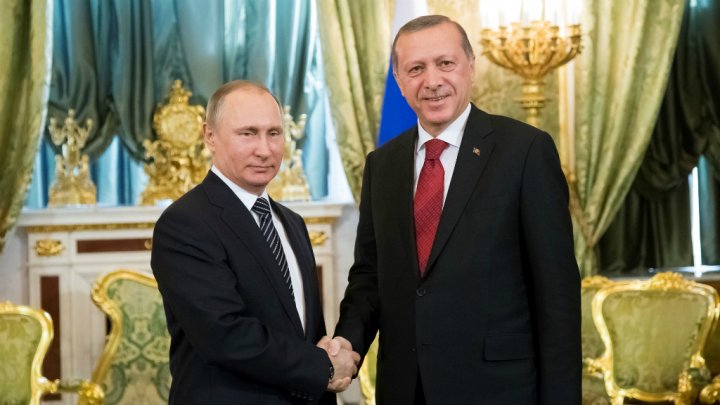 [ Editor’s Note: Putin and Erdogan do their dirty dance in Moscow, trumpeting their cooperation on Syria, despite Erdogan already having violated the Tripartite’s published pledge to respect Syria’s sovereign integrity. Both Iran and Russia have ducked this big elephant in the living room, so there is no pressure to get Erdogan to stop doing it.

We have mixed signals, with the US and Russians quickly moving in to act as a backup buffer against Turkey moving into the Manbij Kurdish area. But that has not stopped Turkish artillery from firing on the Syrian front line positions, although some of that might have been the result of the Syrians taking out an APC with an anti-armor missile the day before.

The announcement of Turkey’s plans to build a new 80,000-person city next to al-Bab was a mind-bender. This could be a first in history — building a city inside someone else’s country. Erdogan seems to think that, because the city would be for returning Syrian refugees, he does not need Damascus’ permission. You just can’t make this stuff up… Jim W. Dean ]

Russian President Vladimir Putin says he and his Turkish counterpart have held talks over the need for unity to fight global terrorism. Putin was speaking at a joint news conference with Turkish President Recep Tayyip Erdogan in Moscow.

The Russian President also expressed cautious optimism about peace in Syria. He described the situation in Syria as complicated but noted that the ceasefire in the country can be protected with coordination among Russia, Iran and Turkey.

For his part, Erdogan said Ankara is fully cooperating with Russia’s military in Syria. Russia, Iran and Turkey co-sponsored two rounds of talks this year between Assad’s government and its foes. A third round is set for next week.