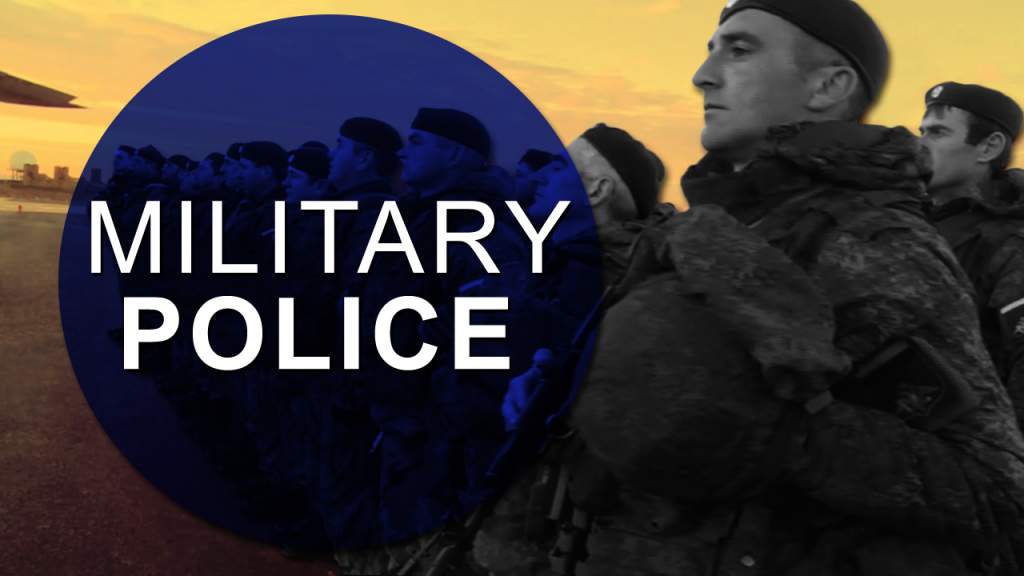 The constantly-changing make-up of the Russian group of forces in Syria has become a veritable kaleidoscope of the country’s contemporary military capabilities, which are evidently taking turns being tested, depending on the operational requirements, on their usefulness in the current reality of a multipolar world embroiled in a global hybrid war. The bright-red beret-clad Russian military policemen who abruptly appeared in Aleppo during the final stages of clearing the city and making it once again suitable for the return of civilian population, are one of these capabilities. During the operation in Syria, the Military Police also protect personnel of the Russian air group and the Center for Syrian reconciliation

While the institution of Military Police is a fairly widespread one among the world’s militaries, this branch of forces was almost entirely absent from the Soviet military, following the abolition of the Russian Empire’s Gendarme Corps which, however, was formed on an ad-hoc basis for the duration of military exercises or campaigns. Only in 2015 did President Vladimir Putin, after several years of planning and development, sign the degree On Confirming the Statute Concerning the Military Police of the Russian Federation which formally established the responsibilities of this new organization, which will provide Russia with a permanently established paramilitary police force with specialized training.

The primary responsibility of Russia’s 6,500 military policemen during peacetime will be the security of military bases and facilities, and enforcing military discipline. While the Military Police will not have criminal investigative functions, it will be empowered to conduct surprise inspections of garrisons in order to ensure the norms of military discipline are being adhered to. However, that is probably not the most important reason why this organization has been brought into existence.

The unique capability that the Military Police brings to the table is the specialized training and equipment for the use of non-lethal force. This sets it apart from the rest of the Russian military which might be pressed into such duties, but would not necessarily perform them well. While domestic police forces, including the various special units of the MVD and the Rosgvardiya which similarly bridges the gap between lethal and non-lethal capabilities, are primarily intended for operations within the country’s borders. Thus while the Military Police is unlikely to see action in domestic disturbances, leaving such missions to the MVD, by the same token Rosgvardiya will not be deployed on overseas missions such as Syria. Being soldiers, the military policemen are trained to use small arms and have wheeled armored vehicles including the Tigr, made famous in Crimea, and Taifun, at their disposal. Unlike conventional soldiers, they are also trained in the use of police batons and non-lethal firearms that have been procured specifically for it. Considering the propaganda usefulness of a “massacre” involving Russian troops, being able to respond to provocations with minimum use of force is crucial in the era of mass media.

Military Police’s mission of ensuring the security of transport routes also has considerable applicability to overseas conflicts, particularly in a theater of war like Syria where the absence of a strongly held, continuous frontlines makes the provision of convoy security essential. If this task can be met by lightly armed but specially trained Military Police, it releases combat troops for actual combat duties. Judging by available media reports, both of these capabilities were utilized in Syria, where the Russian Military Police are being used to protect the civilian quarters of the liberated Aleppo against looting until the civilian population returns, and to help with the administration of humanitarian aid. Military Police troops furthermore have been providing security for the Hmeimim airbase in Syria and other military facilities.

Russian Military Police therefore can be seen as an equivalent of the French Gendarmerie, though the French force not only has the status of a separate branch of forces, on a par with the Army, Navy, and Air Force, it is also far larger as it assumes the domestic functions which in Russia are the province of Rosgvardia.