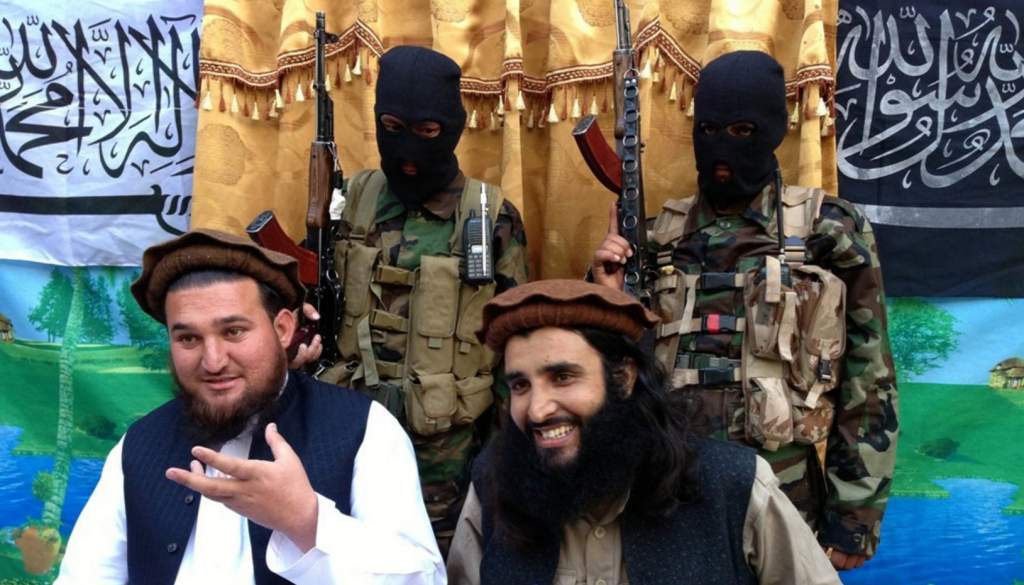 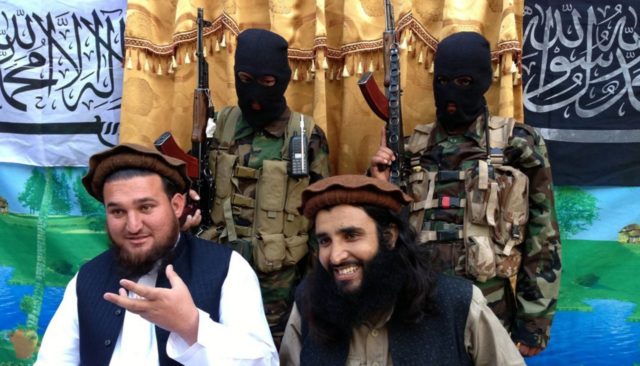 In Pakistan, there are three distinct categories of militants: the Afghan-centric Pashtun militants; the Kashmir-centric Punjabi militants; and the transnational terrorists, like al-Qaeda. Tehreek-e-Taliban Pakistan (TTP), which is mainly comprised of Pashtun militants, carries out bombings against Pakistan’s state apparatus. The ethnic factor is critical here.

Although TTP likes to couch its rhetoric in religious language, but it is the difference of ethnicity that enables it to recruit Pashtun tribesmen who are willing to carry out subversive activities against Punjabi-dominated state establishment.

Here, the reader should bear in mind that insurgency anywhere cannot succeed, unless insurgents get some level of popular support from local population. For example: if a hostile force tries to foment insurgency in Punjab, it would not be able to succeed, because Punjabis don’t have any grievances against Pakistan. On the other hand, if an adversary tries to incite insurgency in the marginalized province of Balochistan and tribal areas, it will succeed because the local Baloch and Pashtun population has grievances against the heavy-handedness of Pakistan’s security establishment.

I have knowingly used the term ‘Pashtun tribesmen’ instead of ‘Taliban’ here, because this phenomena of revenge has more to do with tribal culture than religion, per se. In the lawless tribal areas, they don’t have courts and police to settle disputes and enforce justice; justice is dispensed by the tribes themselves: the clans, families and the relatives of the slain victims seek revenge, which is the fundamental axiom of their tribal ‘jurisprudence.’

Notwithstanding, as well informed readers must be aware that military operations have been going on in the tribal areas of Pakistan since 2009; but a military operation – unlike law enforcement or Rangers operation, as in Karachi – is a different kind of operation; it’s an all-out WAR. The army surrounds the area from all sides and orders the villagers to vacate their homes. Then the army calls in air force and heavy artillery to carpet bomb the whole area; after which ground troops move in to look for the dead and injured in the rubble of towns and villages.

Air-force bombardment and heavy artillery shelling has been going on in the tribal areas of Pakistan for several years; Pashtun tribesmen have been taking fire; their homes, property and livelihoods have been destroyed; they have lost their families and children in this brutal war, which has displaced millions of tribesmen who have been rotting in the refugee camps in Peshawar, Mardan and Bannu districts since 2009, after the Swat and South Waziristan military operations.

More to the point, excluding religion, all the diverse and remote regions of Asia and Africa that have been beset by militancy share a few similarities: firstly, the weak writ of respective states in their faraway rural and tribal areas; secondly, the marginalization of different ethnic groups; and thirdly, intentional or unintentional weaponization of militant outfits that have been used as proxies, at some point in time in history, to further the agendas of their regional and global patrons. When religious extremism blends with militancy, it can give birth to strands as deadly as the Taliban in Afghanistan, the Islamic State in Iraq and Syria, Boko Haram in Nigeria and al-Shabab in Somalia.

After invading and occupying Afghanistan and Iraq, and when the American “nation-building” projects failed in those hapless countries, the United States policymakers immediately realized that they have been facing large-scale and popularly-rooted insurgencies against foreign occupation, consequently the occupying military altered its CT (counter-terrorism) doctrines in the favor of a COIN (counter-insurgency) strategy. A COIN strategy is essentially different from a CT approach and it also involves dialogue, negotiations and political settlements, alongside coercive tactics of law enforcement and paramilitary operations on a limited scale.

The goals for which Islamic insurgents have been fighting in insurgency-wracked regions are irrelevant for the debate at hand; it can be argued, however, that if some of the closest Western allies in the Middle East, like Saudi Arabia, Qatar and Kuwait, have already enforced Sharia as part of their conservative legal systems and when beheadings, amputation of limbs and flogging of criminals are a routine in Saudi Arabia, then what is the basis for the United States declaration of war against the Islamic insurgents in the Af-Pak, Middle East and North Africa regions, who are erroneously but deliberately labeled as “terrorists” by the Western mainstream media to manufacture consent for the Western military presence and interventions in the energy-rich region under the pretext of the so-called “war on terror?”

Regardless, what bothers me is not that we have not been able to find the solution to our problems, what bothers me is the fact that neoliberals are so utterly unaware of real structural issues that their attempts to sort out tangential problems will further exacerbate the main issues. Religious extremism, militancy and terrorism are not the cause but the effect of poverty, backwardness and disenfranchisement.

Coming back to the topic, the Pashtuns are the most unfortunate nation on the planet nowadays, because nobody understands and represents them; not even their own leadership, whether religious or ethnic. In Afghanistan, the Pashtuns are represented by the Western stooges, like Hamid Karzai and Ashraf Ghani, and in Pakistan, the Pashtun nationalist party, Awami National Party (ANP), loves to play the victim card and finds solace in learned helplessness.

In Pakistan, however, the Pashtuns are no longer represented by a single political entity, a fact which has become obvious after the 2013 parliamentary elections in which the Pashtun nationalist ANP was wiped out of its former strongholds. Now there are at least three distinct categories of Pashtuns: firstly, the Pashtun nationalists who follow Abdul Ghaffar Khan’s legacy and have their strongholds in Charsadda and Mardan districts; second, the religiously-inclined Islamist Pashtuns who vote for Islamist political parties, like Jamaat-e-Islami and Jamiat Ulema-e-Islam in the southern districts of Khyber-Pakhtunkhwa; and finally, the emerging new phenomena, i.e. the Pakistani nationalist Pashtuns, most of whom have recently joined Imran Khan’s PTI in recent years, though some of them have also joined the Muslim League.

Additionally, it should be remembered here that the general elections of 2013 were contested on a single issue: that is, Pakistan’s partnership in the American-led war on terror, which has displaced millions of Pashtun tribesmen. The Pashtun nationalist Awami National Party was routed, because in keeping with its supposedly “liberal” ideology, it stood for military operations against Islamist Pashtun militants in tribal areas; and the people of Khyber-Pakhtunkhwa province gave a sweeping mandate to the newcomer in the Pakistani political landscape: Imran Khan and his Tehreek-e-Insaf, because the latter promised to deal with tribal militants through negotiations and political settlements.

Although Imran Khan and Nawaz Sharif both have failed to keep their election pledge of using peaceful means for dealing with the menace of religious extremism and militancy, but the public sentiment was, and still is, firmly against military operations in tribal areas. The 2013 parliamentary elections were, in a way, a referendum against Pakistan’s partnership in the American-led war on terror in the Af-Pak region, and the Pashtun electorate gave a sweeping mandate to pro-peace political parties against the pro-war Pakistan People’s Party and Awami National Party.

Regarding the Pashtun nationalists’ much-touted victim card, it’s a misconception to assume that Pakistan’s security establishment used Pashtuns as cannon fodder to advance their strategic objectives in the region. The establishment’s support to Islamic jihadists back in the ‘80s and ‘90s during the Cold War against the erstwhile Soviet Union had been quite indiscriminate. There are as many Kashmir-centric Punjabi militants in south Punjab as there are Afghan-centric Pashtun jihadists in the rural and tribal regions of Khyber Pakhtunkhwa (KP) province.

The only difference between these two variants of militancy is that the writ of state in Punjab is comparatively strong while in the tribal areas of KP, it is weak; that’s why militancy in KP has mutated into full-fledged Pashtun insurgency. Furthermore, the difference of ethnicity and language between the predominantly Punjabi establishment and the Pashtun insurgents has further exacerbated the problem, and the militants do find a level of popular support among the rural and tribal masses of Pashtun-majority areas.