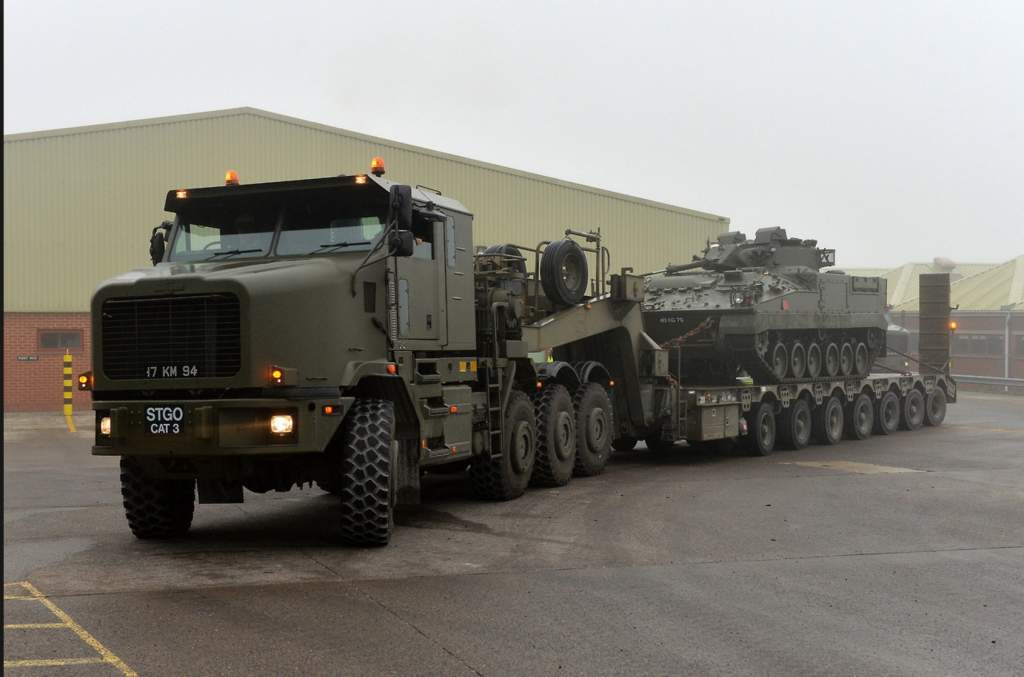 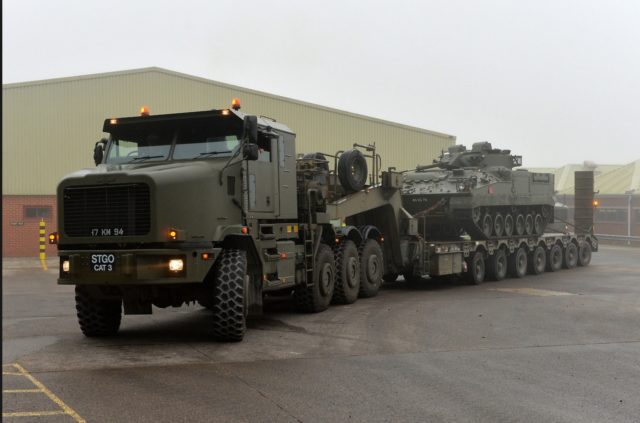 A convoy of US forces armoured vehicles drives near the village of Yalanli, on the western outskirts of the northern Syrian city of Manbij, on March 5, 2017. (AFP)
The CIA/ISIS controlled Syrian Observatory for Human Rights said that 43 American tank transporters and vehicles arrived to the outskirts of Syria’s Manbij to aid in a battle against ISIS.

This military support will aid Syria’s Democratic Forces, which are backed by the international coalition, in its decisive battle that will be launched against ISIS.

The US-led coalition had deployed 400 extra American soldiers in Syria to prevent any clashes between the Syrian factions which Ankara and Washington support.

According to Syrian activists, the Syrian regime forces had displaced Manbij residents in eastern Aleppo and sent them to detention camps in the town of Jibrin. 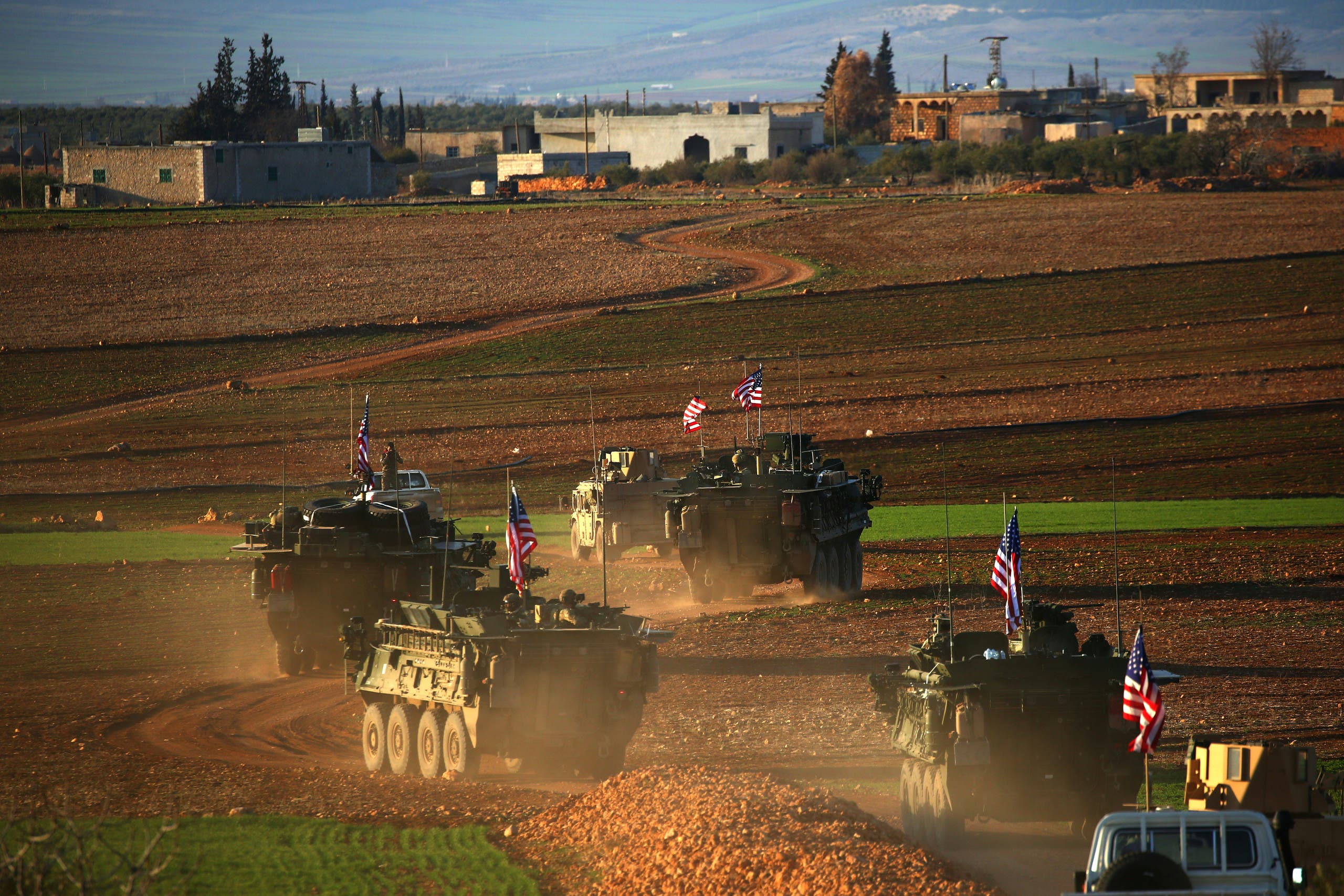 A convoy of US forces armoured vehicles drives near the village of Yalanli, on the western outskirts of the northern Syrian city of Manbij, on March 5, 2017. (AFP)