Henry Makow has a Ph.D. in English Literature from the University of Toronto in 1982 and is the author of best-selling books such as Cruel Hoax: Feminism & the New World Order and the Illuminati: The Cult that Hijacked the World. Makow grew up in a Jewish family. He has been completely misrepresented by the Khazarian Mafia.

Jonas E. Alexis: Franklin D. Roosevelt had blood on his hands. He connived with two of the most famous mass murderers in the history of mankind: Joseph Stalin and Winston Churchill. Roosevelt was also responsible for Pearl Harbor.

As Mark Dankof and I will point out in a future article, Roosevelt wanted America to enter World War II, and he used Pearl Harbor to bludgeon America to death. He ended up joining mass-murdering clowns like Stalin and Churchill, who bragged about how they slaughtered and starved poor Germans to death.

Keep in mind that it was Churchill who said of World War I: “I know this war [World War I] is smashing and shattering the lives of thousands every moment—and yet—I cannot help it—I love every second I live.”[1] So, Churchill was out to drink blood when he deliberately liquidated hundreds of thousands of German civilians to death.

Churchill and Stalin invited Roosevelt to their blood festivals, and Roosevelt generously accepted the offer when America went to World War II. But Roosevelt couldn’t just go to war precisely because more than ninety percent of Americans did not want America to play dice with another war which obviously had the potential to destroy the economic infrastructure.

In short, Roosevelt had to use a distraction–and that distraction was the Japanese attack on Pearl Harbor. Serious historians and former FDR sympathizers are now saying that Roosevelt lied to the American people about World War II, Pearl Harbor, and other issues that mattered.[2]

But there is more to FDR than meets the eye and ear, and Henry Makow will again lead us on another journey. You may disagree with him, but at least try to understand what he is saying. If you plan to respond to any of his points, make sure that your response is seasoned with historical facts and rational inquiry.

Henry Makow: Isaac Don Levine’s memoirs, Eyewitness to History: Memoirs and Reflections of a Foreign Correspondent for Half a Century, remind us that the real war is between Satanist central bankers and humanity.

Shortly after the outbreak of World War II on Sept 1, 1939, Adolf Berle, the Assistant Secretary of State for Latin American Affairs approached Franklin D. Roosevelt with news that a Communist Party defector, Whitaker Chambers, had supplied him with 20 names of Soviet spies in the State Department.

Since the Molotov-Ribbentrop pact was signed August 24, 1939, it was possible that US secrets could reach the Nazis. Berle suggested an inquiry.

FDR blew him off. This is the account of Isaac Don Levine, a well-connected Jewish journalist and ardent anti-Communist who had introduced Whitaker to Berle. He had previously arranged for the revelations of another Soviet defector, spymaster Walter Krivitsky (Samuel Ginsberg) to be published in the Saturday Evening Post.  (Eyewitness to History p. 198).

Levine enlisted other influential contacts who had access to FDR: the US ambassador to France, William C Bullitt, union leader David Dubinsky and broadcaster Walter Winchell, all to no avail.

He went to Martin Dies, the chairman of HUAC. But it was not until eight years later, in 1948, that Dies finally subpoenaed Chambers for the testimony that rocked the nation. FDR told Martin Dies in 1940 that he regarded the USSR as “our strongest ally in the years to come,” an indication that he knew in advance that Hitler would attack Stalin. Historical events are all choreographed by the bankers. Nothing happens by accident, FDR said himself.

By 1948, the Cold War was being fabricated and Whitaker’s revelations finally served the purpose of the Satanists. By this time, Soviet agents within the US government had transferred the secrets of the atomic bomb to Russia. Hiroshima had demonstrated the horror of nuclear war and humanity was in a paralysis of fear.

Not only did FDR not purge the Soviet spies in the State Department, he promoted them. Alger Hiss accompanied Roosevelt to the Yalta Conference in Feb. 1945 where most of Eastern Europe including Austria was ceded to the USSR.

According to Levine, Hiss was “closer to FDR than many ranking members of the American delegation.” A few months later, he became the first “acting” Secretary General of the United Nations.  (Levine, p. 200) He went on to become the President of Carnegie Endowment for World Peace, another Masonic front.

FDR’s son-in-law Curtis Dahl revealed that FDR was basically a frontman controlled by a “brain trust” of Masonic go’fers.

FDR didn’t purge Communist traitors like Hiss because Communism is an instrument of the central bankers to rededicate mankind to their service. FDR, Churchill and Stalin were all Freemasons. So was Hitler. Hitler ignored Canaris and Gehlen’s warnings that Martin Bormann was a Soviet spy.   Stalin returned the favor by ignoring his own spies who pinpointed the exact hour of Hitler’s invasion.  The real war is between the Satanist Jewish bankers and humanity. The Satanist goal is to inflict maximum degradation and make maximum profit. War is perfect.

The USSR was set up by these bankers and supported by their corporate cartels. The West was/is already de facto Communist in the sense that Communism represents a plot by these Satanist bankers to extend their credit monopoly into a political, economic and cultural one.

This is the reason Whitaker Chambers was slandered and ignored later when his charges against Hiss were finally addressed in 1948. This is the reason JFK was assassinated; Richard Nixon was impeached and Donald Trump faces relentless hysterical and nonsensical criticism. They were/are not sufficiently controlled by the bankers, now represented by George Soros.

Walter Krivitsky exposed two Russian spies at the heart of the British government. As a result, he was murdered by Stalin’s agents in Feb.1941.

The fact that Krivitsky did not receive protection from the US government and his death was ruled a “suicide” is additional proof of de facto Communist control of the US. But it is also proof that many Jews like Isaac Don Levine and Walter Krivitsky were courageous opponents of Communism. Judaism may be Satanism (Communism) but some Jews like myself are opposed to this agenda. The majority of Jews–like Gentiles–have been brainwashed.

Jonas E. Alexis: The Powers That Be control the banks and the economy through subterfuge and political assassination. And if you dare to challenge their essentially diabolical enterprise, then they would all scream and shout in unison: “Anti-Semites! Away with them!” Thank God that this trick has already lost its moral and political force, and thank God that even decent Israelis have already exposed it. 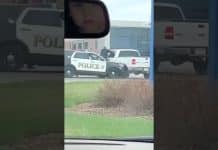 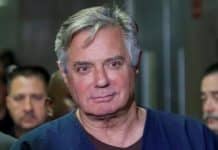 NEO – Middle East States are bringing their rivalries to Africa

Iran says it could enrich uranium to 90% purity if it wanted to, but...