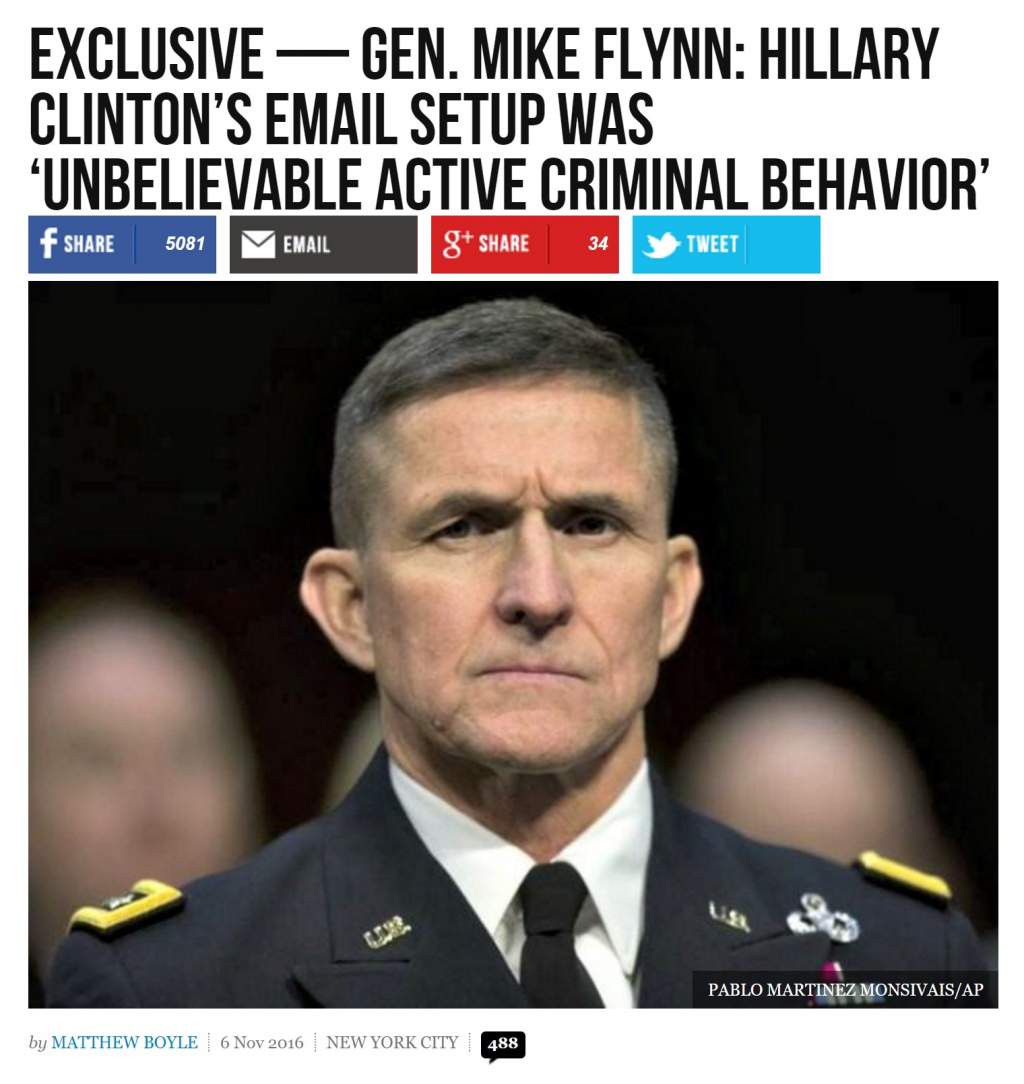 It seems the source of the “unbelievable” and totally fake news Breitbart story, accusing Secretary of State Clinton of interfering with the now bogus email investigation was a con job paid for by Turkey’s spy agency who hired, now wait for it…General Michael Flynn.

Please note that this is just another potential criminal charge against the stack we are told are out there, waiting to be filed against Sean Hannity and others at Fox News.  It was Hannity that called for President Trump to fire the US attorney preparing the indictments of Fox staffers and NewsCorp executives, which is impeachable as obstruction and conspiracy.

And because we love Fox and Breitbart so much, here is our version of another of their Fetzerized fakes: