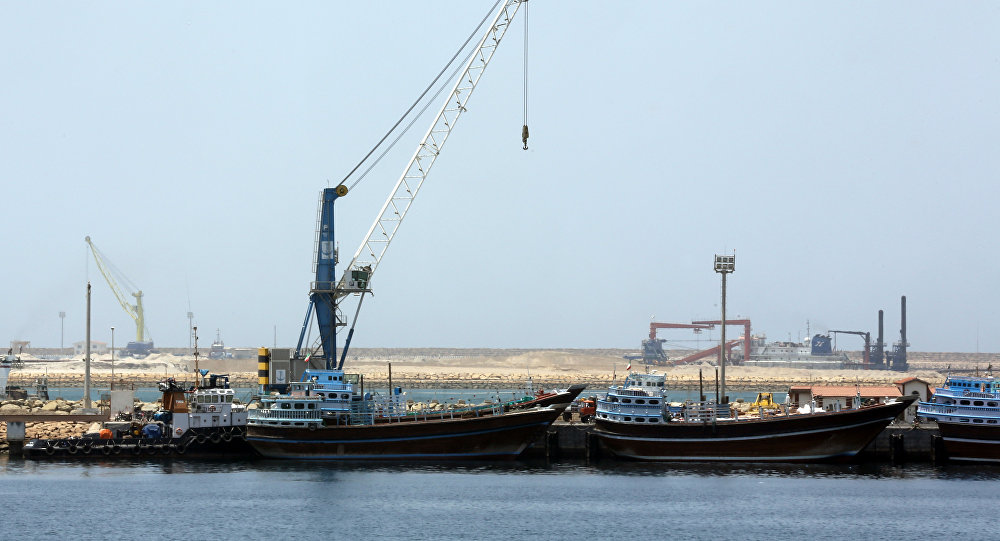 India-backed Chabahar port and China-developed Gwadar port could become the launch pads for a strategic rivalry between New Delhi and Beijing. But, it may also open another route for trade and commerce cooperation under the One Belt, One Road initiative.

New Delhi (Sputnik) — The Chinese Navy’s latest plans to expand its marine corps and station new marine brigades in Gwadar, Pakistan and in Djibouti near the Gulf of Aden, will raise eyebrows in New Delhi and give fresh impetus to Indian efforts to expedite the completion of the Chabahar port in Iran. India’s shipping minister Nitin Gadkari had expressed optimism last week that the first phase of the strategically located port in Iran will be complete by 2018.

What the two seemingly unrelated developments bring to the fore is that India-China rivalry is expanding in the Persian Gulf with both countries hedging their bets on strategically located ports and increasing their naval presence.

China has constructed a deep-sea port on the Arabian Sea in Gwadar which it is also operating and developing into a key fulcrum of its “One Belt, One Road” (OBOR) Initiative. Beijing is also building an economic corridor from Xinjiang to Gwadar, which also serves as an important foothold and gateway for China to the Arabian Sea and the Indian Ocean.

A South China Morning Post report citing military sources claimed that two brigades of ‘special combat soldiers’ had already been moved to the People’s Liberation Army Navy Marine Corps and further additions would be made.

Located less than 100 km away from each other, Gwadar port in Pakistan and Chabahar in Iran have become more than commercial operations centers. Their location is going to have a significant impact on the strategic balance in the region.The Gwadar port, with its proximity to the Straits of Hormuz, allows China access to the Indian Ocean. Its navy can monitor the US and Indian naval activity in the Persian Gulf and the Arabian Sea, while its protégé Pakistan can control the energy routes from there.

India, on the other hand, is investing in the Chabahar port in Iran, as its trump card and gateway to Afghanistan, Central Asia, Russia and further into East Europe in the long term. Moreover, it opens an opportunity for India to monitor Sino-Pakistani naval activities in the Indian Ocean Region and Gulf.

“Although the OBOR initiative is commercially enticing, we cannot join it for political reason as it would be tantamount to surrender our sovereignty over Pakistan-occupied Kashmir. To keep the pressure up on us in the region, China is trying to strategically encircle us, including creating hurdles in our cooperation with Iran and the Chabahar port. The port is strategically located and gives us a strong presence in the Persian Gulf Region and India is using all its chips to see through the Chabahar project,” he told Sputnik.

But the long-term potential holds significance too.

“In the short-term, the Chabahar port may rival Gwadar port, but in the long term, given Chabahar’s economic and commercial potential, it could open an opportunity for collaboration with the Chinese. It could even become an important link for the OBOR. But this may take a decade or more and by that time, there will be greater clarity on the port’s potential. Indian economy too will grow a lot by that time. Despite Trump’s assertions, we also don’t know right now how US-Iran relations will pan out,” he said.

“Chabahar does not lie in an insurgency-ridden area like Gwadar; therefore, it is clear that nations would prefer Chabahar. India needs to keep promoting Chabahar as a strategic port on the Makaran coast as it addresses both ease of trading as well as India’s security needs in the region,” he said.