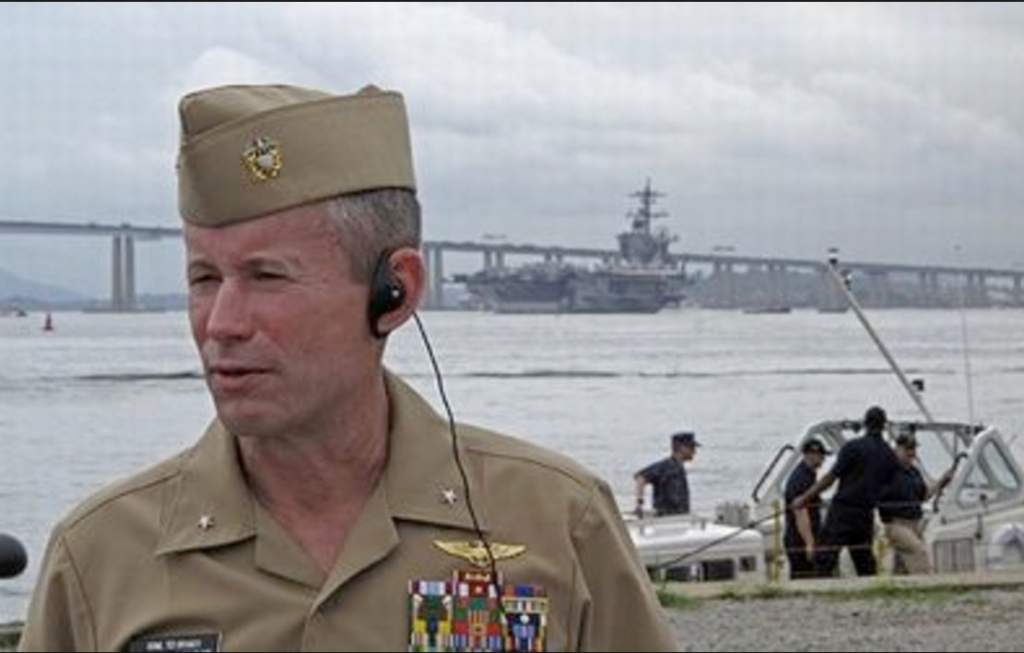 The Washington Post’s Craig Whitlock reports that the Justice Department unsealed a fresh indictment Tuesday charging eight current and former Navy officials — including an admiral — with corruption and other crimes in the “Fat Leonard” bribery case, escalating an epic scandal that has dogged the Navy for the past four years.

Among those charged were Rear Adm. Bruce Loveless, a senior Navy intelligence officer based at the Pentagon, as well as several Navy captains and a retired colonel from the Marine Corps. The charges cover a period of eight years, from 2006 through 2014.

The Navy personnel are accused of taking bribes in the form of lavish gifts, prostitutes and luxury hotel stays courtesy of Leonard Glenn Francis, a Singapore-based defense contractor who has already pleaded guilty to defrauding the Navy of tens of millions of dollars.

The indictment lists page after page of bribes allegedly provided to the defendants — seven senior officers and one enlisted sailor — including $25,000 watches, $2,000 boxes of Cohiba cigars, $2,000 bottles of cognac and $600-per-night hotel rooms. According to the charging documents, Francis also frequently sponsored wild sex parties for many officers on the USS Blue Ridge, the flagship of the Navy’s 7th Fleet, and other warships.

The indictment brings the total number of people charged with crimes in the Fat Leonard investigation to 27. Prosecutors say the case is still unfolding and that more than 200 people have come under scrutiny.