Home Investigations Over 10,000 weapons intended for terrorists seized by Europol
Share
Twitter
Pinterest
WhatsApp
Linkedin
ReddIt
Email
Print
Tumblr
Digg
… from Russia Today,  Moscow
[ Editor’s Note: My, my… it’s a good day for Europol. It seems unusual for a big arms gang to have a huge stash like this in one place. The alternative would be to have dispersed ones in out of the way places, with the trade off of the risk when moving them around.
There is not a word in the story about the serial numbers or origin of any of the weapons, whether they were reported stolen, where manufactured, etc., strange for this kind of a story where that information, at least some of it, would be included.
We don’t hear much about the arms trade in Europe. Gordon has described how the huge truck ferries on the Mediterranean, due to the speed of loading and unloading them, only rarely is anything searched. It’s a smuggler’s paradise and a major employer.  Turkey is a major small arms manufacturer, and Turks have had extensive smuggling networks all over Europe for a long time.
In the new world we live in, the long running crime operations only succeed in never getting broken up because at the top of the food chain you will find powerful political, military or security people. Sure, regular criminals are found at the bottom, but letting big time traditional crooks hoover up all of these endless millions on trafficking is something the well connected elites viewed as “unfair”. As Gordon would say, “Welcome to how the world really works” … Jim W. Dean ]
____________ 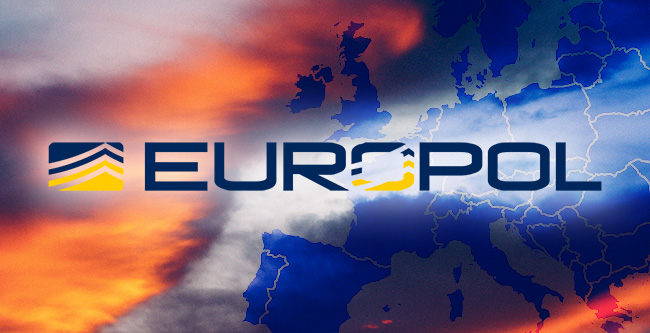 – First published  …  March 15, 2017 –
More than 10,000 assault rifles, 400 howitzer shells, grenades, and anti-aerial machine guns — likely intended for sale to terrorists and criminals — have been seized in a joint raid by Spanish police and Europol.

Video footage released by Europol on Tuesday shows the massive cache of weapons, which the Spanish National Police seized in Bilbao, Cantabria and Gerona in January as part of operation Portu, which was supported by Europol. The haul was so great it took weeks to catalogue.

The European policing agency said in a statement that there was a “significant risk” of the weapons “being acquired by organised crime groups and terrorists.”

“Due to their characteristics, their calibre and their readiness for reactivation, the seized weapons had an easy journey in the black market and posed a significant risk of being acquired by organised crime groups and terrorists,” Europol said.

The stash contained deactivated firearms which were largely purchased legally, and were later reactivated. Firearms found at the scene were ready to be repaired and transformed back into working weapons.

The crime group was using a sports shop as a front for its illegal firearms distribution center. A workshop used to reactivate the firearms was also discovered, as well as equipment to create forged certificates of reactivation.