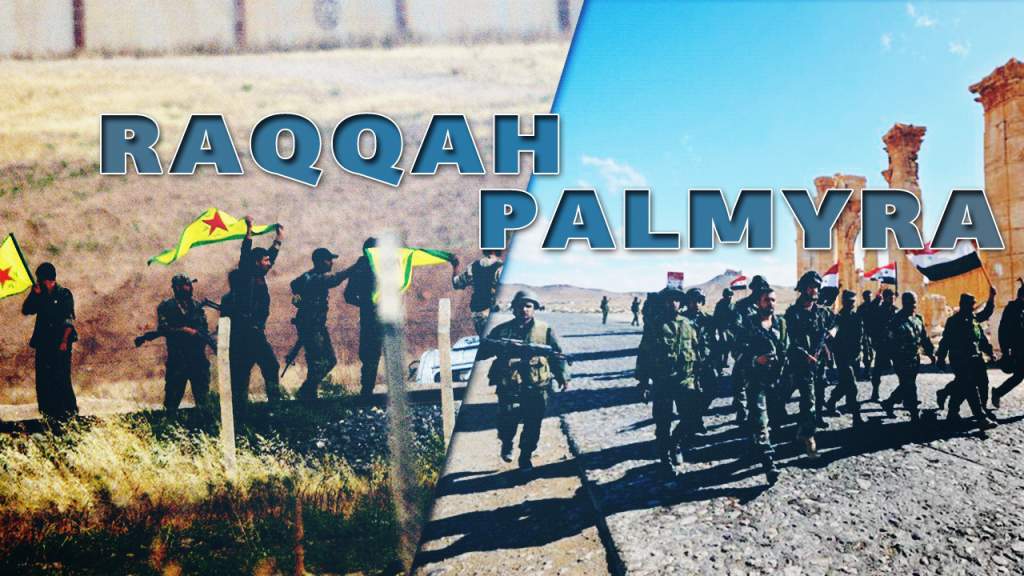 The US-backed Syrian Democratic Forces (SDF), predominately consisting of the Kurdish People’s Protection Units (YPG), have been advancing along the Euphrates River east of the ISIS stronghold of Raqqah, recapturing Khass Hibal and the nearby grain silos.

This advance allowed the SDF to deploy closer to Judayat Khabour, Hamad Assaf and Al Kulayb from which Kurdish forces had retreated earlier this month. SDF units have to retake these villages as well as the areas near Hamrat Balasim and Hamrat Nasir in order to isolate Raqqah from the eastern direction. However, even in this case Raqqah will be isolated only from the one side of the river. Thus, the SDF will need to cut across the Euphrates and to reach Raqqah outskirts.

Considering the increasing US ground presence in Syria, US-led forces will have enough military capabilities to launch a storm of Raaqah and to after some time seize the city. In turn, Syrian government forces will likely make an attempt to reach a group of strategic sites southwest of Raqqah: Tabqa, the Tabqa Airbase and the Tabqa dam.

If done, the government will be able to limit the US presence in the country with northeastern Syria. However, government forces will also need to secure the area of Deir Ezzor and its oil fields from ISIS. These efforts will draw a significant means and capabilities from the Syrian military which will delay operations against Hayat Tahir al-Sham in the western part of the Aleppo province.

Meanwhile, the Syrian army continued operations against ISIS near Palmyra, capturing the Mustadira Mountain and getting a fire control over the western part of the Mustadira gas field. This will likely lead to the liberation of the area in the nearest future. If done, government forces will be able to focus on a bunch of hilltops and the military site between the Mustadira and Jazal fields.