President Donald Trump may and can emerge as one of the limited numbers of American presidents who transformed “the American State”, setting it forward for the next generations, provided he does it right, professionally and not through “twitter”.

His election was a wake-up call and a reminder of the discontent Americans have with their own government. Democrats, before Republicans did, promised voters they were going to Washington to change Washington – drain the swamp – but once they were there, they became immersed in Washington and refused to leave or reform it. Congress is the real problem.

Every once in a while, comes a president, with a promise to change the very nature of the “American State”. Washington worked with Jefferson and Madison to set the nation on solid grounds, and it continues to be in “formation”. 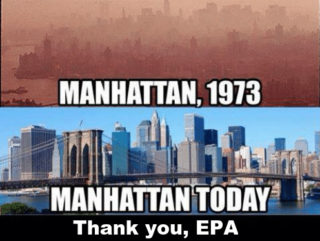 President Jackson decided to change the “demographic” composition of the nation by exiling and ethnically cleansing “American Indians” from West of the Mississippi and shutting down the second Central Bank because of its ties to business and urban areas and refusal to fund expansion west of the Mississippi. I am sure many of us young folks remember the epic movie, Cheyenne Autumn.

President Lincoln was confronted with the issue of “slavery” and took a Civil War and more than 600,000 dead, in a war that pitted families and states against each other. Well, after some 157 years, we are dealing with slavery; and America continues to be a divided country, with many continuing to argue about the Confederate Flag, the rights of Blacks to vote; and yes, we are a country divided, not only along “color” but almost everything else, and the recent election is one example.

Under successive presidents, both Republicans, and Democrats, the “Administrative State” became out of control. There is even a dispute about the number of agencies within the Federal government. According to the Federal Register (2016), there are 430 departments, agencies, and sub-agencies, of which there are 78 independent executive agencies and 174 “component of executive agencies”. That is a whole lot of bureaucratic agencies.

Now comes President Donald Trump with a promise to “Make America Great Again”. While not defining what and how President Trump’s “ideological guru” Stephen Bannon made it more clear in a recent speech at the Conservative Political Action Conference where he outlined his vision for the New “Administrative State” under the term “Deconstruction”.

President Trump and Mr. Bannon and tens of millions of Americans are not happy with the way Washington is doing things – an ever-expanding bureaucracy and an ever-intrusive government philosophy that manages everyday life for all Americans.

Deconstruction and rolling back thousands of regulations are not ideological issues; this task must be entrusted to professional teams from within the government, not outside consultants, to review all existing regulations and streamline it and reducing the process and procedures. 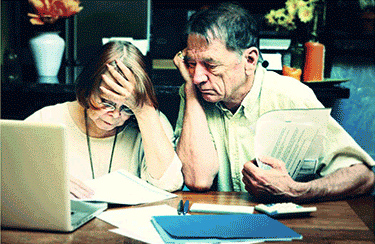 The need for a “deconstruction” of the administrative state is understandable, however, the new administration is wrongfully targeting certain agencies with the most impact on the quality of life for Americans, such as the EPA and the Affordable Care Act.

Sure, the people of West Virginia and Southern Ohio need jobs in the coal mines, but producing dirtier energy is offset by the costs of the lives of tens of thousands who suffer or will suffer from Black Lung Disease and polluted water.

What price will workers and their families will pay for such jobs in illness and healthcare? Far more than the profits made by the mines’ owners? Mr. Trump will do his voters a great service if he were to invest in clean energy factories in West Virginia and other regions of Appalachia. 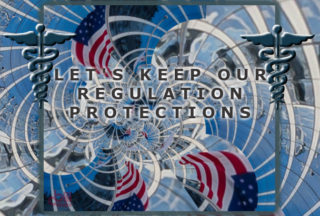 Everyone agrees the Affordable Care Act is not perfect since it was also written by the insurance industry, which made sure there was a substantial rate increase. Medical insurance companies that act as “middlemen” are making a ton of money without having any investment inexpensive medical facilities. They are brokers.

Just imagine the CEO of United Health making $60 million annually, doing what? As the Republicans are writing the Affordable Health Act, tens of millions of Trump voters will lose coverage to provide big tax cuts for the millionaire Trump friends.

It is not “socialism” when governments provide full medical coverage – “single sources.” This is not a charity or welfare system; this is taxpayers’ money put to good use by all taxpayers. And for sure, tens of billions will be saved in from the millions in salaries for executives, and the billions in profit savings for shareholders in these companies, and it will be the most cost-efficient medical services. Just think of the tens of billions in overbilling and fraud committed by health care and hospital companies overbilling Medicare and Medicaid. Why not combined Affordable Health Care, Medicare and Medicaid into a single source, saving hundreds of billions a year?

If President Trump and Mr. Bannon are serious about “Deconstruction” then they should consider this.

During the week of July 2010, the Washington Post ran a series “ Top Secret America” about “massive runaway unmanageable outsourcing of US intelligence, too large so gun-wielding and so secretive that no one knows how much money it costs, how many people it employees and how many programs exist.”

According to the Washington Post, there are” 854,000 persons working for private contractors holding a top-secret clearance.”

Only on counter-terrorism and according to the Washington Post, there are “1,200 government organizations and over 2,000 private companies working on programs for Homeland Security and national intelligence in 10,000 locations.”

More stunning is The Nation’s July 24, 2007, report on presidential daily briefings on “key aspects of national security, including intelligence and analyses used to create the President Daily Briefs have been turned over to private companies”. 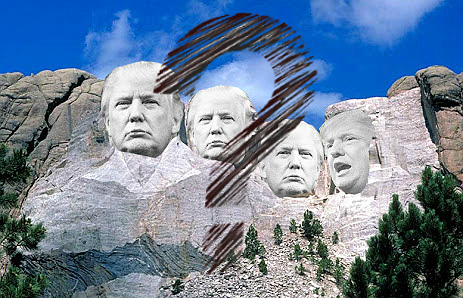 Now we all understand how Wikileaks and Snowden got their information, certainly not directly from the CIA or the hacking of the NSA, or the Pentagon, but from these ‘security contractors”. I am sure Mr. Trump will do a much better job and get more bang out of his dollars and without sacrificing national security if he were to “deconstruct” the national security state.

I am sure he will get a better national security briefing and security for the country when he trusts the main agencies, which are the CIA, National Security, and the National Intelligence and Defense Department.