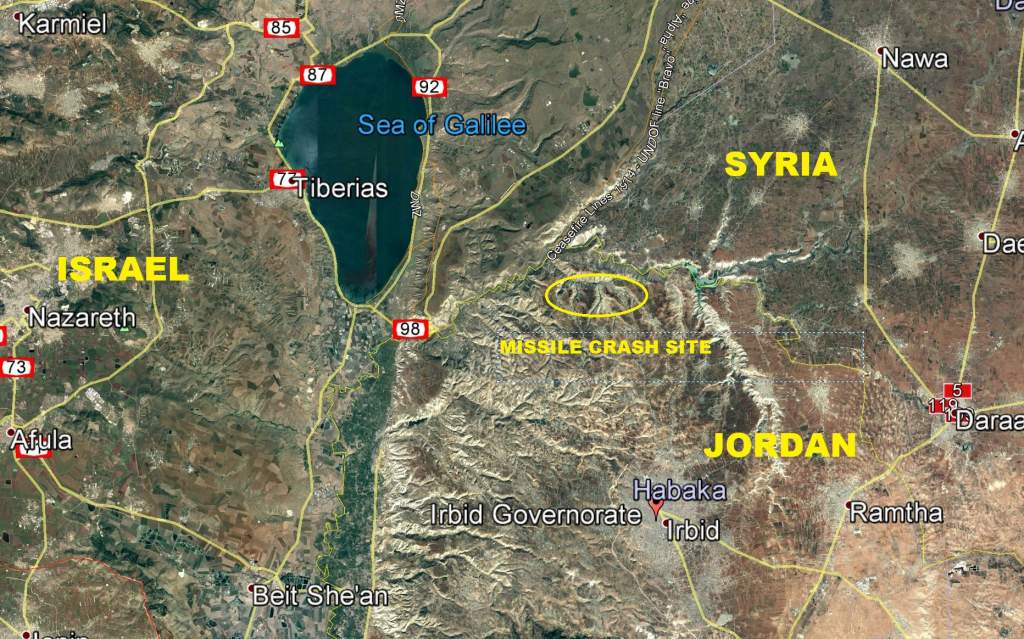 Sputnik: The Syrian Army says its air defenses have shot down one Israeli warplane and hit a second after four planes breached Syrian airspace and attacked government troops near Palmyra Friday morning. The Israeli military has denied the claims. Syrian military officials and observers told Sputnik that the incident sends an important message to Israel. 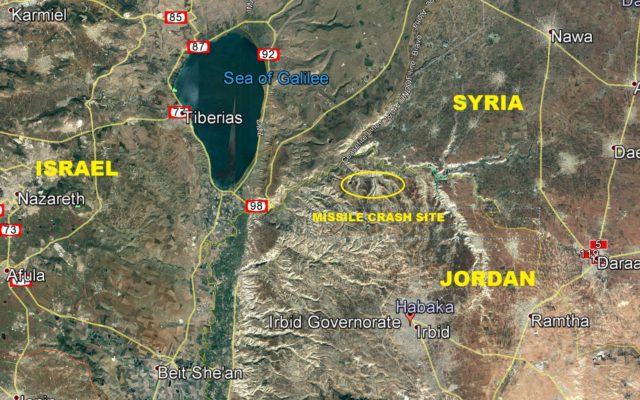 On Friday morning, Syrian Army Command issued a statement that air defense forces had shot down an Israeli jet, and damaged a second, with two more planes in the Israeli squadron managing to fly away. The Army indicated that the Israeli Air Force had violated Syrian airspace, and targeted government troops near Palmyra in the center of the country.

Earlier, an Israeli military source told Sputnik that its warplanes were targeted by Syrian missiles during an attack on targets on Syrian territory, but said that no Israeli planes had been damaged or lost in the attack. An Israel Defense Forces spokesman later again denied the Syrian claim that an IDF aircraft had been lost.

According to Israeli media, the missiles fired by the Syrian air defense forces were S-200s, a long range, medium-to-high altitude Soviet and Russian design developed back in the 1960s, and which has seen numerous modernizations over the years. 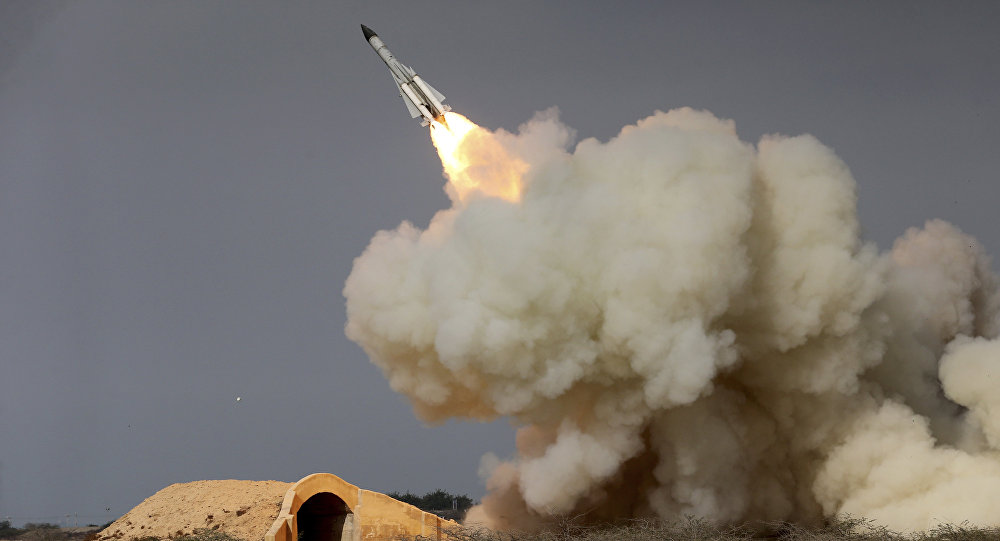 On Friday, the Royal Jordanian Army confirmed that fragments of the missiles fired on Israeli jets had fallen on Jordanian territory. The IDF said that it had managed to shoot down one of the missiles.

Debris from the Israeli interception of a Syrian missile reportedly landed in Irbid, Jordan pic.twitter.com/NQyEBmADhQ

As far as the back and forth battle of claims by Damascus and denials by Tel Aviv is concerned, experts say that it is difficult to ascertain exactly what occurred, since the Israeli military has made denial or downplaying of its losses almost standard practice.

Maj. Gen. Muhammad Abbas, a Syrian Army officer closely informed with the situation, provided Sputnik Arabic with new details about Friday morning’s engagement. “This morning at 2:40 am local time, according to a report from a military source, the Israeli Air Force breached Syrian airspace in the area over Al-Barij and headed east toward Palmyra, aiming to destroy Israeli military facilities. I can declare with total certainty that the enemy’s missiles failed to reach their targets,” the officer said.

“According to the air defense forces, one aircraft was shot down, and a second damaged. The rest flew away. The plane that was shot down fell in occupied territory,” Abbas added.

The officer indicated that the Israeli Air Force is now likely “in a state of shock over the operational efficiency, responsiveness and precision of the work of the Syrian Army in defending its airspace. Our air defense capabilities allow us to track an approaching enemy even in the skies over Jordan, and hit the target anywhere over Syria.”

Col. Samir Suleiman, head of the Syrian Army’s information service, clarified that the IDF’s intended targets were Syrian Army positions in the mountains near Palmyra. He also confirmed that the Israeli warplanes were F-16s, which entered Syrian airspace from over Lebanese airspace near the city of Al-Nebek in the region of al-Barij.

The officer indicated that the Syrian military had made significant progress in efforts to liberate territory in the vicinity of Palmyra from Daesh (ISIL/ISIS) on Thursday evening. As far as the Syrian military’s further plans against Israeli attacks are concerned, Suleiman noted that a decision on this issue could only be taken by the country’s military command.

Speaking to Sputnik Arabic about the implications of Friday morning’s events, Syrian military observer Col. Mohammed Isa said that unfortunately, the IDF attack effectively confirmed Israel’s support for Daesh. Isa based his assertion on the fact that apart from the terrorists, there are no other anti-government forces operating in the area around Palmyra, the ancient city which was recently liberated from the extremists. 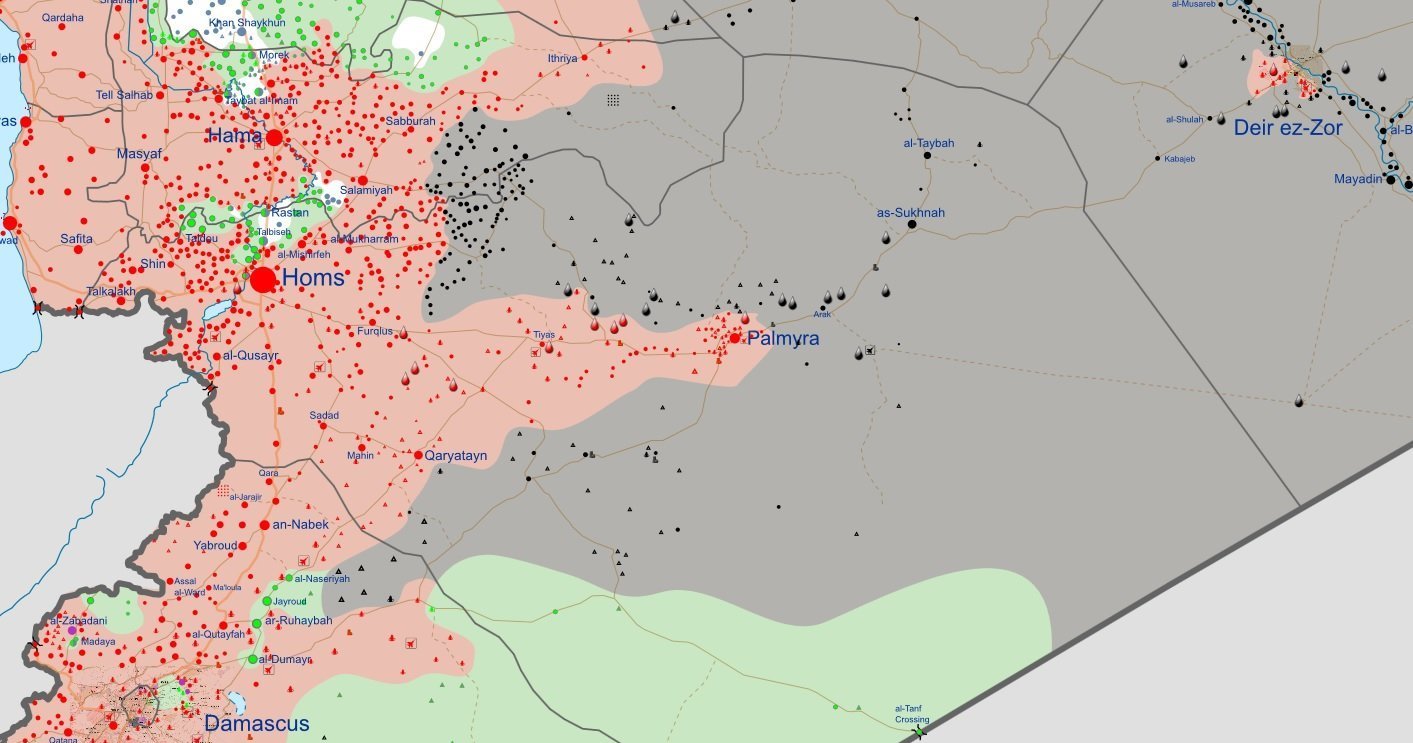 Isa lamented that while most of the world, including the Western powers, consider Daesh to be the main enemy to civilization, Israel is effectively ‘providing air support’ for the terrorists. The expert recalled that Israel has been known to support Syrian terrorists for a long time, including taking in wounded Nusra Front fighters to be treated in Israeli hospitals. “Today we saw another confirmation of this fact,” the expert said.

For his part, Nikolai Surkov, Middle East expert and professor at the Moscow State Institute of International Relations, told Radio Sputnik that the Syrian Army’s use of missiles was an attempt to send an important ‘polite signal’ to the Israelis.

“This is far from the first time that the Israelis have conducted air raids over Syrian territory,” the analyst recalled. “They are hunting for Hezbollah, and trying, they say, to prevent the transfer of weapons.”

“Through the course of the entire Syrian crisis, [Israeli has] made periodic attacks, both on the outskirts of Damascus, and on Syrian military installations on the coast of the Mediterranean,” Surkov added. “Periodically, Syrian air defenses have been able to fight back.” This includes a 2013 incident when Israeli cruise missiles were successfully shot down over Damascus.

As far as the causes of Friday morning’s attacks are concerned, the analyst recalled that Hezbollah units (which Israel considers to be a terrorist group) have taken part in the operation to liberate Palmyra. “They could be located there, and perhaps the Israelis were hunting for one of their field commanders.”

In any case, leaning toward the Israeli assertion that their aircraft weren’t actually shot down, Surkov suggested that “the very fact that Syria opened fire against the Israeli warplanes, but did not shoot them down, having fired at the last moment, may be seen as a kind of warning – as if to say: do not do this anymore. This is a ‘polite hint’ from Damascus not to carry out strikes in these areas.”

The Arrow 3 missile defense system that was delivered to the Israeli Air Force on January 18, 2017. (Defense Ministry)

Set aside for one moment the celebrations here regarding the successful interception by the Arrow missile defense system of a Syrian missile early Friday. Israel has no shortage of reasons to be concerned by “the message” involved in Syria’s firing of surface-to-air missiles at Israeli fighter jets overnight. This is just the tip of the iceberg when it comes to the increasingly worrying situation taking shape in the north.

Pre-dawn Friday was not the first time Israeli jets have hit targets in Syria, but it is the first time that Syrian President Bashar Assad has chosen to respond, firing several SA-5 surface-to-air missiles at the departing warplanes.

It would seem that Assad wants to put Israel on notice that he no longer intends to sit idly by while weapons convoys headed from Syria to the Hezbollah terror group in Lebanon are destroyed by the IDF.

According to Arab-language media reports, the target of the Israeli airstrike — which is said to have occurred near the Lebanese town of Baalbek — was a convoy of trucks carrying “strategic weapons,” a term which Israel has previously used to define advanced missiles and chemical weapons.

In the past, Assad has rarely responded to reported Israeli air and missile strikes on targets deep within Syria.

His apparent growing confidence would appear to come from his recent successes in defeating rebel groups and the Islamic State in the brutal Syrian civil war, thanks largely to massive Russian support.

It is unlikely that there was any Russian involvement in firing the missiles at the Israeli jets. Israel works very hard to coordinate with Moscow to ensure no accidental clashes with the superpower in Syria’s crowded skies.

Prime Minister Benjamin Netanyahu is a frequent visitor to Moscow, most recently last week where he went to press Russian President Vladimir Putin to try and prevent Israel’s arch-foe Iran from filling the vacuum in Syria left by the nearly vanquished Islamic state.

These concerns show that the use of surface-to-air missiles against Israeli fighter planes is only a minor headache for Israel.

A much greater problem for the Jewish state lies with a report published earlier this week in the Kuwaiti newspaper al-Jarida that Iran has established rocket factories in Syria and Lebanon capable of producing long-range missiles.

According to the al-Jarida report, the missile production facilities are built deep underground and are operated by advisers from the Iranian Revolutionary Guard Corps, as well as Lebanese experts trained at the Imam Hossein University in Tehran, a key training institution for IRGC personnel.

The goal of these factories is said to be to produce highly accurate missiles and rockets capable of striking strategic targets in Israel, and if reports leaking out in the Arab-language media are true, then it is safe to say these factories will not be easily destroyed in Israeli airstrikes.

The Iranian missile factories in Syria and Lebanon also correspond with Iran’s desire to establish a naval port in Syria to be leased for 50 years, which would help Iran guarantee its interests in the war-torn nation.

All of this points to a trend that we will likely see much more of in 2017: as the Islamic State terror group gets weaker, the influence of the Islamic Republic of Iran expands and gets stronger.