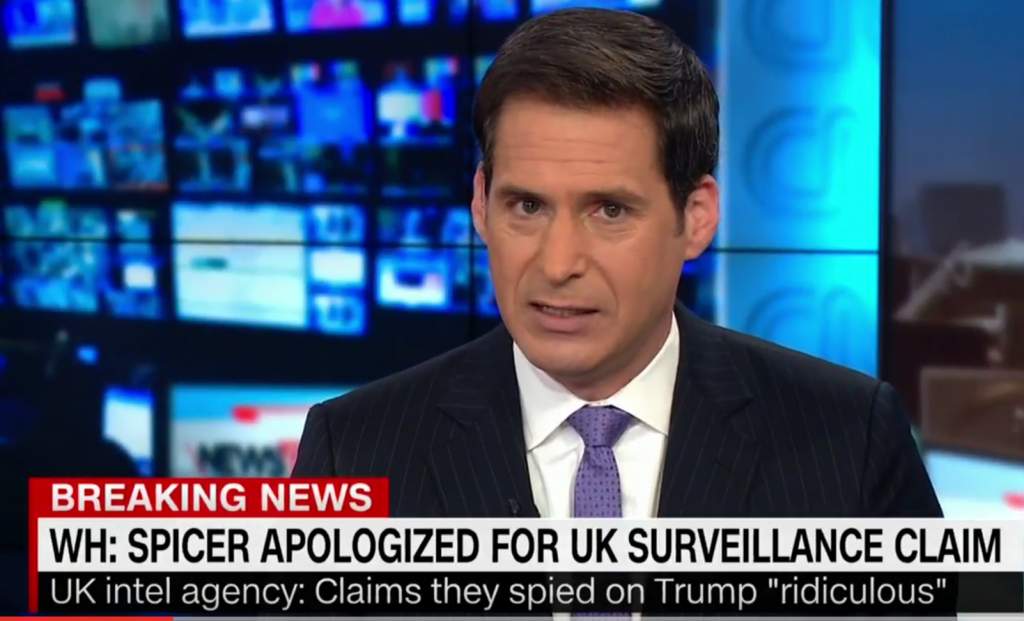 [Editor’s note: Trump is proving to be very good at making enemies, he has annoyed Mexico and Australia, now he has turned on the USA’s oldest ally – Great Britain. Well, we may be a small, relatively powerless little island, but Her Majesty’s Government is not about to allow a fat, lying, bloviating pussy grabber with ludicrous hair, orange skin and tiny, childlike hands to get away with besmirching it’s intelligence services with his ludicrous fabrications.

GCHQ, the British equivalent to the NSA responded angrily to Trump’s spying claim: “These allegations are complete and utter nonsense”. One commentator reported that he had “Never heard intelligence officials so angry.” Other phrases muttered in British intelligence circles (minus the extensive use of colourful expletives) included “nonsense”, “utterly ridiculous”, and “should be ignored”.

After being given a damn good thrashing verbally, The White House has promised allegations that Britain’s intelligence agency spied on Trump will “not be repeated,” according to the British PM’s spokesperson. Yes, embarrassed US officials have had to prostrate themselves in apology due to Trump’s bullshit.

Are they also going to apologise to the U.S. Intel Agencies Trump belittled and lied about? How about Barack Obama, doesn’t he deserve an apology too?

The Senate Intelligence Committee (SSCI) statement could not be clearer:

Trump made it all up.

No-one in Washington is surprised, after all, the DNI, FBI, HPSCI, SSCI, Speaker Ryan and basically everyone other than the White House said that Trump’s wiretapping claims were false.

By making such bold, blatantly false claims, Trump has created a Constitutional crisis and attacked America’s closest allies, clearly he will do almost anything- to defer questions about his ties to Russia.

However, no matter how many times he labels any mention of his Russian ties ‘Fake News’, Trump has not heard the last of this issue, not by half. A new Fox News poll in the wake of the SSCI report showed that 66% want investigation of Russia/election, 63% want investigation into whether Trump was connected.

As former NSA employee John Schindler noted on Twitter “NSA-GCHQ partnership remains rock-solid. Defeated Hitler, won the Cold War. Been challenged by Kremlin shills before. Just not ones in the WH.” Ian]

What can anyone say about this.  Years ago, Napolitano promised to reveal information on 9/11 as an “inside job.”  Instead, he was fired.  Many assumed he might be a player with inside sources.

Instead, it has turned out Napolitano is another conspiracy hack, perhaps one who is playing Trump, the malevolent orange clown jester of Washington, for more of a fool than is already known.

The US just took a prestige and credibility hit around the world, with Russia and China in particular, that we will never survive.

Someone shut him up.