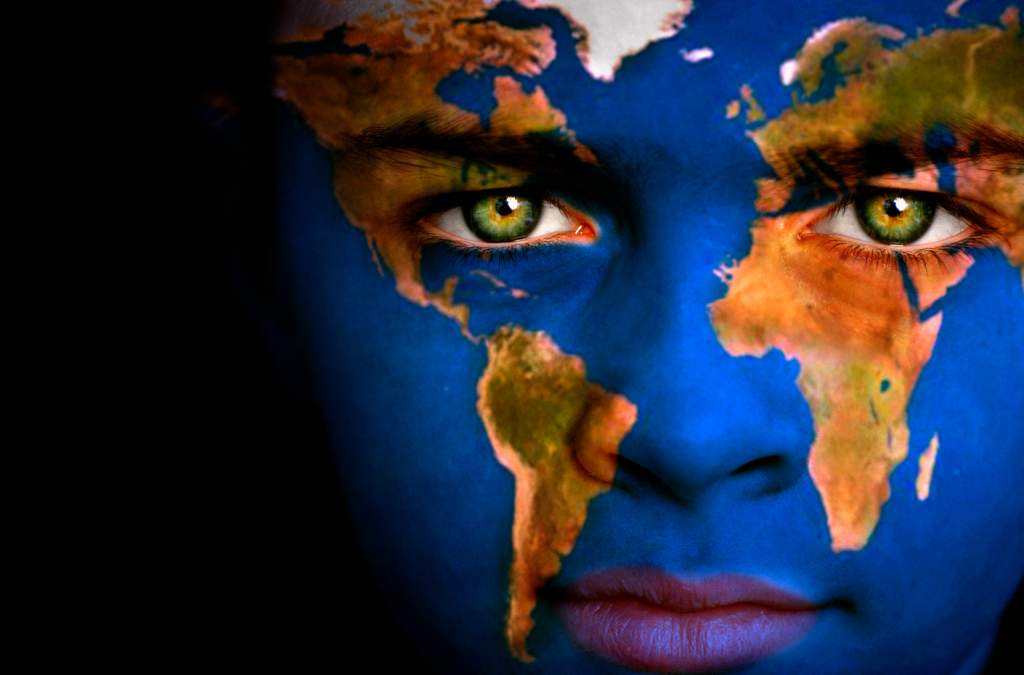 [ Editor’s Note: Eastern Europe is hard for Westerners to stay abreast of and impossible for those in the US, as it might as well be on Mars in terms of our following its politics. That is why NEO and their different pool of writers has been a great resource for covering areas in which we were weak.

We cannot be all knowing about all things here at VT, our key staff, as there just isn’t the time. So we deal with that by always looking out for sources of good material who have the background in the area and contacts to keep us filled in on what we need to be aware of, which can have a ripple effect on us.

Phil is an American living in Germany with a Romanian wife, so Eastern Europe is part of his beat, as the US’ west coast would be ours. What we need to know is how things are trending in this area, which is being staged as the New Cold War battleground, a political one now, and maybe hotter later.

The West has fallen in love with its almost-free jihadi cannon fodder as its destabilization and regime overthrow mercenaries; and East Europe is served up as the community version of that tool. But as Phil describes below, more of the rank and file folks are getting wise to that game and don’t want to play any more, having figured out that they have been assigned a lose-lose position.

The apple cart has now been tipped over on the idea that Eastern Europe is a buffer zone between the major Cold War powers so that both can feel safe. And, despite the US’ and NATO’s endless attempts to paint Russia as an aggressive threat, professional analysts see through that as fake war hype, since Russia does not have and won’t have the military power to ever sustain any aggression on Europe.

All claims to the contrary belong in the same hype box as the Iranian nuclear weapons program hoax. Sadly all the Western citizens that got conned on this for years took no revenge when the hoax was exposed in 2015. We are becoming plantation animals politically by our own hand, as much as by our minders. So, why do I feel the global elitists imagine that we should all live like Romanians — that we are just another commodity to be traded or exploited? …Jim W. Dean ]

The EU, NATO, and the western alliance have utterly failed the people of eastern Europe. The unrequited love of former Soviet bloc nations is slowly turning to scorn.

The Euromaidan and ensuing civil war have laid bare an ideological and cultural divide ages old. With Brussels and NATO reeling from recent events, the fear mongering used to leverage aligned nations is losing its effectiveness.

A meeting between Russian Prime Minister Dmitry Medvedev and Moldova’s former PM and current head of the Socialist party, Zinaida Greceanîi in Moscow reveals the general eastern shift to Russia. While the world watches and waits on the next fantastical Donald Trump moment, the Russian administration continues to mend fences and to create new bonds of friendship.

To the south and west of Moldova a score of EU member states discuss a “Brexit-like” abandonment of a globalist system many see as doomed to failure. And Moldova’s plight since the fall of the Soviet Union is a picture window into the biggest international experiment in history. To quote Ms. Greceanîi on Moldova’s recent elections and the lean toward Russia:

“We won because the majority of Moldovans are for strategic partnership with Russia. In 2014, our current pro-European coalition in the parliament signed an agreement on association with the European Union, and, frankly, we got almost nothing in return from the European Union, while sustaining a major economic setback by losing the Russian market and our strategic partner. This is what happens when politicians who try to destroy age-old ties and traditions between our peoples come to power.”

The Moldovan politician expressed what is a growing sentiment toward the European Union. The poorest country of the former Soviet republics, Moldova is perhaps the most neglected country in Europe. And recent calls from the south for Moldova and Romania to reunite foretell of the wider neglect of nations in the region.

Hungary to the west has begun a Russia lean as well, and Bulgaria to the south of Romania was never fully a western satrap. Upheaval in Bucharest over real or perceived corruption by leadership, Greece’s ongoing plight, the old sounds of Serbia and even countries like Slovenia – send a clear signal.

We’ve seen the evidence of a collapse of confidence in the western alliance for some time. Tomáš Kostelecký, Director of the Institute of Sociology at the Czech Academy of Sciences in Prague had this to say about a series, “25 Years after the fall of the Berlin Wall”:

“Overall I think the Czech Republic, Slovakia and Poland are examples of countries that came out well, whereas for others it was not so successful.”

A poll conducted in Czech Republic in 2014 showed that more than half the people there considered life before and after Soviet rule the same. In other words, most people in even the richest former Soviet bloc countries see no difference in the two systems. Many people see the spread of so-called democracy as a total lie.

While free movement allowing Romanians (for instance) to travel to Germany for better paying jobs is a plus, Romanians choosing to stay home have been devastated by corruption, austerity, and the loss of potential to globalization.

In Romania a poll conducted back in 2014 showed half of Romanians held a positive view of their condemned leader Nicolae Ceausescu and believe that life was better under him. The same poll showed that of the 1,460 respondents, 54 percent claimed that they had better living standards during communism, while 16 percent said that they were worse. I make this point because of the strategic and ideological importance of Romania.

Of all the countries in the EU, Romania was by far the most pro-democracy – the people there betting all their futures on the American promise. I know this because my wife is from Romania and her father was one of the unsung heroes of the revolution there in 1989.

Romania has a history of picking the wrong side, and EU membership did about as much for Romanians as their brothers and sisters in separated Moldova. In Hungary the recent visit by Russian President Vladimir Putin sent western mainstream media on a rant.

But the fact the Hungarian economy has been hammered by the food embargo introduced by the Kremlin in response to US and EU sanctions against Moscow is but one sour note on EU policies in the region. The Minister of Foreign Affairs and Trade for Hungary, Peter Szijjarto told Kommersant the other day:

“According to our estimates, the loss of profit for Hungary amounts to $6.5 billion over the last three years. We are speaking about exports. Given that the annual volume of Hungarian exports is about $90 billion, the losses are biting.”

Hungary’s recent overtures toward Russia are freaking the parliamentarians in Brussels out at the same time leaders like Germany’s Angela Merkel try and come to grips with thawing of relations between Moscow and Washington under U.S. President Donald Trump. A new wave of populism sweeping all Europe is seen by the left wing as some Russian conspiracy, when in reality the movement is a change of errant course.

These former Soviet bloc countries are a kind of litmus tests that shows the EU was never a fair game in the first place. Germany and the central Europeans thrived for a time, while other nations were left to stagnate. In a recent poll conducted in Hungary, 75% of those asked favored pragmatic relations with Russia as opposed to only 5% saying that “Hungary should not even talk to Russian President Vladimir Putin at all”.

The Turkish reset with Russia, especially the renewal of the so-called “south stream pipeline” project mirrors the Russia tilt in Greece, Macedonia, Slovenia, Italy, and other formerly devout NATO-EU devotees. President Putin just recently praised Slovenia for an invite for a Trump-Putin summit in the country’s capital of Ljubljana.

Slovenia, the native country of First Lady Melania Trump, is a literal stepping stone in what some will remember from Putin’s Vladivostok to Lisbon initiative. No matter how one classifies all these geopolitical moves, the clear trend in favor or Russia ties is crystal clear.

The globalist Washington Post called the trend “Europeans bowing to the power of Putin”, when in reality the motives are pragmatism and logic. Moving away from big promises and failure toward a change is only a natural thing.

Finally, in 2014 Germany’s former Chancellor Gerhard Schroeder blamed European Union policy for the current situation in Ukraine, and he also urged the West to stop new sanctions on Russia. Now we are seeing that Schroeder was right. At the other end of the German political spectrum,  German Left Party (Die LInke), Dr. Sahra Wagenknecht has railed against Chancellor Angela Merkel, NATO, and the west in general for failed policies and the destruction of détente with Russia.

At the center of her arguments lay a certifiable truth of Eastern European affairs since the fall of the Berlin Wall. In an interview with German Radio, Dr. Wagenknecht spoke about America’s “substantial economic interests” (“handfeste wirtschaftliche Interessen”) in the Ukraine, as a big part of Europe’s problem:

“There are substantial economic interests: the Americans have been in the Ukraine since the beginning. They have even made agreements with Ukrainian companies, even investing in some of them. So there are substantial economic interests, and it is all the more critical that Europe not be dragged into this (by the Americans), but that we act in our own interests.  This means peace and cooperation of course with Russia, improving the relationship which has cooled off markedly in the past months.”

The common thread running through the new west-east crisis is “financial interest”. This will be the focus of my next report. For now though, it is not the Trump White House that seems in disarray, but Brussels and the NATO alliance. Stay tuned.

Phil Butler, is a policy investigator and analyst, a political scientist and expert on Eastern Europe, exclusively for the online magazine “New Eastern Outlook”.
____________