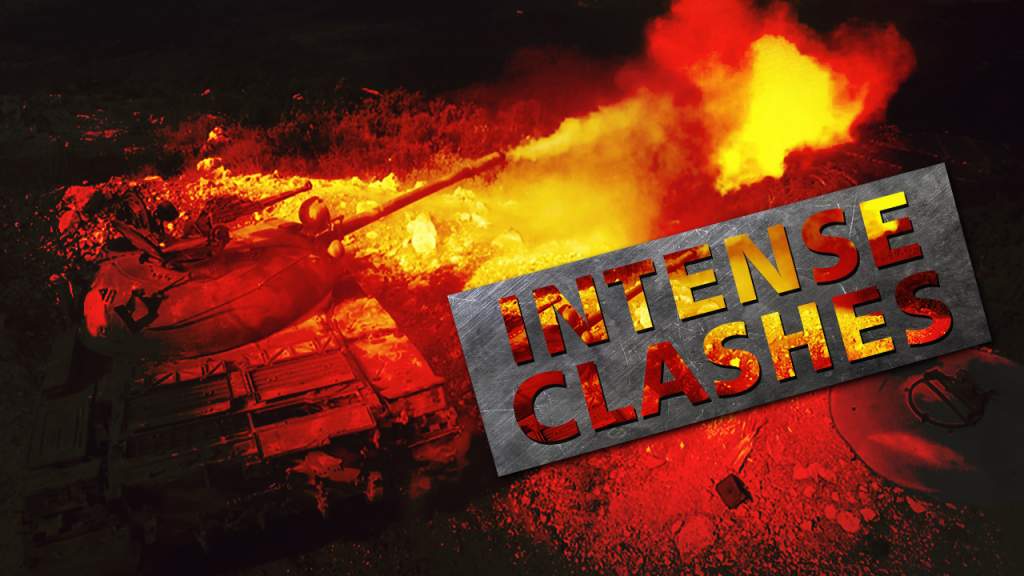 The Syrian army and the National Defense Forces (NDF), backed up by the Russian Aerospace Forces’ attack helicopters, further advanced against the ISIS terrorist group in the countryside of Palmyra.

They captured a mountain chain north of the Mazar Mountain and attacked ISIS units at the nearby al-Haram Mountain. Government forces also resized the Talilah crossroad and the Talilah Heights from ISIS terrorists in the southern Palmyra countryside. Clashes also continued in the area of Arak where the army and the NDF were advancing against ISIS units.

Troops of the recently formed 5th Legion, trained and equipped by the Russians, played an important role in the operation.

The ongoing military operation clearly shows that speculations, which had appeared at some pro-government sources, about the rapid army advance in the direction of Deir Ezzor, are far from reality.

As SF reported earlier, the main goal of government forces is to secure the Palmyra countryside, including hill tops and gas and oil fields in the area which are still in the hands of ISIS terrorists.

Government forces, led by the Syrian army’s Tiger Forces, liberated Um Al-Murra and the Al-Murra hill, Sharimah, and Juni al-Salamah from ISIS terrorists near Deir Hafer in the province of Aleppo. The advance continued in the direction of Aqulah and Qusayr. If Aqulah is liberated, government troops will cut off the main road linking the ISIS-held city with the rest of ISIS forces in the province.

On March 19th, ISIS terrorists advanced in the Wadi al Azeeb area, forcing government forces to close the Salamiyah-Ithriya highway. This ISIS attack was likely aimed to draw the Syrian military’s attention away from the Palmyra countryside. Nonetheless, terrorists were not able to deploy enough forces to pose a major threat to the government sites.

Hay’at Tahrir al-Sham (a coalition of militant groups led by Jabhat Fatah al-Sham, formerly Jabhat al-Nusra) launched an advance against government forces in the Qabun Industrial Area in Damascus. Hay’at Tahrir al-Sham used car bombs to break government defenses and seized a number of points, including the electric company building. Then, government forces launched a counter-attack and retook the electric company building. The goal of the militant advance is to link up the Qabun area with Jobar and the Eastern Ghouta region held by militants.

Militants are surrendering the al-Waer district in Homs after making an agreement with the government under Russian mediation. Over 1500 members of militant groups and their families have already left the area. Experts estimate that some 8,000 people will depart the area for Idlib. Over 40,000 will remain in al-Waer as the government takes full control of it.