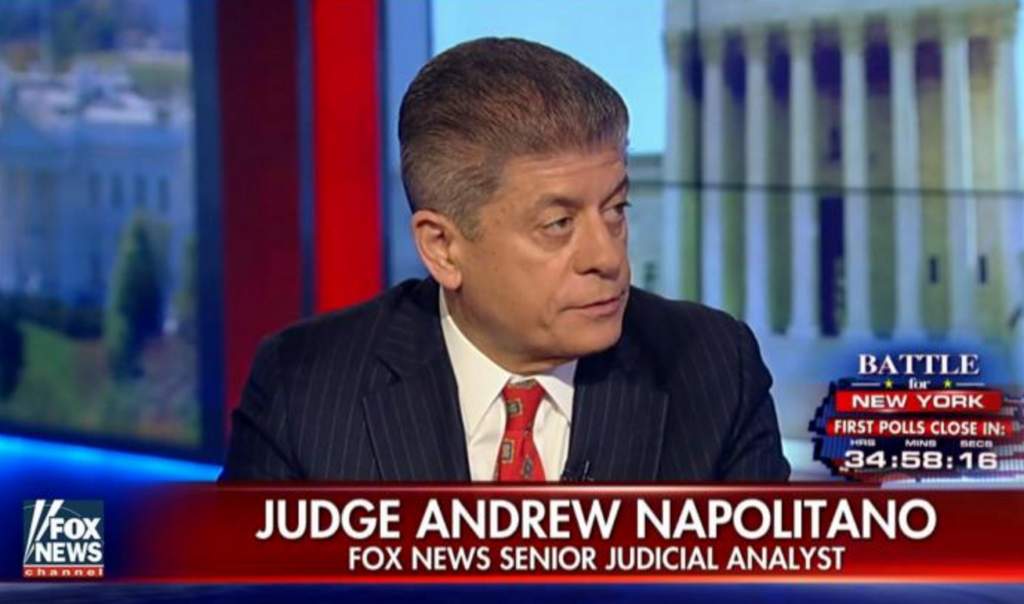 Fox News has dropped a legal analyst who claimed British intelligence might have helped spy on Donald Trump during his bid to become US president.

Andrew Napolitano had been pulled from the channel, a source at Fox said. The network made no immediate comment on Monday.

Napolitano said last week on Fox & Friends he had three intelligence sources who said Obama went “outside the chain of command” to watch Trump.

Britain dismissed the report as “nonsense” after the White House press secretary, Sean Spicer, quoted it in a briefing, part of the administration’s continued defence of Trump’s unproven contention that Obama wiretapped him at Trump Tower during the 2016 presidential campaign.

The director of the FBI, James Comey, testifying before Congress on Monday, became the latest official to state that no evidence had been found to support Trump’s charge.