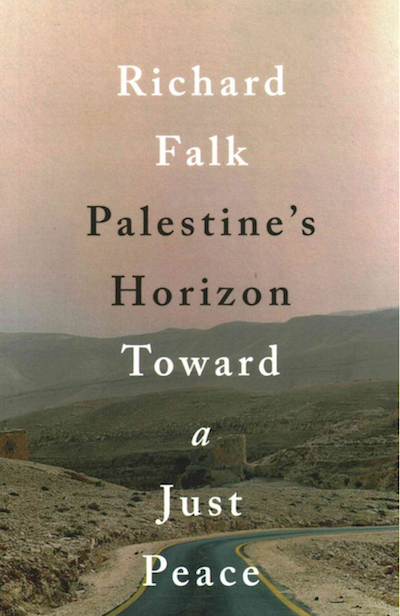 Jewish history is a chain of disasters: inquisitions, holocausts and pogroms. Time after time, throughout their history, Jews find themselves discriminated against, persecuted and expelled and, to most Jews, this continuum of tragedy is largely a mystery. Yet one would expect that Jews, clever people for sure, would peer into their past, understand it and take whatever measures necessary to change their fate.

I was born and raised in Israel and it was many years before I realised that Israel was Palestine. When I was a young Israeli boy, the Holocaust and Jewish suffering were somehow foreign to me and my peers. It was the history of a different people, namely the diaspora Jews and we young Israelis didn’t much like their Jewish past. We didn’t want to associate ourselves with those people, so hated by so many, so often and in so many different places. Erasing two thousand years of imaginary ‘exile’, we saw ourselves as the sons and daughters of our Biblical ‘ancestors.’ We were proud youngsters and we were disgusted by victimhood.

So Jewish suffering has, in many ways, been a riddle to me. But yesterday, at the London School of Economics (LSE), I witnessed a spectacle of Jewish bad behaviour, so incredible, that much that hitherto had been unclear, suddenly became all too clear.

Yesterday, at a talk given by one of the greatest humanists of our generation, Professor. Richard Falk, it took Israel-advocate Jonathan Hoffman just sixty minutes of intensive hooliganism to cause him to be ejected from the hall.  As Hoffman and his associate were thrown out of the building, the entire room expressed their feelings by shouting “Out, out, out”

Hoffman wasn’t just a run-of-the-mill thug. Waving his Jewish nationalist symbols, he was acting openly as a Jewish-ethnic activist. Later I learned that he is associated with many Jewish and Zionist institutions: BOD, Zionist Federation and so on.

Behaving as he did with total disrespect to an academic institution, did Hoffman think that the LSE was some kind of yeshiva or perhaps just his local synagogue? I guess not. My guess is he just assumed that, like so many spaces in our country today, the LSE was simply ‘occupied’. It seems that merely the presence in a room of just one Zionist is enough to transform that room into occupied territory.

Never in my life have I seen an entire room so united in its outrage and if anyone within the Jewish community believes that hooliganism a la Hoffman & co is going to make Jews popular, they are wrong. Judging by the reaction I witnessed in the LSE yesterday, there is now total fatigue with Zionist thought control, book burning and brutality.

But I would also like to use this opportunity to issue a sincere apology. In Falk’s book launch yesterday, I suggested to a Palestinian supporter that, rather than reading Jewish historian David Cesarani on the Holocaust, he may like to give David Irving a try. Some Jewish students were outraged by my comment so I would like here to correct my statement, to make it more inclusive and categorical. Don’t just read David Irving. If you genuinely want to understand the world around you, make sure you hear every voice these people want to suppress and read every text these people try to burn.

Once you’ve read it, you decide whether the text should make it to your bookshelves – or to the pyre.

So to Jewish thought-controllers and book burners, both Zionist and ‘anti’: You have clearly launched a war against academic freedom. You are engaged in thought-control and book burning. You have begun a fight with core Western values: openness, scholarship, tolerance. All those things associated, not with Jerusalem, but with Athens. I have no doubt that in this war you may win some battles, you may manage to cancel a talk here and there, you may even manage to burn a book or two.  But you will lose the war. Freedom will prevail, for the yearning  for freedom is engraved in the human soul.

I urge Jews and Jewish institutions to consider carefully whether their behaviour really serves Jewish interests. As the author of the most read book on Jewish identity politics, I can see in the making, a disaster.