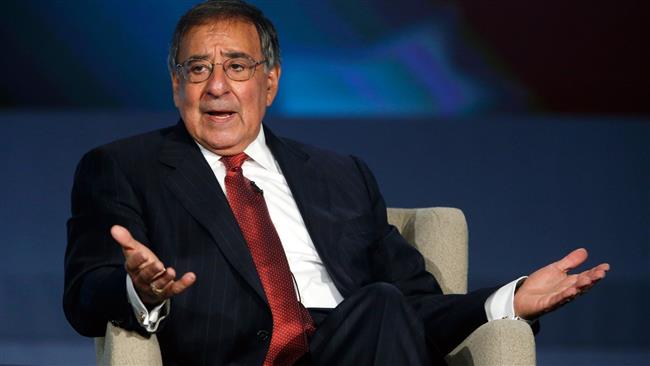 The New York billionaire has accused Obama of wiretapping Trump Tower in the run-up to the 2016 presidential election.

His claims followed an investigation into his ties with Russia and a possible role Moscow played in his victory.

As part of the investigation, Comey appeared before the House Intelligence Committee for a hearing on Monday, asserting that there is no evidence for Trump’s claims.

On March 4, the New York billionaire attacked Obama (pictured above) on Twitter, claiming that he had “tapped” his phone ahead of the November 8, 2016 vote.

Comey’s remarks as well as earlier ones by those in charge of the investigation made former Director of the Central Intelligence Agency Leon Panetta speak up, calling on Trump to “apologize” to his predecessor.

“I think we ought to bring this all to an end. I think the chairman and the ranking members of both the House Intelligence Committee, the Senate Intelligence Committee essentially said — that and now the director of the FBI — has said that there’s no evidence that President Obama ordered any kind of wiretapping. I think the case is closed. The president, you know, made a false allegation here, and it was not substantiated. He asked then that there be an investigation which we’ve gone through. That investigation has found that there’s no truth to this allegation,” said Panetta (pictured below).

“I just think it’s time for the president to you know rise up to the responsibility of being president of the United States, acknowledge that he made a mistake, apologize to President Obama for what he said, and let’s all move on and move on. Move on to deal with the other critical issues that are much more important issues related to healthcare, issues related to a new Supreme Court justice, issues related to the budget, to immigration. I mean, there are huge issues out there that we ought to be focusing on. The president doesn’t need this because it impacts on his credibility as president. And if he’s going to if he’s going to lead this nation, he’s got to do everything to try to restore that credibility.”

Comey’s appearance before the committee yielded the first public confirmation that a probe was underway to detect possible collusion between Trump and Russia.

“That includes investigating the nature of any links between individuals associated with the Trump campaign and the Russian government and whether there was any coordination between the campaign and Russia’s efforts,” said the director of the Federal Bureau of Investigation.

In a declassified report released in January the intelligence community concluded that Russian President Vladimir Putin helped the real estate tycoon win the White House, an allegation dismissed both by Moscow and Trump.

“They wanted to hurt our democracy, hurt her (Democratic nominee Hillary Clinton), help him. I think all three we were confident in at least as early as December,” Comey said.

Ahead of the US vote, Trump’s opponent, Clinton, kept complaining about the Trump campaign’s ties with Russia.

“I think this is a big deal, what Russia did in this last election, and it’s a big deal because you know, here is an adversary that directly tried to influence our election through trying to hack our our systems here. And it’s the kind of thing, whether you’re a Republican or Democrat, we can’t allow nations to interfere with our election process. They’re doing the same thing now in elections in other countries. So it’s really important that we investigate just exactly what they did, whether there was any collusion involved, and be able to investigate that and learn from the lessons of that investigation,” asserted the former spymaster.