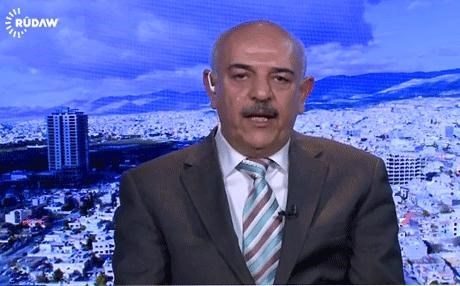 ERBIL, Kurdistan Region — The main armed Kurdish groups opposed to the Iranian government will develop strategic partnerships including in military activities amid an escalation of tensions between Iran and its Kurdish groups seeking more self-rule from Tehran.

The leader of the Iranian Kurdish Communist Party (Komela) Umar Alikhanzada told Rudaw Tuesday that a meeting will gather the six main groups in Iranian Kurdistan to develop “cooperation among the six parties aimed at joint military activities.”

“The current conditions require us to seek more time [to reorganize], but we are prepared for all eventualities this spring,” Alikhanzada said, and added that the parties plan on boosting military organization in Iranian Kurdistan.

He also said that the upcoming general elections in April in Iran will be on the agenda when the parties meet in the coming weeks. Alikhanzada did not elaborate on the date and location of the expected meeting.

The planned meeting comes after Iranian intelligence agencies said last month that Tehran had boosted collection of information and surveillance in the neighboring Kurdistan Region where Iranian Kurdish opposition groups are based.

Commander of the ground troops of the elite revolutionary guards (Pasdaran) Muhammad Pakpour said in February that the upsurge of surveillance was due to the “armed Kurdish groupings” based inside the Kurdistan Region who he said planned to harm the Islamic Republic.

Riyadh, an arch supporter of anti-regime forces in Syria, has also expressed concern over what it sees as Iran’s expanding influence in the Gulf region, including in Iraq.

No group has claimed responsibility for a bombing in Koya in December that killed 7 people and wounded several others at the office of an Iranian Kurdish group, which later accused Tehran of masterminding the attack inside the Kurdistan Region.