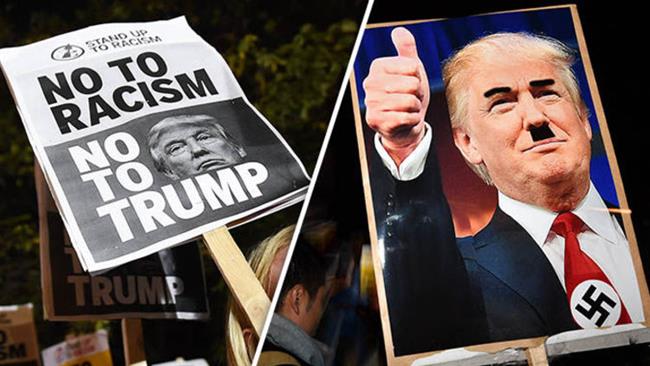 Muslims in the US state of Iowa have called for a hate crime investigation into a threatening note a mosque has recently received.

The hand-written note delivered to the Islamic Center of Des Moines, Iowa, on Sunday warned that Republican President Donald Trump will do to Muslims “what Hitler did to the Jews,” reports said on Monday.

The letter, which was signed by “Americans for a Better Way,” described Muslims as “filthy” and “vile.”

Dr. Samir Shams, the president of the Islamic Center of Des Moines, said Muslims must take such notes seriously, and FBI agents met with members of the mosque and were assessing the situation.

Meanwhile, the Council on American-Islamic Relations (CAIR) called for a hate crime investigation into the incident.

“Some people are afraid to send their kids to school, some of my friends take their hijabs off, some of our friends stop going to the mosque,” said Esam Boraey, a CAIR spokesperson.

Jamal Muhammad, a mosque board member, said it was important for elected government officials to speak against such hate incidents.

“In this climate, we have to take these things seriously because it could escalate,” he told the Des Moines Register.

“Politicians should make statements about this kind of stuff. It would be good to see elected officials—whether they’re Democrat or Republican or what—they should condemn things like this,” Muhammad stated.

In a press release, the Council on American-Islamic Relations said that similar hate-filled messages had also been sent to other mosques.

Figures show that hate crimes have spiked across the US since the victory of Trump in last year’s presidential election.

Trump has been under fire by Muslim and human rights groups as well as his Democratic rivals and many of his Republican proponents since he started calling for a “total and complete shutdown of Muslims entering the United States” during his presidential campaign.

American courts have blocked Trump’s travel ban but the president has said that he is still trying to find a way to impose it.