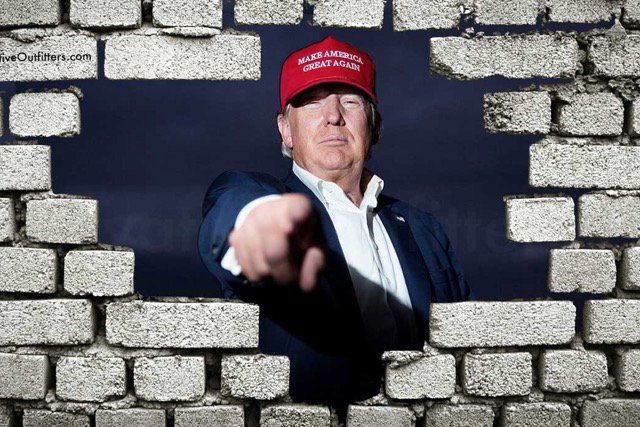 Trump’s Wall!  So are you ready to pay for it?  Taxpayers?

One of the central themes of Donald Trump’s presidential campaign was to not only build a border wall, but to make Mexico pay for it.  The claim didn’t just become an applause line for Trump on the campaign trail, it was a call-and-response rallying cry.

The money will come from U.S. taxpayers and not Mexico, which has made it clear that it’s not paying for the wall.

Earlier this year, Trump backed off his campaign promise and admitted that Americans would end up footing the bill, but claimed Mexico would “reimburse us for the cost of the wall.”

Gulam Jamal, is a Canadian professional who came to the US in 2000 under NAFTA’s TN Visa  program.

The original lawyer made mistakes in his application which opened Gulam’s eyes into the real practice of immigration. So Gulam dedicates part of his time to helping Canadians, Americans and Mexicans with their TN Visa and marriage visas with low cost, highly successful do it yourself immigration solutions.

You can visit his website: TN Visa Expert  and receive a lot of helpful information.

You can download one of his most popular guides, the TN Visa Expert Application Kit to successfully create your application begin working in the USA, Canada or Mexico.

Also, before you apply be sure to read Top 3 TN Visa Mistakes to Avoid  to save you from getting denied.